Durban teen desperate for passport to get to Special Olympics 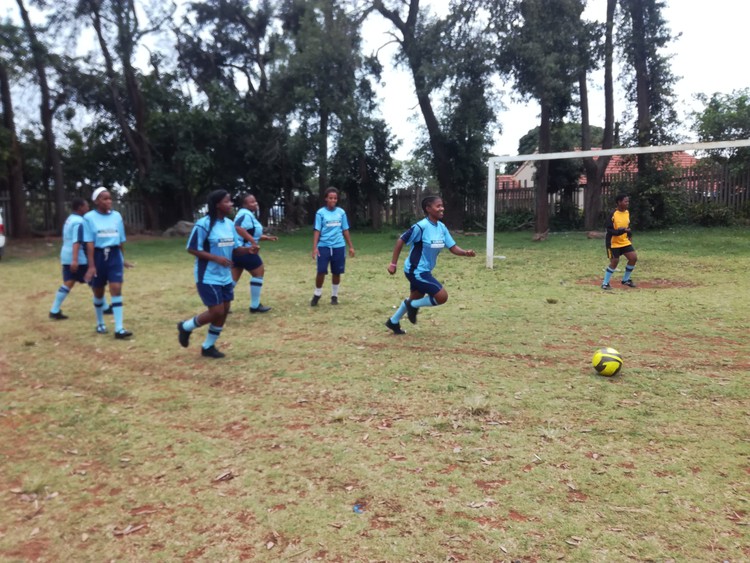 Asisipho Sosibo and seven team mates will compete in the soccer competition at the Special Olympics World Summer Games next year - if she gets her passport in time. Photo: Barbara Maregele

A 15-year-old from Ningizimu Special School in Montclair, Durban has been selected to compete in the Special Olympics World Summer Games in the United Arab Emirates (UAE) next year.

But Asisipho Sosibo says her excitement has been dampened by delays getting her passport at the Department of Home Affairs. “I’m so happy to get this opportunity because we are working hard as a team. But I can’t really be happy yet because I might not be going,” she says.

The Special Olympics will be held from 14 to 21 March in Abu Dhabi, with 174 countries participating. South Africa will send a delegation of 98 people including coaches, media and team leaders.

Sosibo, a grade 4 learner, will compete in the soccer category for teen girls with seven teammates aged 15 to 17. They will be among over 50 other athletes representing South Africa. “We practise every day and our coach and principal always supports us,” she says.

“My family is so happy, especially my mother because I’m her only child. My friends and classmates are happy for me but I’m so stressed with my passport not coming yet.”

Coach Nana Mazibuko says “It would be a shame if Asisipho can’t go with us. She is one of the stronger players on the team. Both the school and Special Olympics SA have written letters to Home Affairs to get this sorted out, but it’s been months and we haven’t got anything yet,” she says.

Contacted by GroundUp, Home Affairs spokesperson David Hlabane said the department was looking into the matter and needed more information “to establish what is the problem is for us to appropriately assist the child”.

Mazibuko says all the learners on the team live in townships like Umlazi and Pinetown. Competing in the Games will not only boost their skills and self confidence, but will change the perception of children who are intellectually impaired, she says.

“Our kids don’t perform well in mainstream schools. This is why we do lots of sports at our school. We have 14 sports codes, one of which is soccer. These kids go through a lot. People where they live and even their families don’t always take them seriously. But now that they are going overseas, they are being respected.”

Mazibuko says she is confident her team will do well next year following their clean-sweep victory at the national competition in Johannesburg in April 2018. “They came home with gold,” she says.

The team has financial assistance from the school and from Special Olympics South Africa, but is still raising funds to cover the cost of training camps before the Games.

Another team member, 17-year-old Khethiwe Shozi, says, “I feel great and we are all excited. This will be my first time overseas and on a plane. My family is happy that I’m going to play overseas.”