Dunoon: the long battle between the taxi operators and the City of Cape Town 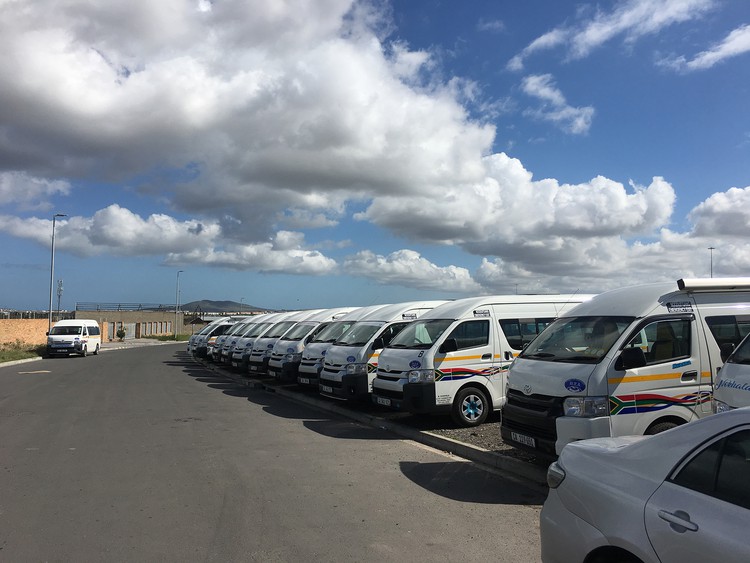 The Dunoon Taxi Association wants more licences for operators who had exited the industry, but the City of Cape Town says this may not be possible. Photo: Peter Luhanga

Dunoon taxi bosses resumed service last week after violent protests triggered by the City of Cape Town’s traffic clampdown on unlicensed minibus taxis in the area. But several taxis were immediately impounded, as the battle between the City and the taxi operators continues.

Commuters in the Dunoon area affected by the suspension of the taxi services held a meeting with taxi bosses last Tuesday. They asked the taxi operators to resume minibus taxi services and form a working committee with Dunoon leaders to negotiate with the City to reissue operating permits, according to Noluthando Ludziya, a community leader and coordinator of the Dunoon neighbourhood watch.

Bus stations were vandalised, cars stoned and set alight and tyres burnt on the roads in protest.

The battle is over operating permits in the Dunoon area and the West Coast. During the roll-out of the first phase of the MyCiTi bus project, taxi bosses were compensated for surrendering their minibus taxis to the City with shares in a MyCiTi Vehicle Operating Company called Kidrogen.

Between 2009 and 2013, says Felicity Purchase, Mayco Member for Transport, the City held extensive consultations, engagements and negotiations with taxi associations whose operations stood to be directly affected by the City’s introduction of the first phase of the MyCiTi service.

“The engagements and negotiations ended with all taxi associations accepting the MyCiTi initiative and 100% of all the operating licence holders accepted the City’s offer of financial compensation in exchange for the surrender of their operating licences and vehicles,” says Purchase.

To date, she says the City has paid out nearly R600 million to minibus taxi operators in this area alone, to surrender 662 operating licences.

But, she says, instead of shares in the new Vehicle Operating Company, some taxi bosses chose to accept the lump sum compensation offer and left the taxi industry. Then, after pocketing these amounts and moving to the Eastern Cape, some later returned to re-enter the taxi industry, purchased new minibus taxis and rejoined the Dunoon Taxi Association.

Qotyiwe acknowledges that some of the taxi owners who accepted the payout have since come back, because, he says, there is demand for their services. “Even those that exited came back and bought taxi vans, and we can’t fight each other as members of the same minibus association. They saw the association is still existing and strong and there was still business as there was a huge demand for taxi services. They all came back and we could not say no,” says Qotyiwe.

Qotyiwe says two months ago, a survey commissioned by the industry had revealed that though some lucrative minibus routes had been paid out by the City, there still existed a huge demand for minibus taxi services to operate on the same routes operated by MyCiTi bus service.

“MyCiTi is unable to handle the volume of commuters during rush hour along those routes.” Some commuters preferred taxis, he said. “We have 87 new members that have recently joined the association.”

Purchase said the City was investigating whether owners who had already accepted compensation as part of the roll-out of the MyCiTi service could get new operating licences.

“Do national legislation and the Municipal Finance Management Act allow the City to issue new operating licences to operators when the very same operators have surrendered their operating licences in exchange for millions of rands? We should also consider the indirect consequences of such a decision. For example, what about other minibus-taxi operators from other areas who have also surrendered their licences for compensation where the MyCiTi service has been rolled out?”

Qotyiwe says the City “should be practical”.