Dunoon land occupiers club together to pay for lawyer 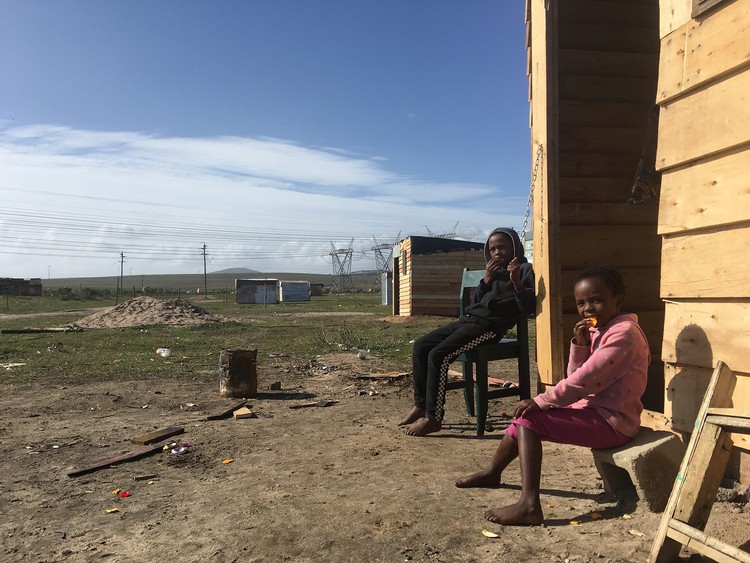 Akholiwe Mbethe and his sister Aqhama Saki outside their mother’s one-room shack at the privately owned land behind Kwa 5 informal settlement opposite Dunoon. Photo: Peter Luhanga.

Two hundred families evicted from land they occupied opposite Dunoon have clubbed together to pay for lawyers to help them fight an interdict.

The landowner was successfully granted a court interdict against occupation of the land last year in the Western Cape High Court.

On 25 April the deputy sheriff for Cape Town north, Johan Erasmus, and a large contingent of the Red Ants and the police, moved onto the land and demolished 110 shacks.

But the shacks were rebuilt the following day by their occupiers.

One of the leaders of the occupation, Lungile Ndaliso, said the occupiers had appointed advocate Thulasizwe Twalo to represent them.

The occupiers had each paid R100 to pay for legal representation.

The case is headed to the Western Cape High court this Thursday, Twalo told GroundUp. He said he was representing about 200 families in an application for leave to appeal.

This is unusual. Sometimes people facing eviction may be able to get the free services of a public interest law firm that will also cover the cost of advocates’ fees. Here the community has decided to club together to cover their legal fees, albeit probably at a highly discounted rate.

The land occupiers, who came from the overcrowded Kwa 5 informal settlement and from other informal settlements around Dunoon, say they have lost thousands of rands since the landowner and the sheriff started enforcing the interdict. R100 for legal fees in this context likely seems worth it to the occupiers.

At the site on Monday, GroundUp saw about 100 shacks that had been rebuilt. The residents had hung up laundry on a makeshift clothesline. Young children and household pets were walking around.

“Since we started occupying this land in March last year our homes have been demolished eight times and I lost R15,000 in shack materials that they confiscated and household items. We just voted in the general elections and we don’t see the benefit of it,” said Ndaliso.

Since then it had been a battle as the landowner, through the sheriff of the court, had hired private companies to evict them. “It’s painful to watch our homes demolished every time and our belongings confiscated. We have been reduced to beggars.”

Ndaliso said that after appointing an advocate, they had installed pipes to tap water from an underground pipe.

At present they use the nearby bushes as a toilet but they have plans to buy bucket toilets.

Erasmus said he was waiting for lawyers for the land occupiers to file necessary documents.