The dumping of former farm workers can never be justified

There should be a moratorium on farm evictions 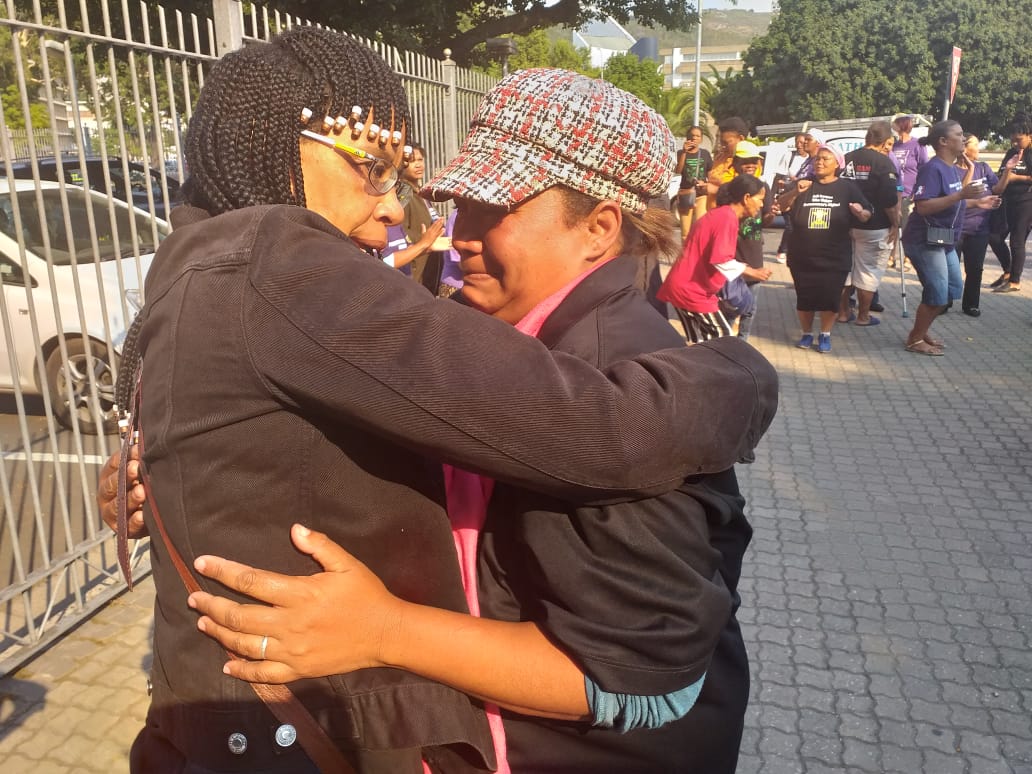 Petersen worked on the farm when she was 14 years old, left the farm for a short time, and returned later to work on the farm for 10 years, including in the cheese factory and the cellar. According to Petersen, she was unfairly dismissed because of a broken window in the cellar. She took the matter to the Commission for Conciliation, Mediation and Arbitration (CCMA) and she received a settlement amount.

Bouma says when the court ruled on the eviction, Petersen told the sheriff of the court that “she did not want to be taken to the alternative accommodation” provided by him but “wanted to be dumped on the street outside our farm… so that she could get the maximum amount of publicity”.

Petersen did not tell the sheriff all this. She only told him that she did not want to be moved to La Rochelle because it is overcrowded, has a high violent crime rate, lack of electricity, minimal access to adequate water, and unhygienic communal toilet facilities. She did not say she wants to be dumped outside the farm. She and her family are facing increasingly vulnerable conditions on the street outside Anura. However, she considers the unprotected life on the street safer than the conditions in La Rochelle informal settlement.

Bouma also claims that her husband and father “were arrested and charged with theft of diesel, which they were allegedly reselling on the farm”.

Christopher, Petersen’s husband, was never found guilty of this. Farmers often criminalise farm workers on spurious grounds, without ever laying formal charges against them. For the record, Christopher Petersen denies any wrongdoing.

This is not true. They were effectively forced to do so by the actions of Bouma. He disconnected their electricity two years ago, thereby effecting a constructive eviction. The couple were forced to temporarily move off the farm where they had lived for more than 40 years. With no means to legally fight Bouma, they now live an uncertain existence with their daughter in an overcrowded dwelling that can hardly accommodate them. Farmers often use the disconnection of water and electricity as a means to constructively evict farm dwellers.

Bouma says the Paarl Magistrates’ Court and Land Claims Court “weighed the evidence and competing rights of the Petersens and the Boumas and granted an eviction order against the Petersens on 15 October 2019. This gave the Petersens just under four months, until 7 February 2020, to find alternative accommodation.”

There are countless problems with eviction court hearings, including Land Claims Court processes. There are inconsistencies in the way different magistrates interpret and apply the law, leading to different outcomes; the Land Claims Court does not have permanent judges, only acting, rotating judges. It is for this reason that a Bill is currently being drafted to create a Land Court, which will have permanent fixed judges.

The Extension of Security of Tenure Act

Here he is referring to the current provisions of Extension of Security of Tenure Act (ESTA). Women on Farms has for many years been highlighting the shortcomings of ESTA, especially the link between employment and tenure. This often results in the eviction of dismissed workers and widows. We have been lobbying for secure tenure, housing and land for farm workers and dwellers. ESTA currently does not reflect the situation of farm dwellers like Petersen who was born on a farm, lived and raised her children there, but was traumatically, albeit it “legally”, removed from the farm and “legally” dumped at the roadside.

The Petersen eviction highlights the shortcomings of the Act, and of land reform, the lack of institutional support, unequal agricultural landholding patterns and increasing spatial inequality (high-value low-density secure farm living for the wealthy, as opposed to high-density living in crime-infested informal settlements for farm dwellers evicted from farms).

Municipalities lack mechanisms, resources and political will to provide decent alternative accommodation where eviction orders are granted. There is no prescribed uniform standard for alternative accommodation. Evicted women often receive four poles and a few zinc sheets from which they must construct their own dwellings. Rural slums are being created by municipalities who erect shacks to accommodate farm evictees.

Families who have lived on farms for generations now live in overcrowded conditions, exposed to crimes typical of high-density urban living. They are sentenced to a life of extreme poverty, mostly dependent on child support grants and irregular income from casual labour.

A developing trend in especially Drakenstein and Stellenbosch municipalities, is the removal of vineyards to make way for luxury housing developments, which increases evictions and reduces agricultural employment opportunities drastically.

It is surprising to see how speedily applications for luxury housing developments are processed by authorities, while the development of social housing takes place at a snail’s pace. The Anura Lifestyle project is a case in point. Farm dwellers remain on long waiting lists for decent housing, while not far from the slums they live in, are multi-million rand houses being built on land where they once worked and lived.

ESTA stipulates that the courts should not grant evictions unless municipalities are able to provide alternative accommodation. However, courts are clearly granting evictions even if evicted families like the Petersens are going to be dumped on the side of the road.

Women on Farms calls for:

Louw is co-director of the Women on Farms Project.