Drought: the silence of the city councillors 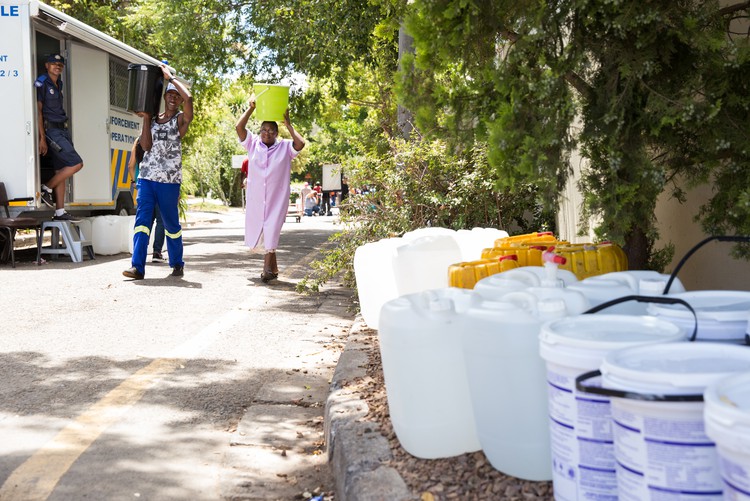 By Ashraf Hendricks and Mary-Anne Gontsana

What are city councillors doing to help solve Cape Town’s water crisis? GroundUp randomly selected 20 councillors across the city and sent them questions on 31 January. By today, most had not bothered to reply.

The questions we asked:

The replies we got:

Since the City of Cape Town started its awareness campaigns around saving water and the build up to Day Zero, water has been a priority topic on various meeting agendas. These meetings include the Ratepayers’ Association, CPF (Community Policing Forum) meetings, ward committee meetings, the health committee I serve on, and also our road shows. My ward is relatively small, so attendance varies. In addition, City of Cape Town social media alerts have also been posted on various Facebook groups within my ward.

As a councillor, my role is to give feedback on our water crisis based on the information provided by the City and to be the interface with my residents, particularly when it comes to issues that may arise during this crisis and if Day Zero occurs. During the water crisis, I will continue to emphasise that residents adhere to the City’s Level 6B restrictions to reduce water usage to under 50 litres per day.

I encourage everyone to be conscious about saving, so we can avoid Day Zero. Residents are encouraged to immediately report any leaks or pipe bursts where they see them to the City. Service request pamphlets with all the contact details have been distributed.

We had public meetings in December where we highlighted the water crisis.

I’ve got about 6 developments within the ward. There were problems with people misusing drinking water and we had engagements with contractors.

We’ve been busy. There are campaigns and we are giving out leaflets. We also plan to target the schools with the help of the churches.

Four public meetings in my ward over the next three weeks to give residents the information on water saving and the forward planning by the City of Cape Town.

I send out a bi-weekly newsletter to over a thousand residents which contains many details on water saving and also directs them to the City website to get up to date info on water matters.

We held a meeting for ward residents at the Sea Point High School on 23 October where a presentation on water was made to 99 people.

At each ratepayer meeting and ward committee meeting for the last several months, water has been the main topic of conversation. I have given feedback from the City about the crisis in terms of what we are doing and what residents should be doing. I also meet residents on the promenade daily and at info tables at The Point shopping mall where the topic of conversation is invariably about the drought.

I regularly update residents in my ward on my Facebook page with the weekly media releases from the City on the drought and more recently, the City’s emergency response in case we reach Day Zero. Earlier this week I suggested on both Facebook and Twitter that coffee bars like Bootleggers and Vida e Caffe use paper cups to save on washing during the 150 days of using 50 litres or less. This has been favourably received by both coffee houses as well as residents.

On 1 February 2018, a meeting was held with the sports codes explaining the sports fields and the non-use of water. 40 communities of sports attended. It was then arranged to bring a truck to provide non-drinkable water to see if it will solve the crisis. On Saturday 3 February 2018, an open air meeting was arranged and only 20 residents attended and the collection points were discussed.

The community does save water and it’s only the officials that take long to repair water meter leakage. Some are two to three weeks outstanding.

I have had community meetings at which we have discussed matters relating to the water crises. I also provided feedback at ratepayers’ association meetings.

At the community meeting I hosted in September last year, I invited officials to provide residents with information about the drought and the desalination initiatives which the City is now implementing.

We continue to provide information regarding the crisis and I urge residents to adhere to the restrictions. Water wasters are reported and leaks are reported urgently and residents are requested to be the eyes and ears of Law Enforcement and to assist where possible. I am in the process of planning a campaign which will further enforce awareness of the drought and the restrictions which are in place. I hope to kick off the campaign in the next few days.

We are doing as much as we can to make sure that the community saves water. So far we have shut down many carwash business and during some of my walkabouts of the area, I come across of a lot of water wastage which I stop. Like people using hose pipes or leaving a tap running. We also held a ward meeting recently, on Sunday in Nkanini, with the community, where we spoke about the Day Zero issues and how we can continue saving water.

The councillors who didn’t reply

Emails were sent to all 20 councillors on 31 January. On 7 February we followed up with phone calls to those who had not replied to our emails. Here’s what happened:

Marita Petersen, Ward 68 (Lavender Hill and Steenberg area): Busy with the Mayor, “will respond once she is free”.

Angus McKenzie, Ward 50 (Bonteheuwel area): Dealing with two office break-ins, promised to look at email when he has time “but it won’t be today”.