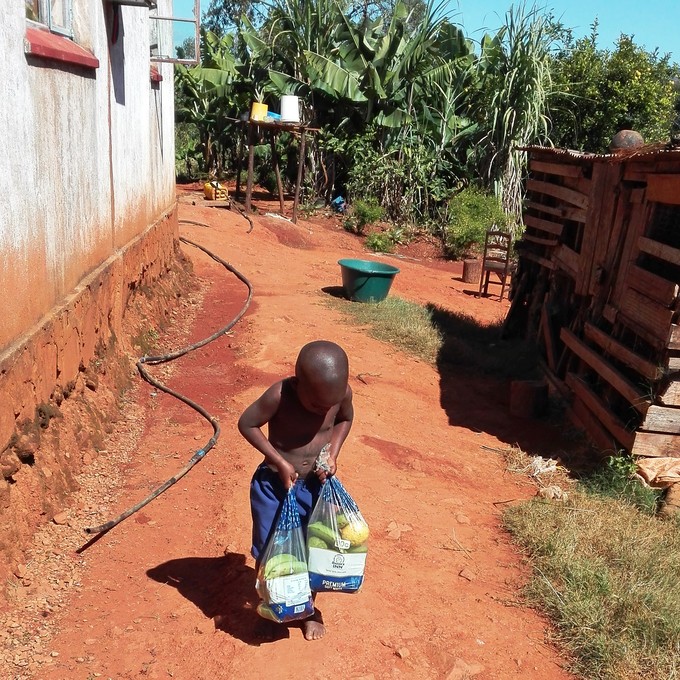 Years of neglect have left villages like Chikwidzire outside Espungabera in the largely rural Manica province of Mozambique a backwater. Many people travel on foot to neighbouring Zimbabwe for bus services and clinics. Young men trek the thousand kilometres to work in the mines of South Africa, often marrying local women, and abandoning their responsibilities to their families back home.

But three years ago, women in Chikwidzire, one of the poorest regions of the country, started to raise dairy cows and grow grass to feed them for the first time.

“If we don’t farm yam, pigs or sorghum, we have few options to feed ourselves and children,” says Adelfo*, who was left behind with four children by a husband who emigrated to South Africa four years ago and never returned.

“I try to plant one hectare of yams every year. The crop forms our breakfast and dinner. Yams, we can keep fresh for four months after harvest and feed to calves too,” she says. Adelfo is 44 and has just five years of primary school education.

Rural women have no title deeds and struggle to access banks or credit. “How can I write and read bank papers sensibly?” asks Adelfo. “It is also a social problem to openly sign a contract without your husband being present. It is seen as rebellion from the marriage.”

Money-lending syndicates scenting profit stepped in amid the desperation. In reality, these echimbadzo - as the money gangs are called in local Ndau - are flush with US dollars and South African rands, rumoured to be obtained from illegal gold extractions in the rich Chimanimani mountain belt that serves as the loosely policed border between Mozambique and Zimbabwe.

The echimbadzo promise “easy loans”. They loan out dairy calves and $300 in informal loans for Chikwidzire women to raise cattle for milk. The repayment terms are harsh on close inspection. For every calf loaned, one milk calf plus $200 (in addition to the $300) must be repaid to lenders in 18 months.

One such loan maker is Charles Gezi. He says, “Loans are win-win for us and the women in times of good harvests. They get calves as seed wealth; we charge a profit.”

Asked about high repayment terms, he says, “The money isn’t ours … We also work for bigger merchants in cities. Every cent must [make a] return.”

Elsa*, 41 years old and a mother of two, had seven milk cows at one point.

“Cows began to thrive from 2013 to 2015,” she says. “Every fortnight, I would fill two 20 litre buckets with raw milk and send to Espungabeira town for sale to bakeries, crèches and markets … This was a lifesaver. My husband has not returned from South Africa in the last five years.”

“It is a taboo in our local Ndau customs for us women to negotiate and obtain a loan or credit without a husband’s say-so. We face divorce or marital beatings if our husbands return from South Africa and find we have done so,” says Elsa. “Because local men, when they see their wives left behind have independently borrowed calves to raise milk livestock, will consider it as disrespect and adultery.”

This year, drought in Mozambique has ravished maize crops and resulted in the culling of a record number of milk goats, sheep and cows.

With no crops to feed their dairy animals, women in Chikwidzire district and Manica province took out loans and struggled to repay them. Lenders pursued them.

“They [money lenders] seized furniture, exacted beatings and demanded sexual favours for debts … They say give up your furniture, your mango fruit produce … or go to bed. It is a painful choice.”

Gezi says, “We simply demand household furniture as repayment for our loans in drought season. Some women, finding themselves cornered, propose to settle with their bodies. It is not our problem.”

The echimbadzo are considered violent and are said to bribe impoverished local chiefs and sway dispute negotiations their way. Failing female dairy farmers surrender in silence.

“Modern courts are 300 kilometres away in Chimoio city. Who of us then can afford to talk to a lawyer?” asks Elsa.

Women such as Adelfo are in a dilemma. “We can’t report these sexual pressures to our husbands. We will be blamed for taking out loans and being promiscuous. But we are not.”

*Names have been changed to protect the women’s identity