Avanza drivers forced to turn around 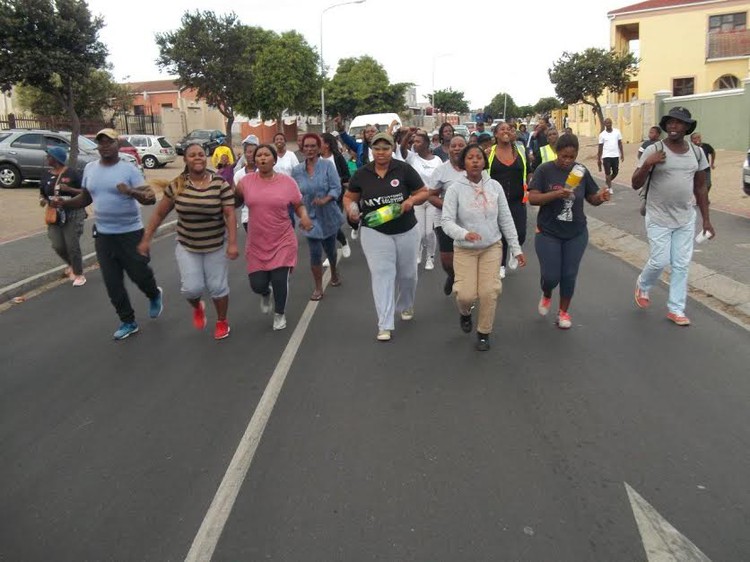 Dozens of angry protesters burnt an Avanza vehicle, stoned others and prevented Avanza drivers from transporting people in Gugulethu over the weekend.

The residents forced Avanza drivers to turn back near Gugulethu Mall, on Steve Biko Road and other busy roads.

Community leader Jongi Sokrowa said the residents did not want Avanza drivers to operate in Gugulethu because they are seen as committing crimes.

A 20-year-old woman, who refused to give her name for fear of victimisation, said a gun-wielding Avanza driver had attacked her and other residents at about 9pm on Saturday in NY78.

“An Avanza driver pulled up beside a shop where I was buying bread and fired shots at everyone in sight. We ran away,” she said. The protester said the Avanza driver had confronted and ordered her at gunpoint to reveal the names of protesters who had stoned Avanzas earlier on Saturday. “He slapped me and hit me before photographing my home with his cell phone,” she said.

“He said he would come back but I will fight back.”

Protester Mnoneleli Mdonga said two youths in an Avanza had robbed his neighbour of a car at gunpoint about 1am last year in NY 100. The police managed to recover the car because it had a tracker, he said. “The Avanza drivers give us hell here. Last week they abducted a schoolgirl.”

“I feel scared when I ride an Avanza. Now I would rather walk, ” he said.

Protester Busi Viko said: “Avanzas are important as they are our means of transport to the malls and main taxi ranks, but we feel unsafe and uncomfortable riding them.”

Viko said she and other residents want minibus taxis to operate in Gugulethu like in Khayelitsha.

Chairperson of Kiki Murray Taxi Association, Vincent Mkhangeli, said he had instructed Avanza taxi drivers not to work until taxi owners met the residents to discuss their grievances on Monday.

Addressing the angry residents outside Gugulethu Police Station, he said: “We will work with you to remove thuggish drivers from our roads because we want you to travel safely to your destinations.”

Avanza drivers also robbed owners’ children in Gugulethu, said Mkhangeli. He said owners would tell residents where to report their complaints and would “deploy a team” to ensure that residents are safe.

Zuko Nqweshi, vice-chairperson of Kiki Murray Taxi Association, said: “We report the thugs to the police, but they release them.”

But Western Cape Police spokesperson Captain FC van Wyk said that the police did investigate crimes involving Avanza drivers. “In most cases, there is no positive identification of the vehicle used,” he said.

Van Wyk said the cops were investigating a murder case involving an Avanza driver. “It is alleged that the assailant did run away from the scene and got into an Avanza and fled. The Avanza was traced and seized for further investigation.”

Police were also investigating a case of public violence following the burning of an Avanza on Saturday, said Van Wyk.

Are you an Avanza taxi driver operating in Gugulethu? We’d like to hear your side of the story. Please phone or email GroundUp.