Triumph for amateur cast at the opera house 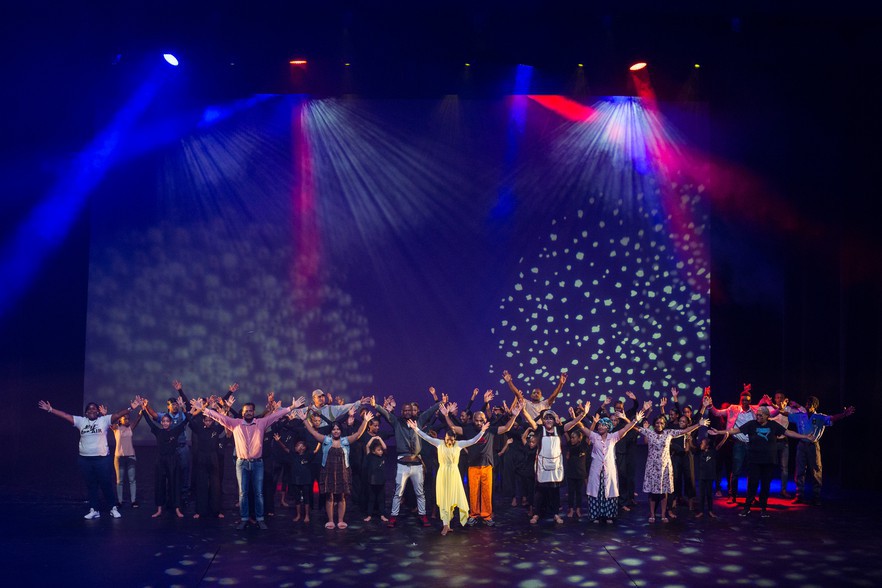 Don’t Miss Your Turning Point was performed to a packed audience at the Artscape Opera House on Saturday.

On Saturday night the Arstcape Opera House was packed to capacity. The performance on stage was not by professional actors, but by an untrained cast which included some former gangsters from the Cape Flats. It includes singing and dancing and the 50 strong cast received a standing ovation and rumbling applause, a testament to what can be achieved when opportunities are made available. 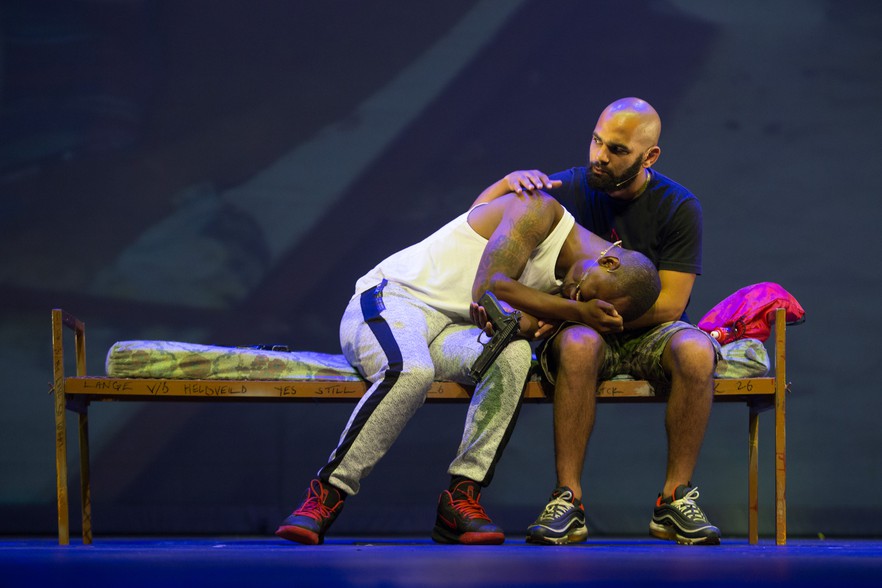 Gordon De Bruin and Urswin Engel play the leads in Don’t Miss Your Turning, which aired for the first time at Artscape.

Don’t Miss Your Turning Point is about two brothers in Hanover Park, played by Gordon De Bruin (Wesley) and Urswin Engel (Quinton). The story is about their struggle to find themselves in a neighbourhood that seems set on trapping them in a life of crime. Although not professionally trained, the chemistry between the two leads was believable and riveting.

One of the strongest scenes revolved around a discussion about food. Dreaming of something to eat, their imaginations took flight, taking us with them on a playful journey about gatsbies and the ingredients for lasagna.

Gordon’s Wesley, the bad boy, tattoo-covered gangster, with not one but two guns, turns into a kid filled with excitement about the idea of eating lasagna. He won over the audience, poignantly reflecting the boxed in lives of many who never leave their neighbourhood of Hanover Park. 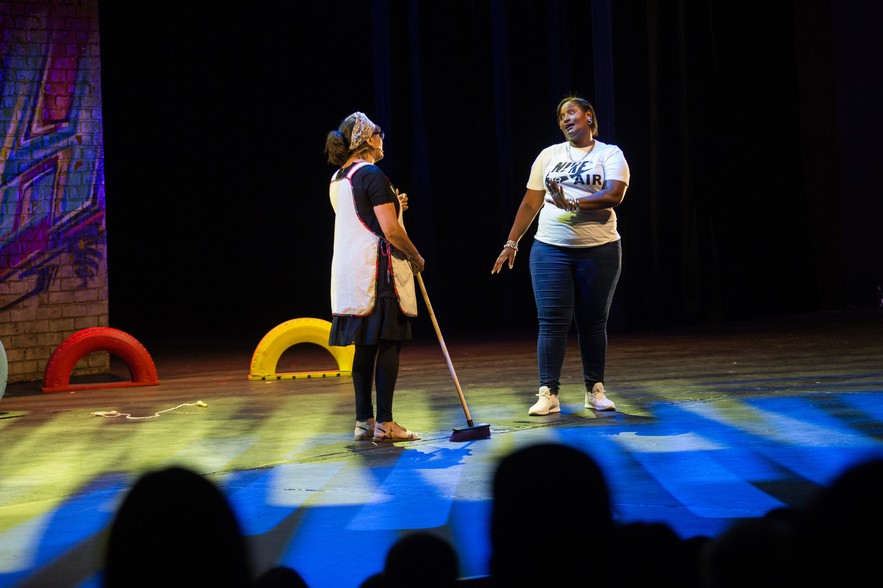 Crowd favourites, “the gossip girls”, were played by by Edwina May and Delcarmi Domingos.

The audience especially responded to “the gossip girls”, played by Edwina May and Delcarmi Domingos. At the start of each scene the two women chat about what is happening in the neighbourhood. Almost every scene with them had the audience slapping thighs with laughter. Their causal banter and familiar relationship had many older women in the audience nodding, “jis”, in agreement. 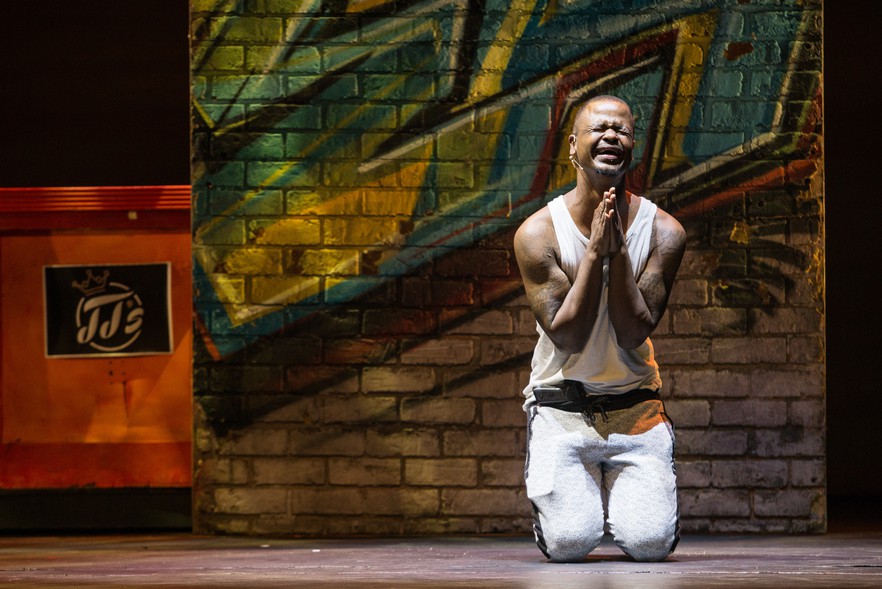 The show was produced by the First Community Resource Centre, an organisation that provides with counselling, substance abuse rehabilitation and gangster reform services. Some of the older performers have been through its programmes. 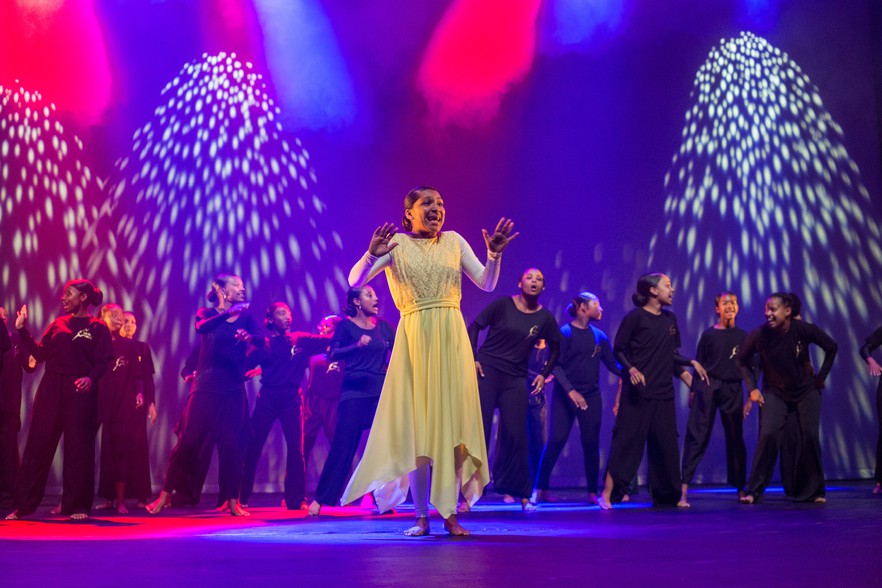 The script was written by Tammy Matthews (above) and Devon Swartz. Matthews did the choreography for the production. She also dances in the play.

Simone Heradien, Marketing Manager for Artscape, said that in the past, protest theatre brought to light the atrocities of apartheid and was used to expose human rights issues. Today, art is still used “to highlight our current social ills including societal challenges such as poverty, crime, and abuse”, she said. 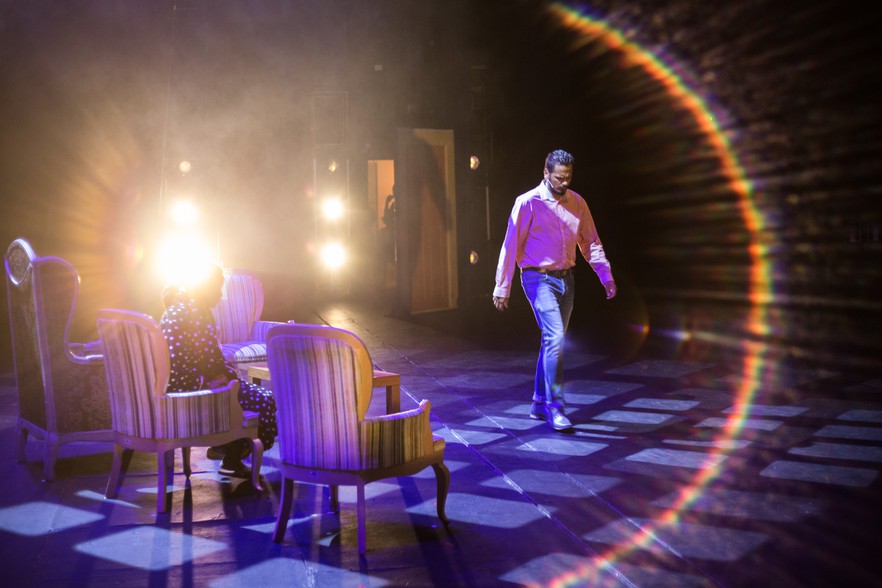 Devon Swartz, who is also one the scriptwriters, juggles the roles of a father and a pastor.

The play is steeped in Christianity. Each scene ends with a person speaking to god, revealing the internal struggles of the characters and their mental anguish. The tension was then relieved by choreographed dance sequences.

Audience member, Belinda Meyer, who is from Hanover Park, was especially moved by one scene in which people came running out to take pictures and selfies with a body after a shooting incident. Many people have become that insensitive, she said. “We just go with the motion and are not realising that there is a human being that has lost their life,” she said. 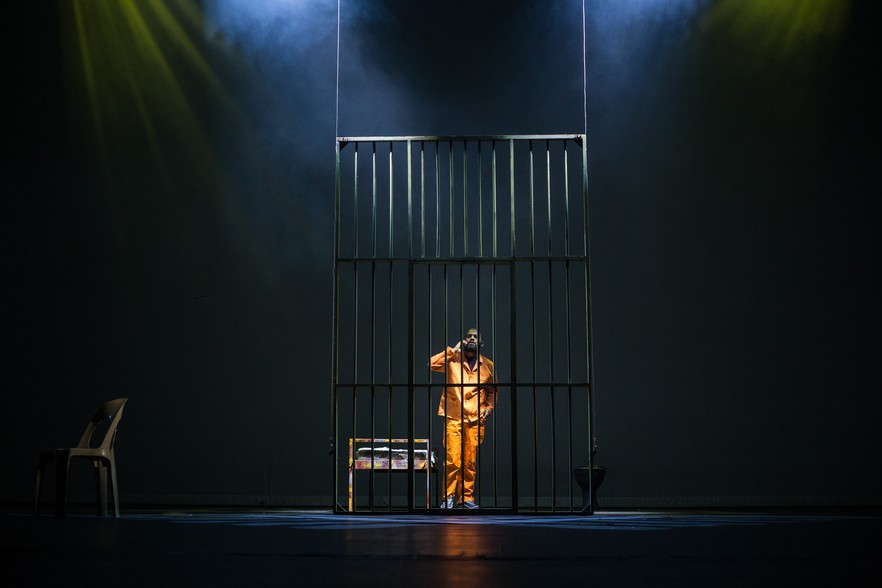 Urswin Engel plays Quinton, who finds himself in prison after taking revenge for a family murder.

Willy Mathys from Kuilsriver said: “They are outstanding actors … It’s necessary to tell these stories.” He said the show “only depicts one side of the faith community” and it somewhat overlooked people of other faiths that play a role in community development in Hanover Park. 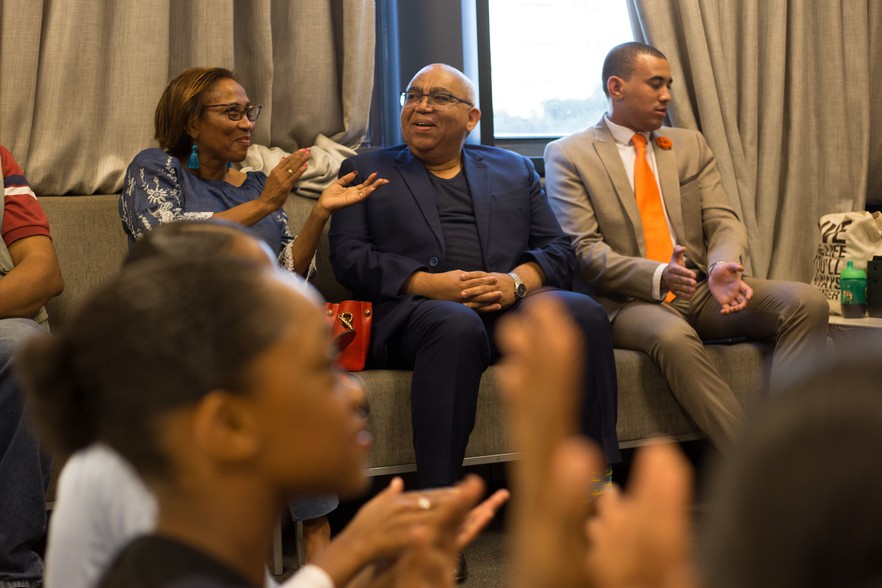 Minister of Community Safety Albert Fritz, who is from Hanover Park, came out to wish the performers well and support the performance. 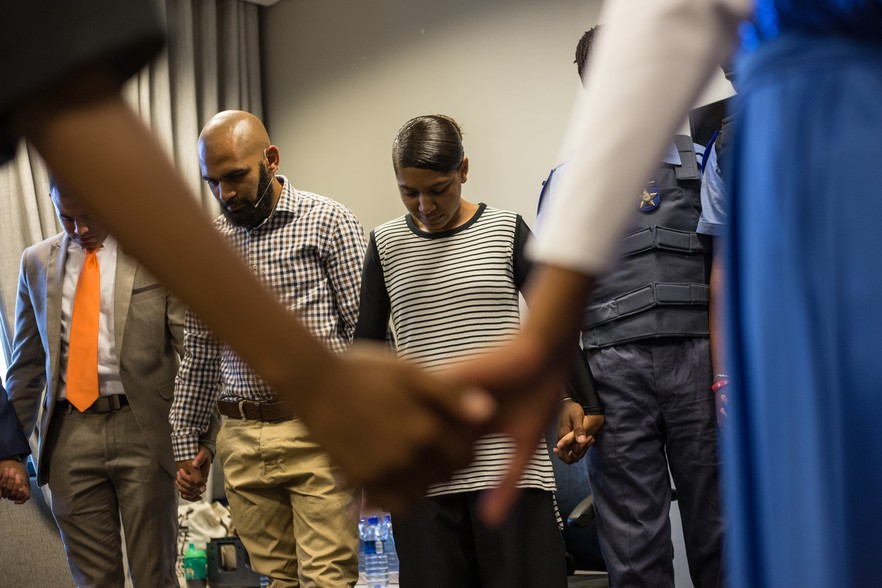 The performers held prayers before taking to the stage. 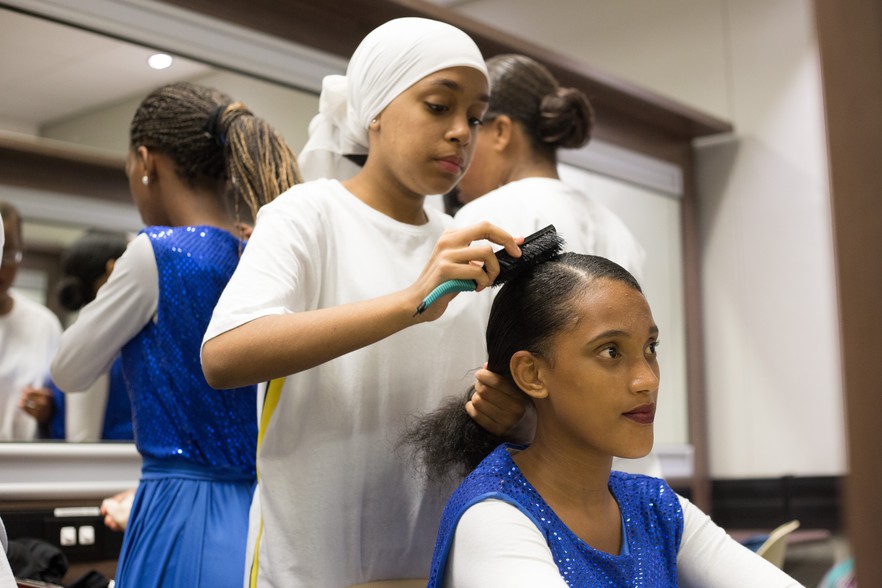 Young dancers help each other by doing their own makeup and hair. 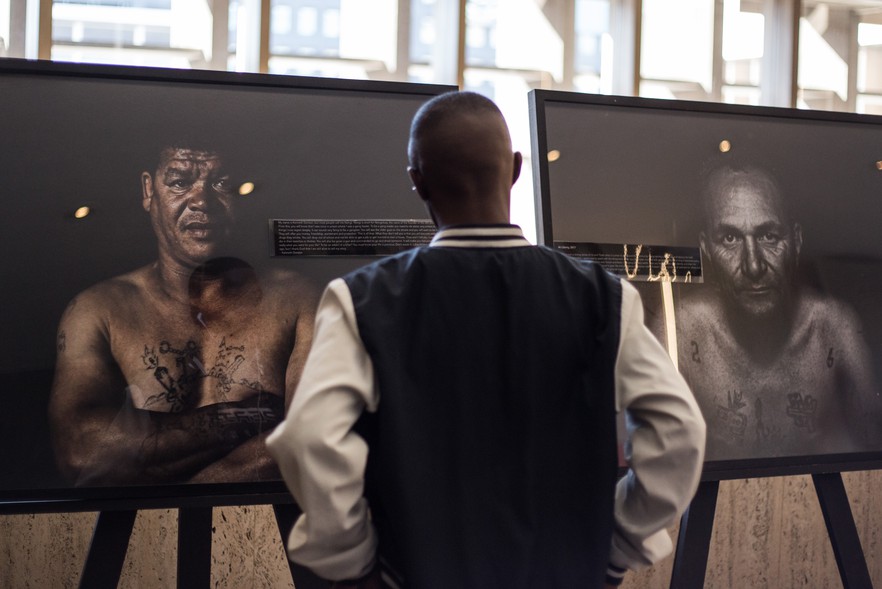 An exhibition by Lee-Ann Olwage, titled ‘the Interrupters”, was on show in the lobby of the Artscape Theatre. The photos are of reformed gangsters who share their stories in accompanying text. Some of those photographed were in the play