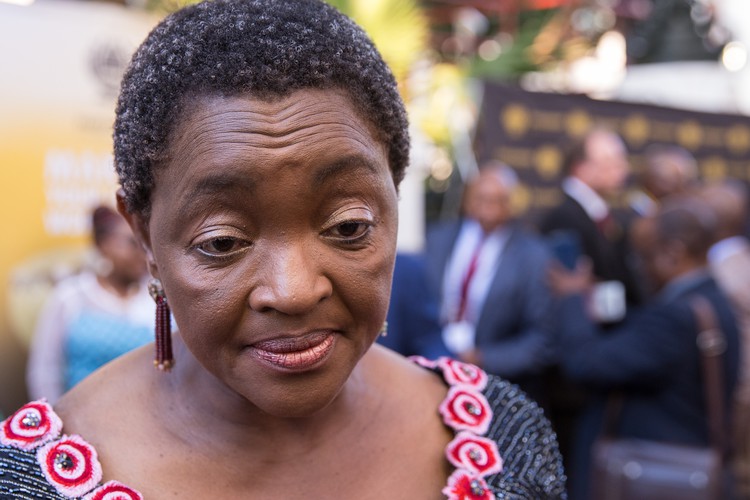 Bathabile Dlamini, former Minister of Social Development, has at last paid R650,000 in legal costs owed to the Black Sash Trust and Freedom Under Law.

Dlamini has avoided paying the costs for more than two years, ignored letters of demand and changed attorneys in the process, according to a recent statement by the Black Sash Trust.

“Our organisations have persisted in holding her accountable and ensuring the Court’s order is enforced, even approaching the Sheriff of the court for assistance,” the statement read.

The court ordering Dlamini to pay a portion of the legal fees of the Black Sash Trust and Freedom Under Law “sent an important message that public officials must be held to account for their actions”, according to the statement.

Lynette Maart, national director of the Black Sash, told GroundUp that it has been a long process to get the cost order and to get Dlamini to pay the costs.

“Most of 2020 we struggled to get payment from her,” said Maart. The Black Sash considered different tactics to get her to pay the costs, and eventually decided on a media campaign, which seemed to have worked.

Background to the cost order

In March 2017, the Constitutional Court ruled that Cash Paymaster Services (CPS), a company contracted by the South African Social Security Agency (SASSA) to pay social grants, continue paying social grants for another year, putting an end to uncertainty surrounding the payment of grants, even though the contract was ruled unlawful.

Maart told GroundUp that at the beginning of 2017, it became clear to the Black Sash that SASSA had no plan in place when the CPS contract ended (at the end of March 2017) and that the organisation had to intervene. Maart said that SASSA wasn’t ready to take over and that there “was a crisis at hand”.

In April 2017, a letter was sent to the Constitutional Court by former SASSA CEO Thokozani Magwaza, which accused Dlamini of “parallel decision making and communications processes that bypassed SASSA officials”. The court ordered that an inquiry be set up to investigate the allegations made against Dlamini.

The five-day inquiry commenced in January 2018, during which Dlamini was called to account for the social grant crisis. Later that year in September, retired Judge Bernard Ngoepe ruled that Dlamini was to pay 20% of the litigation costs from her own pocket.