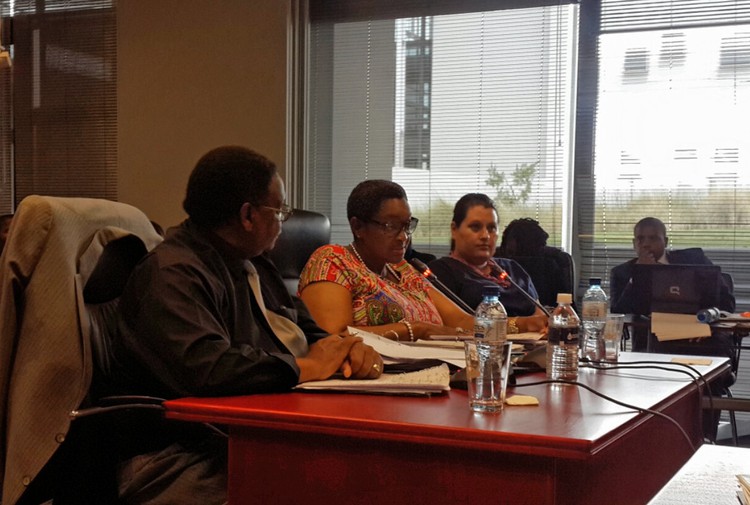 Minister of Social Development Bathabile Dlamini ignored legal advice to warn the Constitutional Court that the South African Social Security Agency (SASSA) would not meet the court’s deadline to take over the social grants payment system.

This emerged on Thursday during the inquiry into her actions at the Office of the Chief Justice in Midrand.

Dlamini said SASSA had not informed the Constitutional Court that it could not meet the deadline because it needed time to make a “meaningful submission”. This was despite the fact that she received legal advice to inform the court.

Last June the Constitutional Court ordered this inquiry into Dlamini’s role in the social grant crisis. In October 2015, SASSA had promised the Constitutional Court that it would take over the payments of social grants by 1 April 2017 from the private company that currently does it. But it failed to meet this deadline. The inquiry started on Monday.

The inquiry, chaired by retired Judge Bernard Ngoepe, is trying to determine

Dlamini had told the hearing on Tuesday that she had only found out in October 2016 about SASSA potentially not meeting the deadline. This was despite a letter from SASSA to its lawyers warning of this possibility six months earlier.

Maleka read from a legal opinion by SASSA’s lawyer, Nazeer Cassim: “Our concern is that SASSA has all along been pulling the wool over the eyes of the Constitutional Court. If the court is not approached and told about the possibility that the deadline might not be met, then it is misleading the court.”

“We are of the view that the Constitutional Court will have to be informed of the change in the status and of SASSA possibly not meeting the deadline,” read Maleka. He asked Dlamini how she had responded to this legal advice.

“I advised that the work streams had to go and consolidate their work. The inter-ministerial committee agreed that we needed to consolidate a meaningful submission that outlined the clear phases of the project,” answered Dlamini.

Judge Ngoepe intervened to confirm that Dlamini only saw Cassim’s legal advice for the first time on 5 October 2016.

Dlamini responded: “Yes, Judge, and I even asked Mvulane [Zodwa Mvulane, project manager of the work streams] and Ramokgopa [Raphahle Ramokgopa, Acting CEO of SASSA] why I didn’t see this, and they admitted that they made a mistake.”

But Maleka responded that a lawyer and advisor had stated clearly that SASSA had to approach the court urgently. Yet SASSA did not approach the court at all. It was the Black Sash and other NGOs that approached the court in December 2016 to “rescue this crisis,” said Maleka.

“There was no crisis in December,” answered Dlamini, despite it being three months before the deadline.

On Friday Thokozani Magwaza, former SASSA Chief Executive Officer, is to take the stand. Dlamini is no longer obliged to attend.