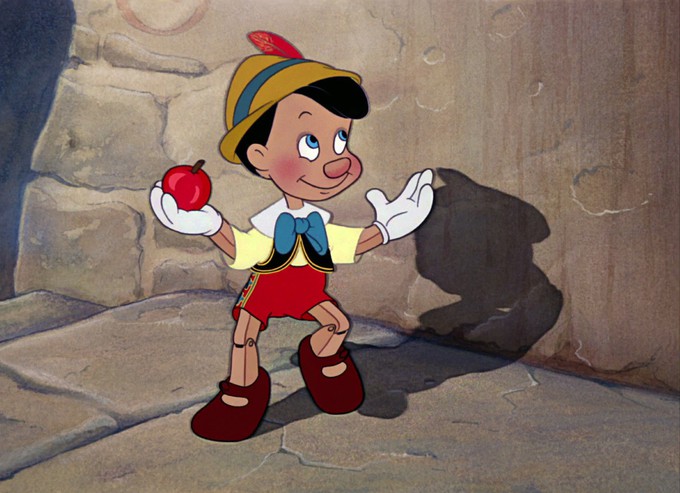 We need to distinguish between outright lies and bias. Screenshot of Pinocchio from the trailer for the film Pinocchio (1940), from Wikipedia. (Out of copyright)

By Jacques Rousseau and Nathan Geffen

Objectivity is impossible to achieve. We all have our biases, and on top of that, we all have brains that work to confirm those biases, and to undermine the impact of information that could change our minds.

In all of this activity, though, we have poorer prospects of success when we fail to call things by their proper names, or share the same understanding of a term.

You might know that “post-truth” was named “word of the year” by Oxford dictionaries. But does that word mean that the speaker doesn’t care about the truth (whether she says something true or not); that nobody cares about the truth; or that we are no longer able to discern between truth and falsehood?

My question has a commonly-agreed upon answer (namely that the emotional appeal of a statement to an audience is more important than its factual accuracy), but definitions shift, and are also often dependent on audience. It takes concerted effort to clearly define, and then constantly defend, one particular application of a word.

This effort is however worthwhile, because what we call things matters. The word “lie” or “liar” speaks to intent to deceive, and to considering oneself outside of the usual realm of being accountable to the facts, and to the correction of one’s peers.

To be called a liar is to be the subject of a strong moral judgment – far stronger than being accused of merely having a bias. The words we choose to describe something or someone therefore signal the extent of our disapproval, or the extent of the problem.

And this is why we need to be more careful with the phrase “fake news”, which has rapidly become a catch-all term for both news that is empirically false (which should of course not be called “news” at all) as well as news that speaks from a certain perspective, and is likely to confirm our existing biases (whether in favour of, or in opposition to, the topic at hand).

Fox News is conservative, in general speaking to the Republican voter, while CNN leans liberal and Democrat - and while both these sources, as well as all other media, can be classified on a spectrum of bias, this rarely justifies the claim that they lie; rather, they tell “one side of the story”.

You might think the distinction trivial, or even non-existent. But compare the “news” that Pope Francis endorsed Donald Trump with, for example, Fox News showing pictures of Trump’s inauguration from an angle that exaggerates the size of the crowd.

The former story is false in all respects, and doesn’t serve any agenda other than driving traffic to garner ad revenue. The latter is a framing device for presenting a flattering perspective of a particular political ideology, and it only becomes an overt falsehood or a lie when a Fox News anchor explicitly uses it to refute claims that the crowd was unusually small.

To be clear, I am not arguing that it’s desirable to mislead in this more subtle way, or to stop even trying to present a balanced perspective. My claim is that there is a spectrum of wrongfulness, as is usually the case, and that “fake news” refers (or should refer) to something different to a misleading or partisan report, namely something fake, rather than something you don’t agree with.

It’s for you to consider which is the greater moral evil, or to what extent it’s our fault that we are susceptible to fake news at all, thanks to not being attentive and critical enough.

Furthermore, it might be worth considering whether our current obsession with “fake news”, and our liberal application of the term, is just another way to dismiss things without thinking about them.

After all, if we can dismiss information we don’t like by calling it “fake news”, we not only compromise our ability to make distinctions between bias and bullshit, but we also undermine our ability to expose the biases, not only of others, but also ourselves.

Shaka Sisulu accused AmaBhungane of fake news for reporting the ANC’s plan to set up a disinformation campaign before the 2016 local elections (ironically the plan allegedly involved printing fake EFF posters). There might or might not be errors in AmaBhungane’s report, but it is not in any meaningful sense fake news.

Fake news is becoming an overused term. It is commonplace to brand articles with errors in them, or simply that one disagrees with, as fake news.

The term accurately describes entirely fabricated stories, such as the one that linked the Clinton campaign and a pizza restaurant to a child-sex ring, or that thousands of Muslims in New Jersey celebrated the 9/11 terror attacks. It’s the kind of “news” you find on websites like Infowars or Natural News.

Particularly guilty of the liberal use of “fake news” is Breitbart, the right-wing American online publication that supports US president Donald Trump. On its front page today (31 January), several articles use the term fake news, yet most of them present (disingenuous) arguments criticising the way the media has portrayed Trump’s executive order banning immigration from seven Muslim-majority countries.

Fake news is a fashionable term. But it is only useful if applied to made-up news stories. It carries far more judgment than “false” or “misleading”; it implies dishonesty, an agenda with no regard for truth, an alternative world, deliberate fabrication.

It’s not surprising that Breitbart is muddying the waters by using the term fake news to attack mainstream, liberal and left media. The proliferation of fake news more likely benefitted Donald Trump’s campaign than Hillary Clinton’s, and while no political ideology has a monopoly on fake news, currently there are far more dangers posed by right-wing purveyors of fake news. Accusations of fake news have hurt Trump and his supporters; Breitbart appears to be trying to use the word to describe any kind of journalistic error that it perceives, in order to devalue the term.

It is important that the term fake news not be misused. First, by describing every flaw in news as fake news, we cheapen the term fake news and fail to differentiate different grades of poor reporting, from the mundane incorrect statistic all the way to Pizzagate. Second, we make the daily grind of correcting the inevitable errors that get into news reports on quality sites a fraught, defensive and ugly process instead of one where errors are acknowledged and corrected without unnecessary rancour. Third, we worsen the quality of public debate, which has already become bad enough in the age of Twitter and Facebook.

Breitbart’s branding of a Guardian article on immigration is an excellent example of points two and three. Perhaps there were errors in the original Guardian story, though The Guardian argues not. But instead of an intelligent debate that attempted to improve public understanding of the relevant statistics, Breitbart attempted a trial by insult. Thankfully The Guardian’s response was measured.

In his last editorial for the Guardian Alan Rusbridger wrote:

I have never forgotten this tell-it-like it is description of a newspaper by the Washington Post’s David Broder: “[A] partial, hasty, incomplete, inevitably somewhat flawed and inaccurate rendering of some of the things we have heard about in the past 24 hours – distorted, despite our best efforts to eliminate gross bias, by the very process of compression that makes it possible for you to lift it from the doorstep and read it in about an hour. If we labelled the product accurately, then we could immediately add: ‘But it’s the best we could do under the circumstances, and we will be back tomorrow, with a corrected and updated version.’”

This is the flawed daily news model decent daily publications have to live with but it’s a very different one to that of fake news by bogus news publishers.

Rousseau is a UCT philosopher. Geffen is GroundUp editor.

Neither writer takes responsibility for the other’s text. The other staff of GroundUp do not necessarily endorse either view.