“Failure to award damages in this case stands in contrast to the damages that were awarded” to Life Esidimeni families, says SECTION27 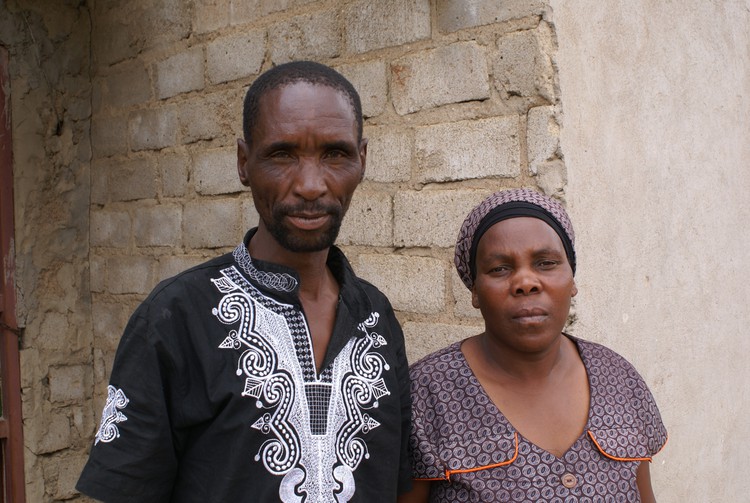 James and Rosina Komape remember clearly the day their son Michael drowned in a toilet at his school. Archive photo: Ciaran Ryan

There was shock and disappointment this morning when Judge Gerrit Muller of the Polokwane High Court dismissed a claim for roughly R3 million in damages brought against the Limpopo Department of Basic Education following the drowning of five year old Michael Komape in a school pit latrine in 2014.

The Komape family, assisted by public interest law firm SECTION27, argued the case over more than two weeks in November last year, with several witnesses painting a grim picture of a family still grieving over the loss of Michael. His mother found his lifeless body – with a hand protruding above a sea of faeces – in a pit latrine in Mahlodumela Primary School, outside Polokwane four years ago. Michael’s mother, Rosina, fainted on discovering her son’s body at the school.

Muller read out the order to the packed court, dismissing the family’s claims for R940,000 in general damages and R2 million in Constitutional damages. There will be no financial relief for the family, though Judge Muller did award a total of R12,000 for future medical expenses for two of Michael’s surviving siblings, Oniva and Maria. There was no award of future medical expenses for a third younger sibling, Moses.

The judge then gave the Limpopo education department until 30 July to come up with a plan for the installation of “safe and secure” school toilets across the province. Such plans have been published by the province’s education department in the past, though never fully actioned. This time it will have no choice, as it has been made an order of court.

Also present in court was Elijah Mhlanga, spokesperson for the Department of Basic Education. He said President Cyril Ramaphosa had already called for an audit of school pit latrines around the country and that the department would comply with the order. “We’re committed to providing acceptable school infrastructure in all schools across the country and are preparing an audit which will be properly costed,” he said.

SECTION27 attorney Sheniece Linderboom said afterwards the family was disappointed with the judgment, and SECTION27 would consider appealing once it had further studied the order and consulted with the family.

SECTION27 put out a statement following the judgment: “While we welcome the structural interdict to provide adequate and safe sanitation for learners in the Limpopo Province, we are at the same time extremely disappointed that the suffering of the Komape family and the circumstances of Michael’s death has been insufficiently recognised and acknowledged.

“It is our view that this is a missed opportunity for developing the law in respect of constitutional damages. The failure to award damages in this case stands in contrast to the damages that were awarded by the retired Deputy Chief Justice Mosenke to the families of the Life Esidimeni victims for the callous treatment of the victims in that case.

“SECTION27 is still studying the judgment but have taken further instructions from the Komape family in respect of this, we anticipate that we will be appealing the damages aspect of the judgment in the Supreme Court of Appeal.”

The positive for the plaintiffs in the court order was the structural interdict compelling the education department to come up with a plan within three months for the roll-out of infrastructure to the province’s schools so as to prevent a repetition of Michael’s tragic death.

Muller rejected the family’s claim for damages relating to grief on the basis that it was not a recognised psychiatric injury. “There is, in my opinion, neither reason in law nor any policy consideration to draw a distinction between grief and any other psychiatric injury or harm,” reads the judgment. Muller further justified his decision based on testimony from the family’s psychologist that members of the family had shown improvement in their psychological condition since undergoing counselling.

Muller’s judgement also concludes that the right to basic education “includes provision of adequate and safe toilets at public schools for learners”, and that the government’s failure to provide these facilities had breached various human rights clauses contained in the Constitution.

The judge then weighed the claim for Constitutional damages, which would benefit the family rather than society as a whole, with an order which would prevent such a tragedy recurring and benefit learners across the province.

“I have come to the conclusion, after a careful consideration of all the facts, that a structural interdict is the only appropriate remedy that is just and equitable which will effectively vindicate the Constitution. The best interests of all learners at schools must take preference. It is the only means by which the state will be compelled to take active steps to provide the lacking basic sanitary requirements to learners in those schools. It will, no doubt be a mammoth task for the state to undertake. But that cannot deter this court from ordering the state to comply with its obligations in terms of the constitution,” reads the judgment.

The state was ordered to pay the Komape family’s legal costs, and the costs of several of their witnesses in preparation for the trial.