1,6 million litres of fatty oils and caustic soda poured out of Willowton Oil into the Msundusi River on Tuesday leaving a trail of destruction 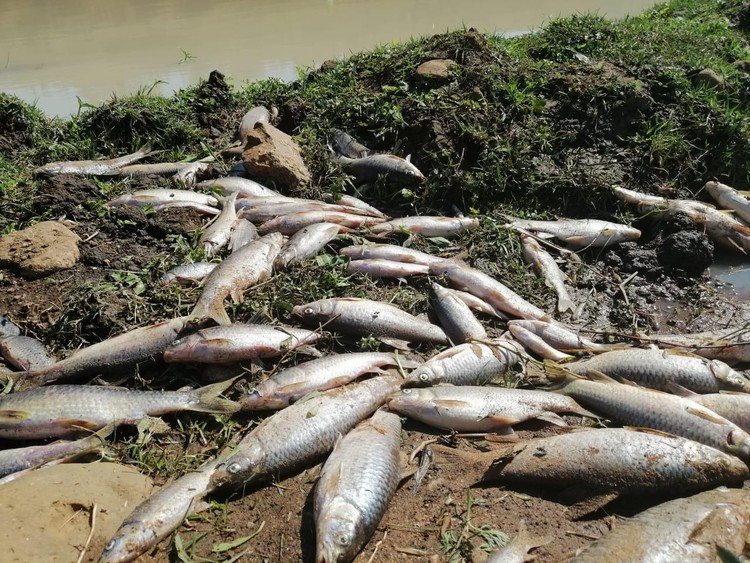 Countless fish have died following a spill from the Willowton Oil factory on Tuesday. Photos showing this kind of devastation have been taken up to 40km downstream from the factory. Photo: Dusi Media Office

As a major KwaZulu-Natal river turned into a cauldron of dying fish this week, Willowton Oil – the company responsible for the pollution incident – has been called upon to set up a disaster fund.

The ecological disaster – one of the worst of its kind to have happened in the province – began on Tuesday when about 1,600 cubic metres (1,6 million litres) of fatty oils and caustic soda poured out the Pietermaritzburg factory into the Msundusi River, just below the N3. Despite containment measures, the toxic mix soon reached as far as Cato Ridge and the Umgeni River which flows into Inanda Dam.

Caustic soda is corrosive and can cause burns to tissues it comes into contact with. Combined with fatty oils it becomes soapy, making a river clean-up exceptionally difficult.

Renowned water specialist Dr Anthony Turton from the Centre for Environmental Management at the University of Free State, said that if the pollution had spread all the way down to Inanda Dam, the clean-up could take several years.

Another leading environmental consultant and river specialist, Pandora Long, agreed. She said she doubted that Willowton and government authorities would be able to address the massive pollution without significant help.

“Willowton should be setting up a disaster fund and mobilising the public and business community to assist. They cannot do this on their own,” said Long. She said Jonsson Workwear had already provided safety gear for clean-up operations in the Lower Mpushini Valley Conservancy about 7km downstream of Willowton.

Nearly all aquatic life in a conservancy area along the river has been wiped out, according to Long. “I don’t think that they (Willowton) and many others are fully aware of what this pollution spill equates to in ecological costs and financial terms,” said Long. “If any good can come out of this, it will be to reignite public awareness of the importance of this river – an incredible living system that feeds our economy and biodiversity. People must come together over this disaster for the sake of our rivers and tributary systems.”

In a statement, Willowton said it was doing everything possible to contain and remediate the affected environment. This included the appointment of emergency response teams, SpillTech and Drizit.

The company said that a vegetable oil storage tank had collapsed on Tuesday, and in the process, brought down a tank of caustic soda used to make laundry soap.

Responding, Turton said the fact that two fluids were involved in the spill suggested “an industrial accident of a significant scale” that could have been avoided.

He said that water use licenses for industrial users required the use of berms or bunds to contain all spills of hazardous liquids. This also requires formal reporting to the regulating authorities at specified intervals along with site inspections.

“This incident provides evidence of failure of the regulatory process,” said Turton.

The KwaZulu-Natal MEC for Economic Development, Tourism and Environmental Affairs, Nomusa Dube-Ncube, said there were would be a full investigation into the incident, and appropriate action taken if there had been negligence.

Photos and video footage of countless dead fish floating in the Umsunduzi and Umgeni rivers have gone viral on social media platforms. Footage includes barbel gasping for air as they try to climb out the water onto river banks. Several cows have also reportedly died along the banks of the Umsunduzi river but this has to yet to be confirmed.

Fearing the risk to human health, the Umsunduzi municipality has warned people to stay away from the Umsunduzi and Umgeni Rivers. The eThekwini municipality also urged people to avoid using water from Inanda Dam and to not let livestock drink contaminated water – a message that appears not to have reached many people living near the dam by Friday.

Willowton’s marketing director, David Swaiden, said that Gift of the Givers were already assisting with relief by providing water to affected communities, starting in the KwaXimba area on Friday.

He said that local authorities simply did not have the reach and manpower to “get out there”. 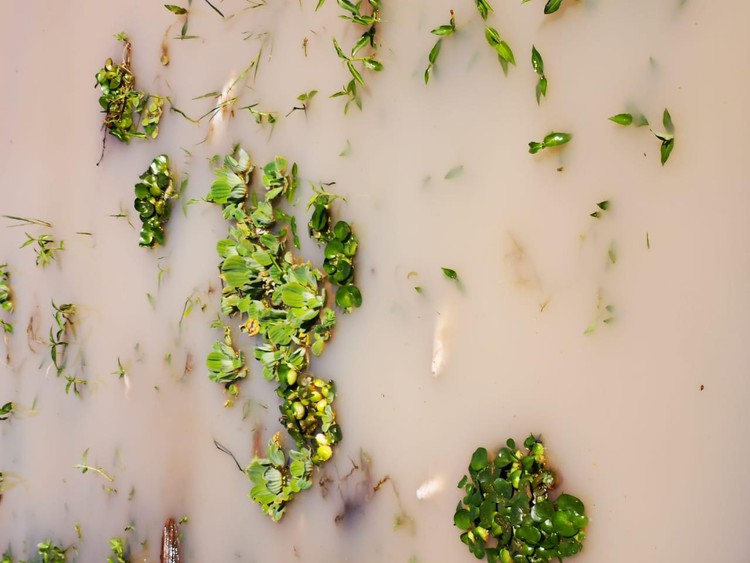 Produced for GroundUp and the Sunday Tribune by Roving Reporters. See more photos of the spill here.