Disabled residents resist government plan to move them out

“If they want us gone, they must kill us, like they did Life Esidimeni” 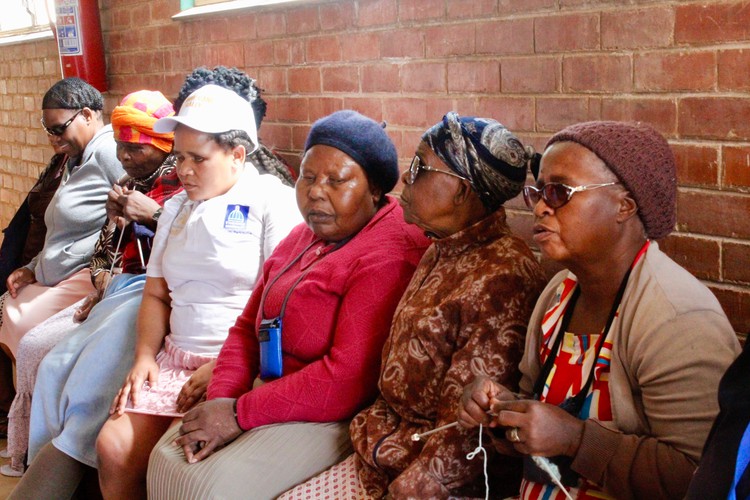 Some of the people working in one of the passages in the Enduduzweni Centre. The workshops have been locked. Photo: Nomfundo Xolo

People working and living at the Enduduzweni Centre for the Disabled in Umlazi say they will not vacate the centre though the KwaZulu-Natal Department of Social Development gave them retrenchment notices on Thursday.

The department has been in a year-long dispute with more than 40 residents, all of whom live with disability. The workers, who live on the premises, were given letters notifying them that they would no longer be paid their monthly stipends after October. Instead, they will be helped to apply for old-age grants.

The department says it had planned to renovate the centre since 2015, but was unable to do so because the residents resisted.

The residents, however, believe the centre will be converted into a student residence for the Mangosuthu University of Technology. “We know what they are up to and they have no right to kick us out on our own premises. If they want ownership of this centre, they must come with guns, because we’re ready to die for our home,” said Sibongile Ndwandwe.

Spokesperson for the MEC of Social Development Ncumisa Ndelu dismissed the claims about a student residence. She said that after an inspection, Enduduzweni was condemned as unfit for habitation. She said the centre had been established as a training centre for people with disability to produce cane furniture, and this was no longer in operation.

“We are not going anywhere. They can keep calling it a place of training but this has been a place of work for us since 1992, when the centre was moved to Umlazi from Westville. No company is willing to hire a disabled person, and if we leave, we will be going home to starve and die,” said 68-year-old Jabulisiwe Buthelezi

“When the founder of Enduduzweni handed over the centre to us she was giving us a home with resources and opportunities to prove that we were not in fact disabled but able to even send our children to universities with the money we would make using our hands. We were no longer discarded and left in the shade. At the centre we felt valued. If they want us gone, they must kill us, like they did Life Esidimeni,” said Buthelezi.

The residents say that since 2001 a “partnership” was established between Enduduzweni Centre for the Disabled and the Department of Social Development. The department was to provide material and working equipment as well as permanent employment.

Instead, the residents claim, only workers who were not disabled were given permanent employment. The disabled workers say they remained “in-training”, receiving stipends with a yearly increment of R10. They will get their last stipend of R 4,620 this October.

Phumzile Mzimela, who is visually impaired, says she has been promised permanent employment and a salary since 2010. She has never received a payment since her training.

“We are waiting for them! The government has failed us … They want to discard us after using us and our premises, but we will not let that happen,” said Mzimela.

All workshops in the centre have been locked and the supply of material and equipment has ceased. The residents now work in the passages, walkways and outside. They knit woollen scarves and jerseys and weave plastic doormats.

Duduzile Nkabinde, leader of African Nduduzweni Organisation for the Disabled, established by members of the centre, said, “They want us out because they claim we’re too old. But how can we survive in rural areas where there are no resources and tools to help us? You can’t push a wheelchair in the rural area, neither can you walk alone with a cane if you’re blind. They can take their stipends and disappear, as long as they leave our centre in peace.”