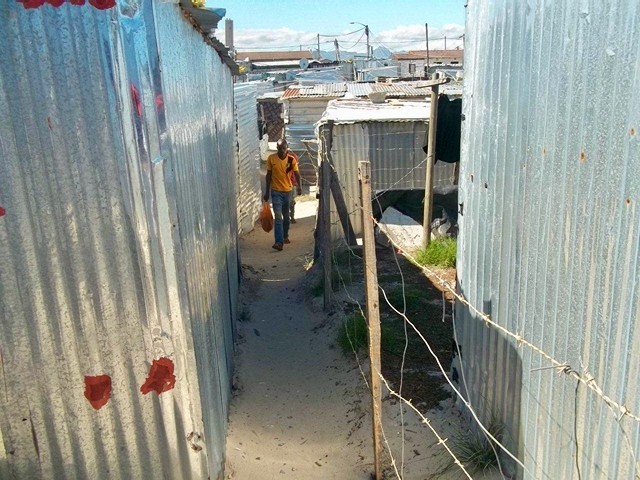 A man walks up one of the narrow lanes in Covid Vllage on Easter Weekend 2021. Photos: Vincent Lali

It is difficult to navigate a way through Covid Village in Mfuleni, a land occupation in Cape Town started during the hard Covid-19 lockdown last year.

Shacks are closely clustered and haphazardly built, with little space between them for footpaths. Some shacks are on shifting, sandy slopes, dangerously close to a canal bordering the informal settlement on the Westbank side.

There are shacks made with shiny zinc sheets and others built with old, rusting materials.

“The rusty, old shacks,” he says, “belong to residents who used to rent spaces before they occupied the land. They just dismantled and reassembled them here.” 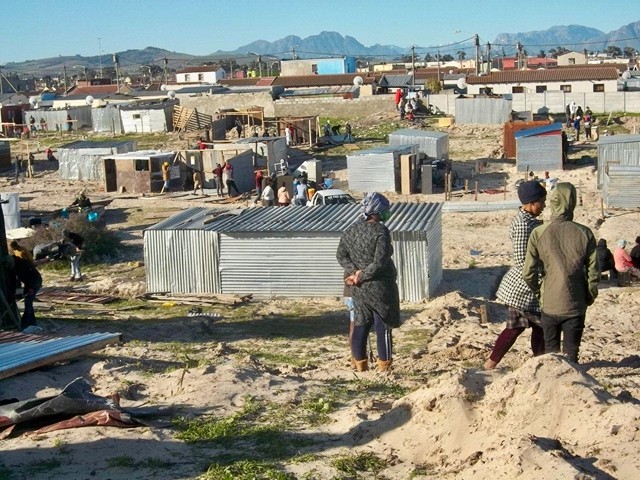 Early days in Covid Village when 600 former backyarders first moved onto the land.

Manyana said about 600 former backyarders moved onto the land during the hard lockdown last year.

But the authorities lost the battle. After that people flocked to the land from numerous areas. “We didn’t even know each other,” says Manyana.

There are now thousands of households. 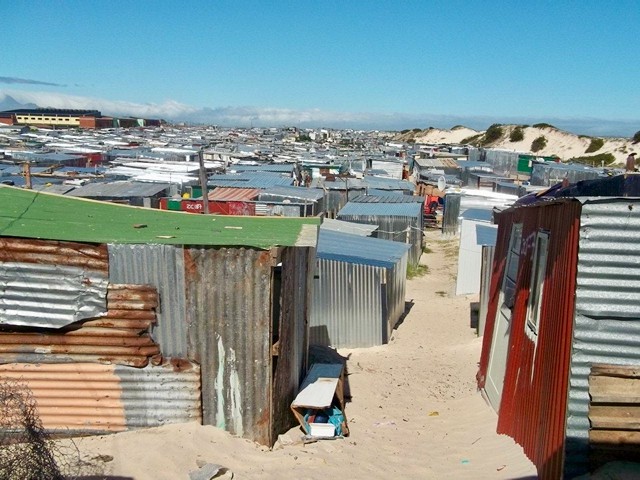 Today there are thousands of households in Covid Village.

“We can’t go back to our landlords now, because we owe them money and they now rent their places to other people anyway,” says Manyana.

But Manyana says the land occupiers would be willing to be relocated to land with standpipes, communal toilets and electricity.

The community raised funds to install some taps beside two wide footpaths.

The settlement has suffered several fires, and at least one person died in a fire.

“When fires break out, we use sand to try to extinguish them because some shacks are located far from the communal water taps,” says Manyana.

Some families who live closest to the formal housing area have made illegal electricity connections, using the streetlights.

Without toilets, people use buckets, emptying them on vacant land or in the canal.

“Dirt is scattered among our shacks,” says Manyana. 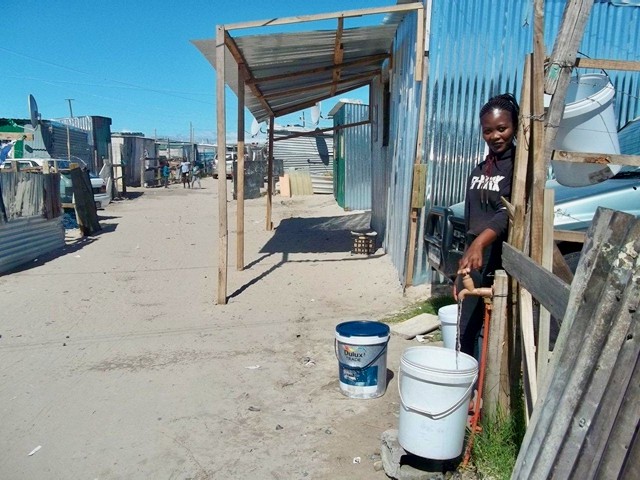 Onke Mbiza, 25, lives with his girlfriend in a zinc shack. The walls are partially covered with ceiling boards; the floor is a piece of thick black plastic. He has a tattered sofa, old cupboards, a bed and a TV stand.

The couple used to rent a backyard shack for R550 in Esibaneni, Mfuleni. Mbiza used to work for a construction company in Ottery, earning R1,500 fortnightly, of which he’d send R400 to R500 to support his five-year-old son in the Eastern Cape. He said he used to borrow money from loan sharks to get by. When the construction company shut down with the pandemic, he moved onto the land.

At night, Mbiza makes the 10-minute walk to fetch water from one of the community taps. “At night there are no long queues, and then the water comes out fast and in large amounts,” he said.

“Numerous newly established communities are demanding services but currently the City is unable to cater for these unplanned settlements as existing recognised informal settlements are prioritised on the basis of available resources.”

“Assessments of all unlawfully occupied areas are being undertaken and will continue to be undertaken across the metro,” said Booi. 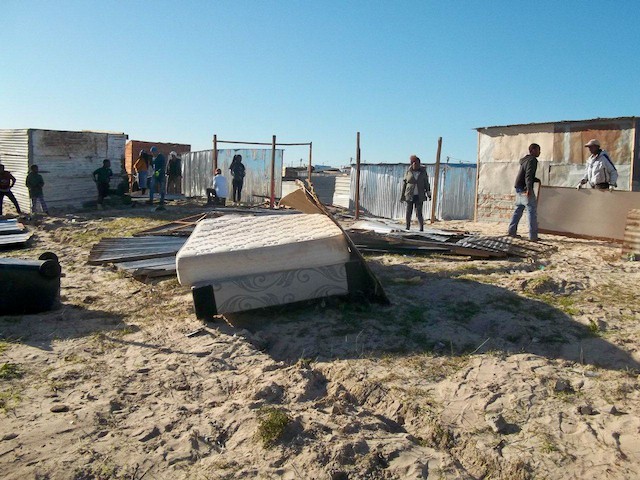