Delft families waiting for years to have electricity restored 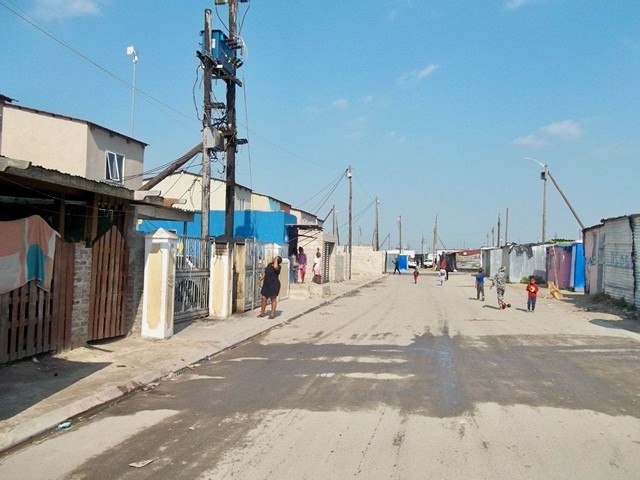 Over 80 families in RDP houses in Delft are without electricity due to illegal connections. This has been the situation for almost three years, according to community leader Nosicelo Bobi.

The families moved from temporary houses in nearby Tsunami informal settlement to RDP houses in 2009 and 2010. Subsequently, shack dwellers in Tsunami stole cables, cutting off their power, and also connected illegally to transformers, which caused power outages for the formal houses. Bobi also blamed the illegal connections for burning out municipal electricity meters and people’s electric appliances, such as TVs, fridges and stoves.

“We no longer get electricity,” said Bobi. “We now pay R5 to charge our cell phones at Somali-owned shops which still have access to electricity.” This is so that her four children can do their online school work. She said it was a struggle. She also uses gas to cook and boil water to bath.

Bobi said that at a meeting with City of Cape Town and Eskom officials in the Delft Library three weeks ago, they were told that power would only be restored once Tsunami was electrified.

Without electricity she has to “hire youngsters for R20 to collect firewood from the forest”.

She stays with eight grandchildren. She is unemployed and they live off child support grants. Without electricity and light at night the children are also struggling to do their schoolwork. Using alternatives to electricity is costing more than the family can afford.

Near Mkhululi Njukutya’s gate, a damaged transformer stands on a pole. He said it exploded two years and six months ago. He wants Eskom to remove it.

Tsunami community leader Kwanele Mcaleni said, “It’s a disgrace for Eskom and the City of Cape Town that we still don’t have electricity despite the fact that Tsunami has been around for almost 11 years.”

Mayco Member for Human Settlements Councillor Malusi Booi said, “This is a complex situation, and the City, Eskom and the Western Cape government are looking into it as it entails a redevelopment subject to funding, space and relocation.

“This area is in an Eskom supplied area and it is characterised by intense illegal connections that affect the electricity supply to parts of the broader area, including parts of the settlement.”

Eskom spokesperson Kyle Cookson said, “Eskom is working with the Western Cape provincial government and their appointed developers to finalise electrification of a Temporary Relocation Area in order to relocate some Tsunami occupants.”