Police suspect he was a robber 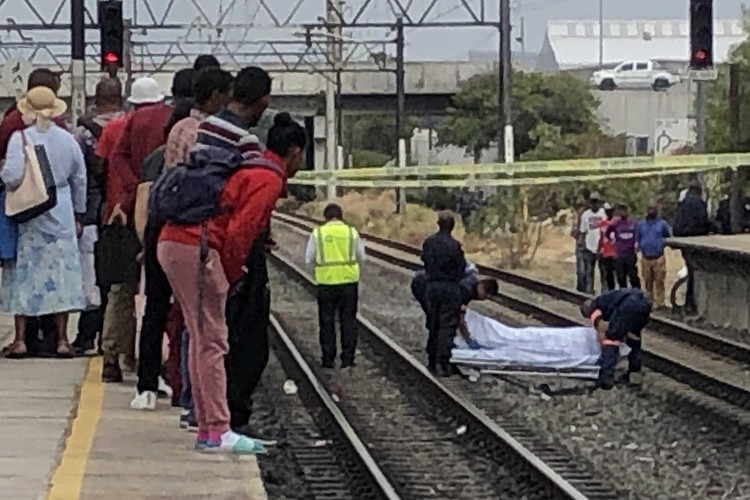 The body of a man was found on the railway tracks at Tygerberg station on Wednesday morning. Photo: Tariro Washinyira

A man’s body was found lying along Tygerberg station railway tracks on Wednesday morning. Police on the scene told GroundUp that they suspected the man was a robber who fell off the train or was pushed off by commuters.

“We found some cell phones and an ID that doesn’t belong to him when we searched him,” said a police officer on the scene.

A PRASA official who didn’t want to be named told GroundUp that officials had discovered the body when they arrived for work around 5am.

Platform two, which is frequently used by trains to Cape Town, was not in use.

At around 11am GroundUp saw paramedics covering the body with white sheets for removal from the scene while commuters were watching from a distance.