What national government is doing about Cape Town’s water crisis

Voëlvlei Dam has been sped up, amongst other measures. But is it enough? 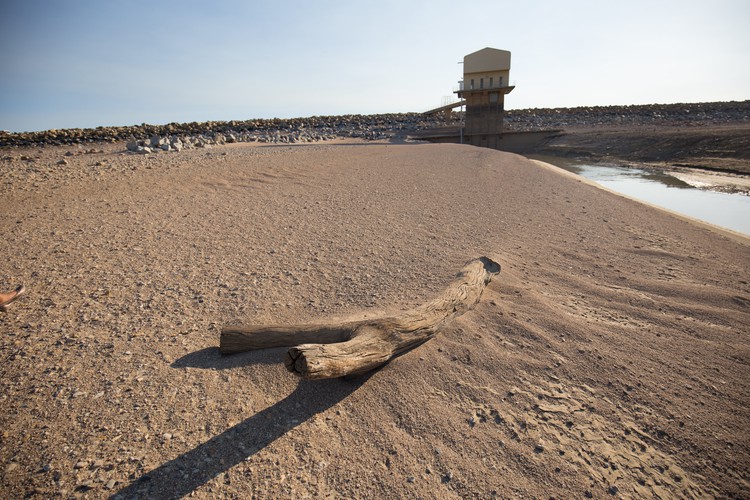 The Voëlvlei dam project has been sped up to help Cape Town cope with the drought. Archive photo: Ashraf Hendricks

Plans to increase water supply to the Voëlvlei Dam, scheduled to come on stream in 2024, have been fast-tracked to 2019 to help with Cape Town’s water crisis.

Sputnik Ratau, spokesperson for the Department of Water Affairs, told GroundUp that Minister Nomvula Mokonyane had said the project should be accelerated and it would be underway by 2019.

The scheme involves pumping winter rainfall from the Berg River into the dam.

The National Water and Sanitation Management Plan, published in draft form by the Department in December 2017, says that the Voëlvlei project is one of a handful of “projects of national importance” and is set for “urgent implementation”. As the country’s second economic hub, Cape Town “is already in deficit” and the project is “already overdue”, the plan notes.

Though much attention has been focused on the City of Cape Town’s attempts to manage the water crisis, in terms of the Water Act of 1998, the national government is the “public trustee” of the nation’s water resources and must ensure that water is “protected, used, developed, conserved, managed and controlled in a sustainable and equitable manner, for the benefit of all persons”.

“The National Government, acting through the Minister, has the power to regulate the use, flow and control of all water in the Republic,” according to the Act.

Ratau said as well as the Voëlvlei Dam project, the following measures were being put in place by the Department:

Asked what the department would do if Cape Town should run out of water at the end of April 2018 as estimated by the City, Ratau said that “we are not at Day Zero” and the date was just a projection.

But, he said, the department had put “intervention plans” in place. He didn’t explain what these plans were.

Mayor Patricia De Lille said this week that because water consumption was “too high” over the holiday period, Day Zero had been moved from 29 April to 22 April 2018. (Interestingly, the City’s Day Zero estimate corresponds precisely to the one predicted by UCT researcher Piotr Wolski’s online tool.)

Ratau told GroundUp the department was working with both the provincial government and municipalities affected by the drought and water crisis, because “this is not a national department issue alone.”

The City is in “constant touch with the department”, confirmed Peter Flower, director for Water and Sanitation in the City of Cape Town.

Flower explained to GroundUp that usually at this time of year the city used up to 200 million litres daily from the Voëlvlei Dam, but because of the drought only ten million litres were being taken off. Voëlvlei is Cape Town’s second biggest dam, while Theewaterskloof is the largest. Together they make up over 70% of the city’s water supply. Their current levels are 20.6% and 16.8% respectively, compared to 49.5% and 39.2% last year.

“We don’t know what the budget would be,” Ratau told GroundUp. He said this was “not just about the Western Cape”; other provinces would also need more funding to help with the drought.

The provincial government has estimated that the Western Cape will need an extra R542 million to help areas affected by the drought.