Cursed to use Metrorail

Commuters say they have little choice in public transport 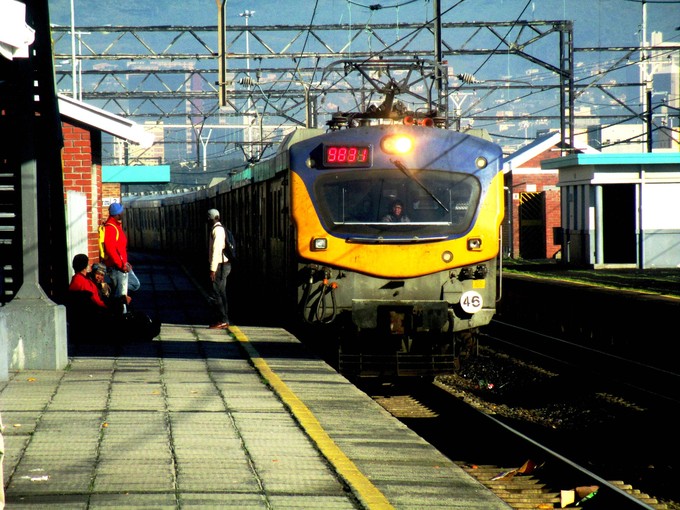 Metrorail is the only source of public transport and the cheapest for most people living along Cape Town’s southern line, especially the branch running from Simon’s Town to Retreat.

Silindelokuhle Mafanya, a 21-year-old student, travels by train from Fish Hoek to Retreat every day to get to False Bay College, Westlake Campus, at 7:30am.

She says that if there was any other affordable way to travel to school she would use it.

“I used to hike up Oukaapseweg, but sometimes I would stand a long time and be late for school. So I decided to use the train … Sometimes I miss tests because of train delays. We can wait for two hours or even more, and when you ask the people at Metrorail, they also do not know why there is a delay,” says Mafanya.

She says on Wednesday she had to wait for two hours for a train.

“The train was supposed to be there at 12, but ended up coming past two, and no one ever knows why. You ask the Metrorail employees and they don’t know.”

Mafanya says that sometimes when the trains are really late and she is writing an exam or a test, she has to catch a taxi in Fish Hoek for Khayelitsha for R17. If she is lucky, she pays only R11 and gets off in Muizenberg and walks to Capricorn. There she catches another taxi for R7 to Retreat. When she arrives in Retreat, she has to catch another taxi for R7 to Westlake. A one way trip costs her up to R31. The trip takes her 30 to 40 minutes in the morning which is when taxis quickly fill up.

By contrast, a Metrorail monthly ticket is R150.

Commuter Athini Nkosi says people are often forced to jump out of the train when it is stuck, because they are late for work or in a rush to get home.

She works in Cape Town, and she says on a good day, her commute takes almost an hour, but there are days that it has taken her three hours to get to work.

“One of the problems with Metrorail is that when [the train] gets stuck, it stops in the middle of nowhere, never in a station where people can get off safely. More than once, I have been in those situations, but because of my fear of heights, I wait for it to go again, no matter how long it takes.”

Nkosi says that the emergency buttons and the intercoms don’t work.

“What is the use of having an emergency button if they do not work? There is never any announcement to tell us what is happening … We are left to wonder,” she says.

Metrorail spokesperson Riana Scott says the the current Metrorail train fleet does not have onboard announcement facilities. She says there are 14 carriage sets used on the Khayelitsha line able to transmit piped music.

“The current fleet comprises of four different models of trains. All have buttons or mechanisms to release the doors in an emergency. PRASA’s new train fleet will be air conditioned throughout with modern visual/audio information, powered automatic doors, wide gangways for passenger visibility and CCTV surveillance,” says Scott.

Zingisani Nkanjeni from Public Transport Voice, an NGO that advocates for safe, affordable and accountable public transport, says a major issue is Metrorail accounting for the problems on the trains.

“We believe that Metrorail should [provide] the most affordable public transport, because it is being subsidised by government and it is public transport that is mostly used by poor working class communities,” he says

“We also believe that Metrorail or PRASA should account to communities and commuters especially when it comes to issues of crime, train delays, lack of infrastructure of trains and train stations, and they should account when workers are getting late at work and students miss their exams.”

The complaints it get from commuters include poor communication from Metrorail, poor infrastructure (for example, broken windows and doors), a lack of security personnel, and delays and cancellations without proper explanation.