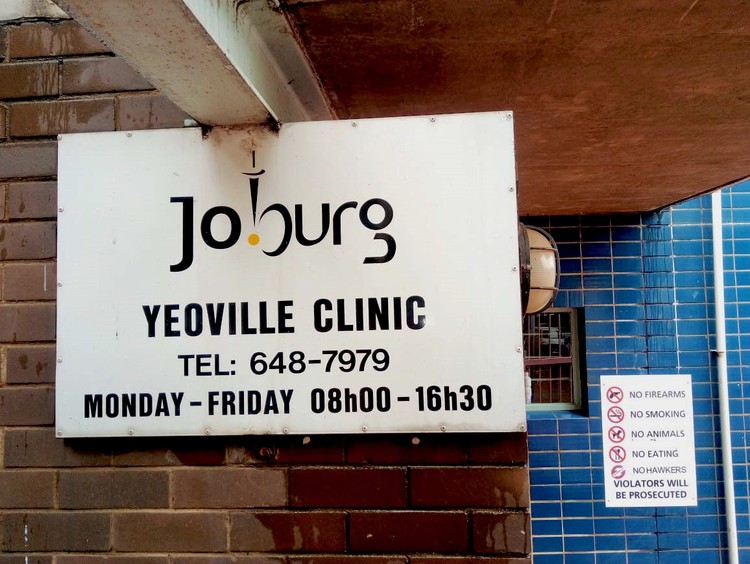 Crucial patient information was lost when 11 computers were stolen from the Yeoville Clinic in a robbery days before Christmas. Photo: Gaby Ndongo

Crucial patient information was lost when 11 computers were stolen from the Yeoville Clinic in a robbery days before Christmas. The clinic had been migrating from paper to digital records to avoid the loss of physical files, to facilitate the process of finding patient information, and to improve healthcare for the over 11,000 patients it sees each month.

According to the clinic manager, the clinic has over half a million patient records and only about 60 to 70% of them had been stored in a cloud account. The computers had also collected information through an electronic health recorder programme and this information was on the stolen hard drives.

“The reason why we got people coming from so far away is that there is no clinic between us and Alexandra. So, people who stay in Louis Botha chose to come here because it is a bit convenient. … If Hillbrow [hospital] is too full, they end up coming here,” he said.

The eleven computers are each valued at R22,000 by the City of Johannesburg’s IT department. A microwave was also stolen, 18 doors damaged, and several medicine cupboards were ransacked. A case was opened by Morapedi at the Yeoville Police Station.

CCTV cameras had not been installed. Only one unarmed JMPD security guard works at night for a basic salary of R12,000.

At a public meeting at the Yeoville Recreation Centre on 19 January, community members proposed that the clinic gets five security guards, with some patrolling while others stay in the guardroom, and that CCTV cameras be installed. They also said there should be a generator to cover power cuts.