“How can a protest allegedly in support of gender-based violence leave more casualties in its wake?” asks vice-chancellor 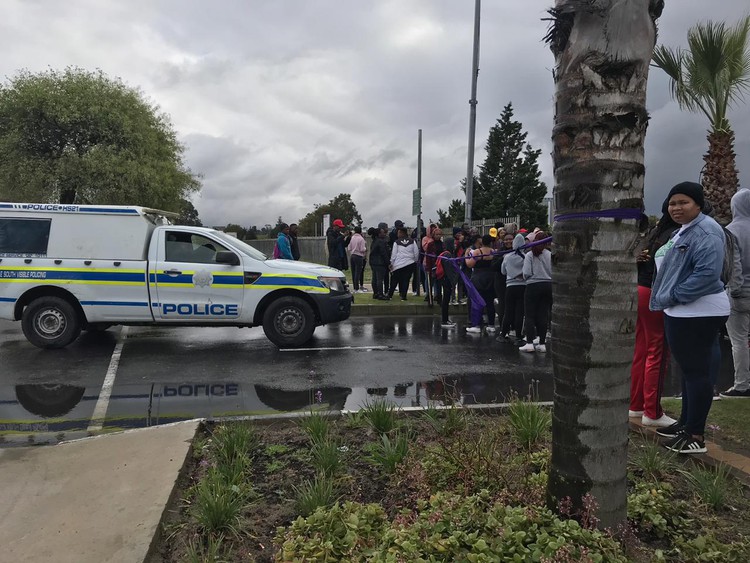 Protests at CPUT have led to the cancellation of activities. Photo supplied

Students at Cape Peninsula University of Technology (CPUT) say they will continue protesting until campuses are made safer.

Several campuses were shut down this week following protests organised by female students. They are demanding that the university take action against gender-based violence and make campuses safer by installing more CCTV cameras. On Monday, CPUT cancelled all activities on campuses for a march calling for an end to the violence against women and children. Protests continued on Tuesday until Thursday.

“We demand CCTV cameras around campus and residences … The shutdown will go on indefinitely until our demands are met,” said student Chulumanco Nkasela.

Nkasela said students wanted a tribunal to be established with independent lawyers, students, the student representative council (SRC), and the office of education and transformation. This tribunal would tackle cases involving both students and staff members, she said.

Students are also demanding that staff be vetted, proper campus protection services be hired and that rape kits are made available at campus clinics. “Our problems are not only limited to sexual assault and abductions on campuses. There are also robberies on campus grounds and in front of residences,” she said.

Bellville SRC secretary Kanyisa Mantwana said: “We have written to CPUT numerous times to say we don’t feel safe here on campus. Anyone at any time can enter the main gate without identification. Our residences have no CCTV cameras, yet CPUT is known to be one of the best technology/technical institutions.”

CPUT’s vice-chancellor Dr Chris Nhlapho said it has been a challenging week with lectures being interrupted as well as staff and students being intimidated by protesters.

“It is unacceptable that young women who are furthering their career ambitions be intimidated in their classrooms, internship placements, and jobs. How can a protest allegedly in support of gender-based violence leave more casualties in its wake?” he said.

“Women should not feel unsafe on our campuses because of the selfish ambitions of a few. Management has responded to every demand that the protesters have made yet they continue to harass and abuse innocent staff and students,” he said.

Nhlapho warned that Campus Protection would be called to take action in response to any further protests.