Covid-19: “We can’t stay inside when we have no toilets” 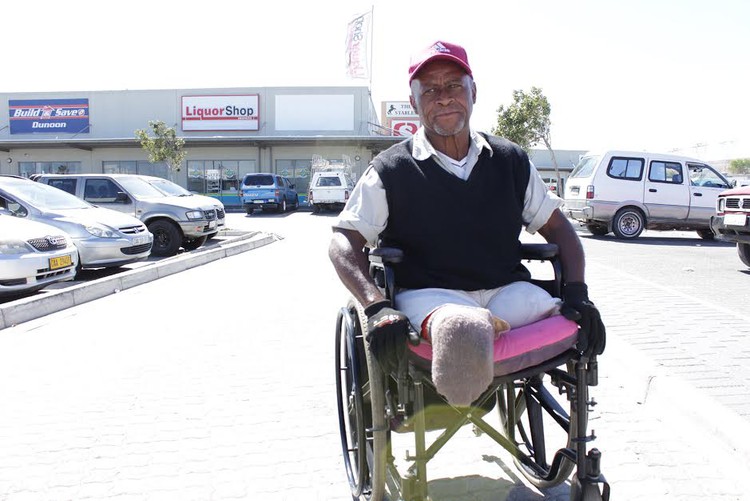 Joshua Matshidiso, who collected his social grant in Dunoon on Monday, says the lockdown rules were obeyed inside the SASSA paypoint. But in Dunoon’s informal settlements, GroundUp saw life going on as usual. Photo: Peter Luhanga

Joshua Matshidiso, 68, had both legs amputated due to an infection in 2010. On Monday 30 March, he joined other social grant beneficiaries who rose before sunrise to collect their grants at a nearby retailer pay point in Dunoon, near Milnerton in Cape Town.

The SA Social Security Agency (SASSA) had made provision to enable grant beneficiaries to access their funds during the nationwide lockdown to disrupt the spread of Covid-19.

Matshidiso arrived at the Dunoon cash payout point at 9am and by 11:25am he had collected his grant and bought a few essential items – eggs, milk and mielie meal. He wheeled himself to his RDP house about two kilometres from the SASSA pay point. He says that with the pandemic around he wouldn’t dare risk asking someone to push his chair.

“I am trying to keep myself away from the crowds,” he said. He applauded the services at the SASSA payout point, saying the social distancing rule was observed throughout the process.

But outside, GroundUp saw many people queueing with no space between them. Some were waiting for their turn to buy essentials and some waiting to cash out their grants. Preference was being given to the elderly and the disabled. 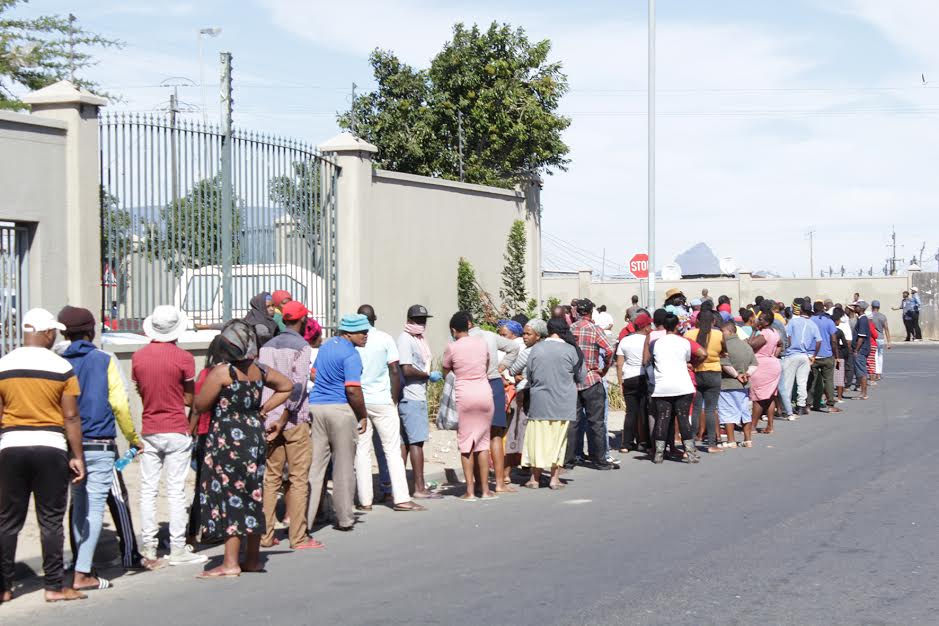 In Dunoon, people queued closely together to get their social grants. Photo: Peter Luhanga

Sidney Tshibonza, 40, lives in Site 5 informal settlement opposite Dunoon. He lost the use of both legs in 2016 after an accident at work and also uses a wheelchair. He arrived at SASSA grant payout point and was helped in 30 minutes. After buying essentials he wheeled himself back to his one-room shack.

In Dunoon and surrounding informal settlements there were few taxis on the road, but when GroundUp visited, the streets were still full of residents.

Small groups of people were sharing a bottle of alcohol and also passing around a cigarette. Alcohol prices have shot up. A 750ml beer, which normally cost R22, was being sold for R35.

In Siyahlala informal settlement, behind Dunoon on the edge of a Transnet railway line, residents were living as normal.

When GroundUp asked about Covid-19, some said they did not know what it was, though they had heard about the national lockdown from neighbours.

Here over 1,000 families use one communal tap and there are no toilets, according to community leader Keanetse Lesesa, who was washing her clothes at the tap. Residents cross the railway line to relieve themselves, she said. 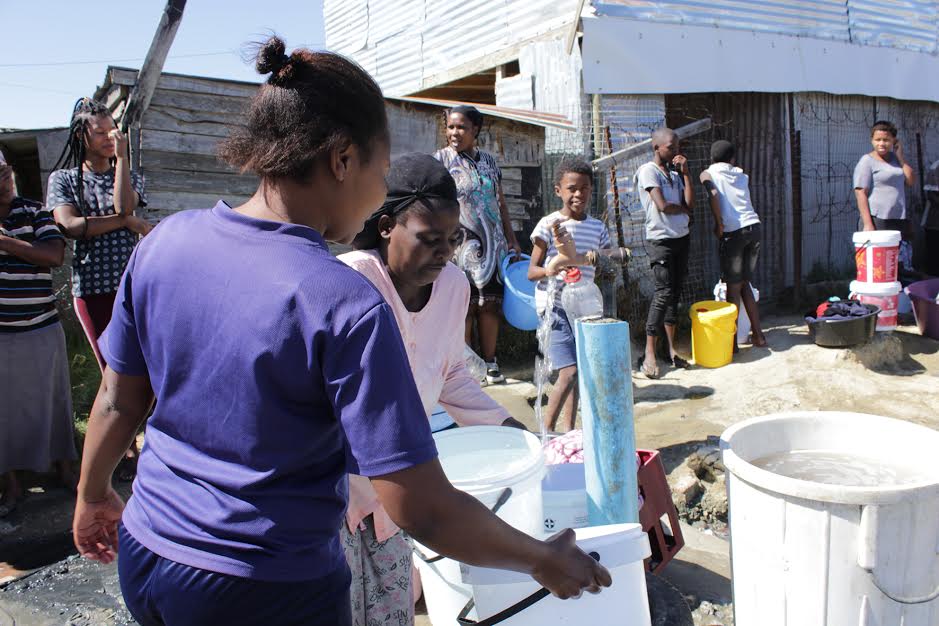 A community leader says there is one communal tap for 1,000 families in Siyahlala informal settlement. Photo: Peter Luhanga

Lesesa said the lockdown was not working in the settlement. “We can’t stay indoors when we have no toilets. Our tap is outside. We are overcrowded.”

She said residents emptied buckets full of faeces and urine at the tap and rinsed them. A foul stench wafted up around the communal tap from the accumulating filth.

Many residents here are unemployed, says Babalwa Ntese, and the lockdown makes it difficult for them to look for casual jobs. She said her child and many other children depended on the school feeding scheme and she did not know what would happen now that schools are closed.

“We are going to suffer a lot. We need help. We need food, hand sanitisers. We have nothing,” she said.

No one in the overcrowded settlement was adhering to any social distancing rules and a group of young children were playing between the shacks.

Earlier along Mnandi Street, Dunoon, the police were seen jumping out of police vans, armed with sjamboks, chasing people seen drinking alcohol on the side of the road.