Covid-19: Universities across the country close 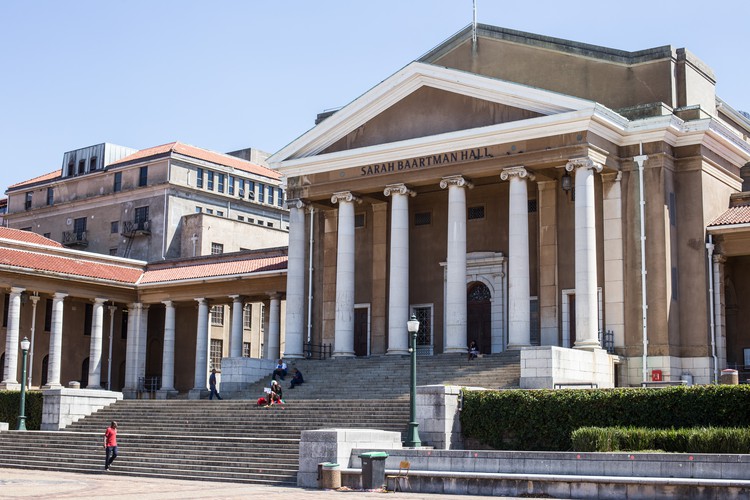 Only small groups of people were seen roaming around the University of Cape Town on Monday afternoon after all classes were suspended. Photo: Ashraf Hendricks

By Ashraf Hendricks and Joseph Chirume

On Sunday evening, UCT announced it would be suspending all classes due to the spread of Covid-19. Students in its residences were told to vacate within 72 hours. Later the university said this was “as a precautionary, proactive measure to minimise the risk of spreading the virus”.

The Students’ Representative Council (SRC) initially objected and called on students to “occupy” in protest, but then changed its view after meeting management and being assured that students would not be “evicted”.

The SRC said in a statement that students who wanted to and had the means to leave, should do so. Those students who cannot or do not want to leave should contact their wardens or student housing advisory body.

“A lot of people that I know do not have the money to go home,” said Sisipho Bantom, a second year medical student. She felt using public transport was risky. She said she is lucky because her father happens to be in Cape Town and he will be driving back to Port Elizabeth this week.

In a statement, UCT said it was aligning itself with President Ramaphosa’s decree restricting public gatherings of more than 100 people. The institution would be assisting affected students by immediately paying allowances to all students on financial aid, assisting with travel plans and safe storage of student belongings. It would work with the Department of Home Affairs to assist international students. Different ways of teaching and learning will be considered with the start of the second term on 30 March 2020.

On Sunday UCT confirmed that one staff member had tested positive for Covid-19 and was in isolation at home. The Western Cape Department of Health had begun tracing the person’s contacts.

Wits confirmed that one of its students had tested positive for Covid-19 and classes were suspended.

“All contact teaching and university activities involving face-to-face interaction are postponed, including tests, for Monday, 16 March 2020. All students are requested to remain at home or to confine themselves to their rooms in residence. Students are encouraged to follow the social distancing policy and to limit interaction where this is possible,” Wits said a statement.

“We are encouraging all institutions to immediately suspend all contact lectures as well as minimise contact amongst students, but we are not as yet planning a shutdown,” said Blade Nzimande, Minister of Higher Education at a joint ministerial briefing on the virus on Monday.

Nzimande said that there are issues with completely closing down the institutions as they would need to deal with students being moved out of the residences. He said that a Covid-19 team, consisting of vice chancellors, representatives and health experts had been established.

At NMU students demanded all learning be suspended and public events cancelled to combat the spread of the virus.

Soon after President Cyril Ramaphosa’s national address on Sunday, the university sent out a tweet: “Please note that the President’s announcement on Sunday evening that the gatherings of more than 100 people will be prohibited applies to public gatherings and not for academic activities.”

By Monday morning a petition was being distributed online demanding the postponement of classes.

South African Students Congress (SASCO) president Bamanye Matiwane said, “We urge universities and TVET colleges of South Africa to declare an immediate suspension of their academic programmes until the government declares otherwise. Failing to do so, students will be forced to defend themselves by closing these institutions themselves.”

On Monday afternoon, NMU Vice Chancellor Professor Sibongile Muthwa issued a statement suspending all activities at the institution. The university will use online or virtual learning, and other alternative platforms until after the Easter weekend on 14 April.

All events, conferences and public gatherings on campuses, as well as the autumn graduation are postponed until further notice.