Covid-19: State should use Cape Town’s military airports for housing 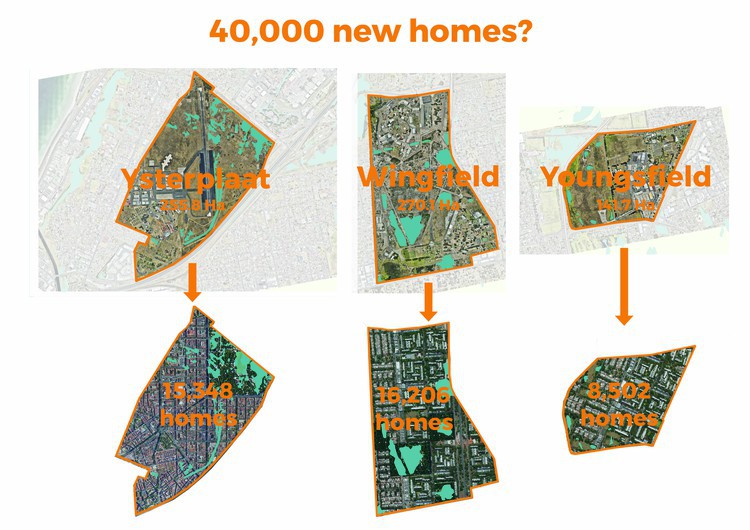 In his address to the nation on 20 April, President Cyril Ramaphosa said: “There can be no greater injustice than a society where some live in comfort and plenty, while others struggle at the margins to survive with little or nothing at all.”

Nowhere is this injustice clearer than in access to land and housing. So why is the state not using well-located urban land which it owns to house people in this time of crisis?

In April, the minister indicated that her department had identified 17 land parcels (3,100 hectares) where temporary shelters were to be constructed. Various civil society groups have argued that this is bad, short-term thinking and have called instead for more effective and sustainable responses to the specific challenges faced by people living in densely populated areas.

In the face of the imminent roll-out of de-densification, we now urge the state to release well-located urban land as a health and safety response to Covid-19. The state, including national departments, the Western Cape provincial government, the City of Cape Town, state-owned enterprises such as Transnet and Eskom, owns vast tracts of unused or under-utilised public land in well-located areas across Cape Town. This is in the face of a substantial housing backlog of over 358,000 persons. Yet government, at all levels, has failed to release state land.

The Province and the City, in particular, have chosen to dispose of well-located land at the highest market value, with most of these disposals failing to yield additional housing options. But the failure to release land also extends to national government.

Five well-located parcels of land owned by the national government – Culemborg, Ysterplaat, Youngsfield, Wingfield and Denel – could deliver more than 100,000 affordable houses in mixed-use developments. These five parcels alone are big enough to meet half of the City’s housing needs.

Despite the Defence Minister’s 2017 announcement that her department was intent on “sweating” some of these assets, these sites continue to lie vacant and unused, in the hands of this department. The release of well-located vacant land in response to the pandemic would enable the state to respond to the challenges faced by people living in overcrowded areas during the crisis, and also allow it to address the housing backlog in line with the principles of spatial justice and spatial equality contained in the Spatial Planning and Land Use Management Act 16 of 2013.

This would not only ensure that the state’s measures are efficient, but also that they are sustainable over the long term – delivering socially and economically just outcomes rather than a hasty response that lacks forward thinking.

Ysterplaat, a 255-hectare piece of land bordering Century City, and Wingfield, a 270-hectare piece of land in Maitland, are currently being used as military airports. The sites, largely undeveloped, are exceptionally well-located along the key transit artery of the Voortrekker Road corridor.

The City has prioritised this area for development because of the public transport linkages between the city centre and Bellville.

Ysterplaat could contain 15,348 houses, and Wingfield 16,206 houses. Youngsfield, a 140-hectare piece of land in Kenilworth, could yield 8,502 houses. These three sites alone have the potential to contain over 40,000 houses, meeting the immediate housing and tenure needs of about 128,000 people currently living in inadequate living conditions.

This is twelve times as many people who will benefit from the 1,500 units to be erected in Dunoon and 2,000 in the Greater Kosovo area through the de-densification programme, which together benefit 10,000 residents.

Besides location, another huge benefit of these three sites is that they are well serviced. Bulk infrastructure is available along the periphery of these parcels of land, making any housing or mixed-use development much more feasible and cost effective. Moreover, all three sites are close to train stations and public transport stops. This will result in households spending less time and money on travelling to and from work.

A neighbourhood made up of three to four-storey flats, terraced double-storey housing, shops, schools and jobs would transform these land parcels into thriving neighbourhoods that take us one step towards a spatially just city. The current crisis presents an opportune moment – under the Disaster Management Act – for the state finally to release well-located vacant land to meet the immediate needs of the pandemic. The crisis also offers the state a chance to address the housing backlog and entrenched patterns of spatial inequality. This should be coupled with broad engagement with citizens and civil society in order to optimise land-use and land allocation.

If there is no greater injustice than relegating people to the margins of cities, why is the government not releasing well-located urban land as a matter of urgency?