And how Tygerberg Hospital ICU doctors are managing patients 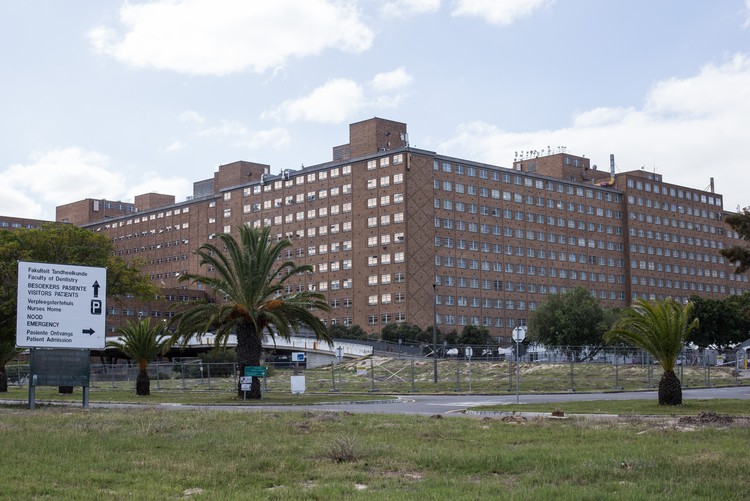 This is the third issue of Covid-19 Report. We point you to the latest quality science on the pandemic. If you come across unfamiliar terms, there is a glossary at the bottom of the article.

There are broadly three types of tests for an infection like Covid-19:

Up till now the accuracy of antibody tests has been too low and this has resulted in some poor quality surveillance studies that have got wide media coverage.

A study published in Nature found that every person infected with SARS-Cov-2 (the virus that causes Covid-19) develops a type of antibody called Immunoglobulin G, within 19 days of getting symptoms. The developed antibodies appear to be specific to this virus. So in theory we should be able to get close to perfect accuracy antibody tests.

Swiss-based pharmaceutical company Roche claims it has developed a test that detects SARS-Cov-2 antibodies with 100% accuracy if you have them (no false negatives), and with more than 99.8% accuracy when you don’t have them (very few false positives), with the condition that it is at least 14 days since a PCR test would have shown you are infected. It also claims to be able to produce over ten million tests from this month. The FDA has granted Roche’s test “Emergency Use Authorization” (again, this does not mean the agency has approved the test). Whether Roche has hyped its claims or made a breakthrough remains to be seen.

Last week we reported on the modest findings about the drug remdesivir. Now The Lancet has published the results of a clinical trial in Hong Kong comparing two drug regimens: interferon beta-1b, ribavirin and the anti-HIV drug lopinavir-ritonavir versus lopinavir-ritonavir alone. The study compared the time it took for the patients on each regimen, all with mild to moderate Covid-19, to test negative, in other words, be officially recovered. It took on average seven days for patients on the more intensive regimen versus 12 days for the lopinavir-ritonavir alone patients (from when they started treatment). None of the 127 trial participants died.

As one South African pharmacologist has pointed out: this trial had no placebo arm nor a standard-of-care arm (lopinavir/ritonavir is not known to treat Covid-19, though see below). Also the endpoint was virological (PCR test result) rather than clinical (how well the patients were doing).

On the same day the outcome of a trial of lopinavir/ritonavir was published in the NEJM, and found no benefit (or harm). Here the endpoint was clinical, rather than virological improvement.

Taken together these two studies do suggest a very modest benefit to the three drug regimen. Whether there’s sufficient benefit for this regimen (or remdesivir) to become part of standard practice remains to be seen. We’re not convinced.

An analysis published in the NEJM of 1,446 Covid-19 patients at a New York medical centre, 811 of whom received hydroxychloroquine, showed no benefit to using the drug.

It’s not a clinical trial — only an observational study — and this doesn’t necessarily mean that it’s the end of the road for hydroxychloroquine and Covid-19. Also, the patients who were given the drug tended to be sicker.

But it does suggest that if hydroxychloroquine does help, its benefits will be modest. A well-run clinical trial that provides more definitive information on the drug’s safety and efficacy is still needed.

That trial may now have been done. A not yet peer-reviewed study of 150 patients in China found no difference in time to testing negative for people with mild and moderate Covid-19 taking hydroxychloroquine compared to not taking it. There were more adverse events in the hydroxychloroquine patients. It’s a small number of patients, and the paper needs more scrutiny, but it’s not looking promising for hydroxychloroquine.

Coronaviruses and the common cold

A single paragraph from an article in the latest issue of Science is packed with useful information:

“The coronaviruses are single-stranded RNA viruses that infect vertebrates and move between different host species. With the emergence of SARS-CoV-2, there are now seven coronaviruses that are known to infect humans. Four of them (HCov-229E, HCoV-OC43, HCoV-NL63, and HCoV-HKU1) are responsible for ~30% of cases of the common cold in humans. Two of them caused recent epidemics that had considerable associated mortality: SARS-CoV-1, which emerged in 2002–2003 and causes ~10% mortality, and Middle East respiratory syndrome coronavirus (MERS-CoV), which emerged in 2012, is still active, and causes ~35% mortality. Both epidemics affected a relatively small number of patients compared with Covid-19, which is more transmissible for several reasons, including asymptomatic carriers, long latency period, and high infectivity. Before Covid-19, only SARS-CoV-1 and MERS-CoV caused severe disease. Therefore, coronaviral drug discovery has been a small effort relative to that for other viral diseases such as influenza.”

The MRC’s weekly update still shows that the number of registered deaths (7,135) for the latest week for which there is data, 22-28 April, is lower than the expected deaths (7,319 to 8,494). Natural deaths are as expected, but deaths due to homicides and vehicle accidents are down.

The NICD has published a very good article on who should get an influenza vaccine this year: “pregnant women, children aged between six months and five years, people older than 65 years, those with chronic medical conditions such as HIV, heart or lung problems, and healthcare workers”.

The jab doesn’t protect against Covid-19 at all. But it does reduce the risk of getting both Covid-19 and flu. If people get vaccinated it will also reduce the pressure on the health system.

The NICD has also published the second issue of its very useful Covid-19 weekly epidemiology brief. One of the many interesting tidbits in it is that in terms of tests per 100,000 people, the Western Cape (788) is still well ahead of Gauteng (560), KwaZulu-Natal (407) and the Eastern Cape (369).

A letter in the SAMJ by several Tygerberg Hospital clinicians describes how they are treating very ill Covid-19 patients. The first six patients to the intensive care unit were put on ventilators; all died. “Following international reports of improved survival rates with non-invasive ventilation, the Covid-19 ICU at Tygerberg … changed its standard operating procedure in mid-April 2020 from the initially promoted ‘early intubation and mechanical ventilation’ to High-flow nasal cannula oxygen therapy’, to avoid intubation.” One out of seven such patients died. This is a tiny number of patients and this wasn’t a clinical trial or study, but the results are promising.

Another letter in the SAMJ warns that placing people who live on the street in temporary shelters as part of the lockdown increases the risk of overdose among people who are dependent on heroin.