Covid-19: Police arrest shopkeeper for trading without a permit

Shop was selling food and is exempt under disaster regulations 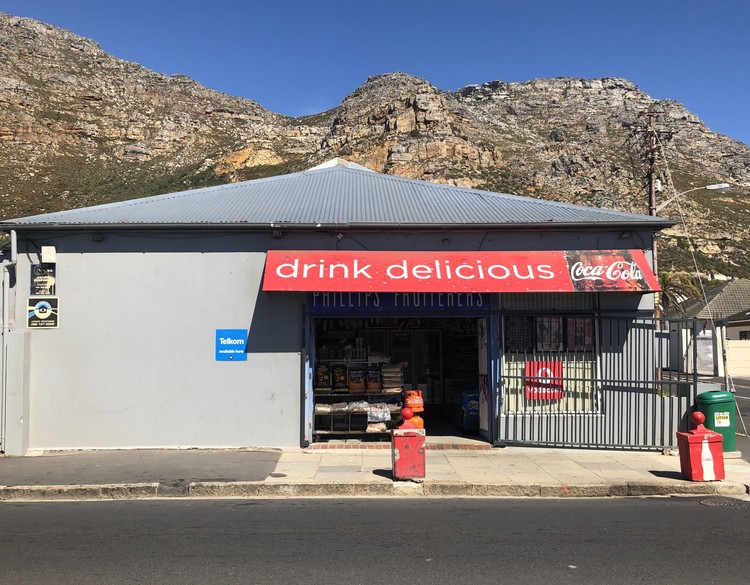 Phillips Fruiterers is back in business after police officers arrested the shopkeeper. Photo: Lucas Nowicki

On Saturday, police arrested a shopkeeper and temporarily shut down a small grocery shop in Lakeside, Cape Town, for trading without a permit during the national lockdown.

The man was released later in the day, and the shop reopened on Monday after receiving a permit from the government.

The government announced last week that all small shops must have a trading permit if they want to stay open during the lockdown.

Abu Hanif Jakir Dhali, the owner of Phillips Fruiterers, said he was not aware that you had to have a permit in order to stay open.

Jakir Dhali said that SAPS visited the store on Saturday afternoon to check if they had a trading permit and when it became clear that they did not have one, the shopkeeper was arrested and the shop was closed.

Captain Knapp from Muizenberg Police Station confirmed that an arrest had been made under the Disaster Management Act for trading without a permit. Knapp said the shopkeeper was released on a warning, and is due to appear in court after the lockdown.

Jakir Dhali said that after the shop was shut down, authorities informed him that he needed to apply for a permit online if they wanted to open the shop during the lockdown. He said that he received the permit “soon after applying” and was able to reopen the shop on Monday.

GROUNDVIEW: This is not treating people kindly

The Dhali family’s story was not out of the ordinary this weekend. And on social media one could find videos showing the police using a far heavier hand. But this story is interesting because it was widely circulated on WhatsApp in Cape Town’s south peninsula, where many people would have shopped at Phillips Fruiterers. A Facebook post from a local security company said that the shop employee would not get bail until mid-April (this turned out not to be true, fortunately). Why didn’t the police simply advise him on how to obtain a permit and, at most, ask him to close for a few hours while it was resolved.

The shopkeeper received a lot of sympathy, but there was also a strange cacophony of voices welcoming the arrest. On social media there has been a clamour by some to have neighbours who commit trivial infringements of the regulations arrested; infringements that actually put no one at risk of being infected by any virus.

Phillips Fruiterers sells food. It is a business that is allowed to stay open in terms of the hastily, chaotically, and not very well drafted disaster regulations for the lockdown. This exemption does not only apply to the big chain supermarkets like Checkers, Shoprite, Spar, Woolworths and Pick n Pay. Well-resourced, well-connected businesses were scrambling the day before the lockdown to get their permits sorted out; it’s plausible that small businesses would not have known what they were supposed to do.

It is ridiculous that a man was arrested for trading without a permit. President Ramaphosa pleaded with the army and police to enforce the regulations kindly. What happened here was not kind; it was kragdadigheid reminiscent of the apartheid police.

Also worrying is the attitude by those who welcome this hard-nosed approach. South Africa has been a democracy for not even three decades. The Covid-19 pandemic means we are living in a dangerous time in which the state, understandably and justifiably, has extraordinary power over our lives. But we must stand steadfast against abuse and keep reminding the police, army and our neighbours that we treasure our freedoms and rights.

See also: Police and soldiers: We support what you are doing but do it gently