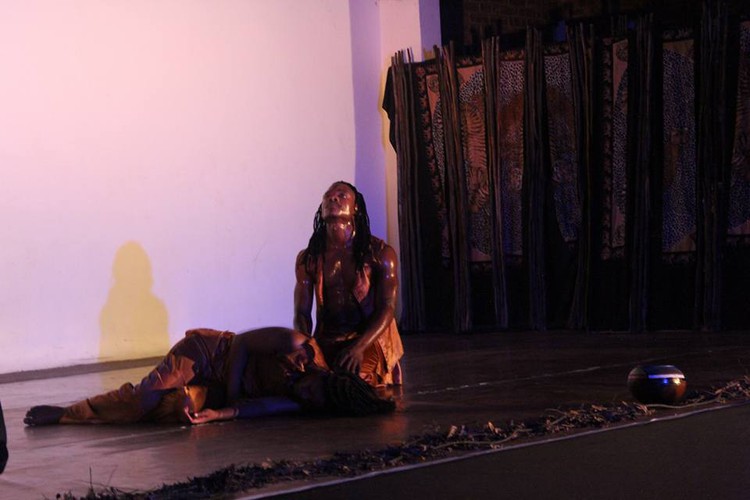 Pretoria based choreographer Mdu Nhlapo says is out of pocket by nearly R50,000 after several of the shows and festivals he was meant to perform at were cancelled due to the lockdown. Photo: Supplied from Facebook

Since the announcement of the lockdown last month, the arts and culture sector was hard hit with a wave of event postponements and cancellations. For many performers and vendors, this meant an immediate cut in their income.

Mdu Nhlapo, a choreographer from Pretoria, said he is out of pocket by nearly R50,000 after several of the shows and festivals he was meant to perform at in the coming weeks were cancelled. Nhlapo said at the time of the lockdown announcement, he had still been rehearsing for the Kucheza Afrika Festival which was to take place from 2 to 12 April at the South African State Theatre.

“The work that we do [as freelance artists] is like a day-to-day hustle, unless you’re a resident artist at a private company where you’re getting a regular payroll,” said Nhlapo.

“I support my mother, my six siblings and my son who lives in Mafikeng in the North-West. Besides that, I also have to pay rent and look after myself,” he said.

Shane Cooper, a jazz and electronic musician for 15 years, recalled how every day since the lockdown announcement, his inbox was flooded with cancellations. “I was getting emails every hour of cancellations. I would say I’ve lost six months of my income,” he said.

Last week, Sports, Arts and Culture, Minister Nathi Mthethwa said that the department had “reprioritised its budget allocation to avail over R150 million to provide the much-needed relief to practitioners in the sector”. He said priority would be given to artists and practitioners who were already booked and whose income was affected by cancelled and postponed events.

“To benefit from the compensation, artists will have to submit a claim that does not deviate from the original Memorandum of Agreement (MOA) [that was entered into with the department], and provide supporting documents such as contracts as well as invoices to the department,” the department said.

In the meantime, Cooper is working on making music from home. While Nhlapo says he remains optimistic that things will get better. “I’m at home now. I’m still working; I’m typing a script,” said Nhlapo.

Many independent arts theatres and cinemas are also battling. Iconic art house cinema the Labia Theatre in Cape Town has asked its patrons to purchase vouchers for ten admissions which can be used once the lockdown has been lifted. At a cost of R450, the Labia hopes this will be enough to keep it afloat and pay staff salaries until it can reopen.

“We didn’t want to ask for donations because we’re aware that there are much more needy causes,” said Labia owner Ludi Kraus. “So far, it’s been heartwarming to see how loyal our patrons have been. Our staff is on leave for three weeks and they’ll be getting their full salaries,” said Kraus.

Kraus said tough days are ahead because even once the lockdown is lifted, patrons won’t be rushing back to the cinema. “We’re taking it one day at a time,” he said.

Mafolo is a Daily Maverick reporter seconded to GroundUp.