Covid-19: Here’s a possible source of funds for social grants 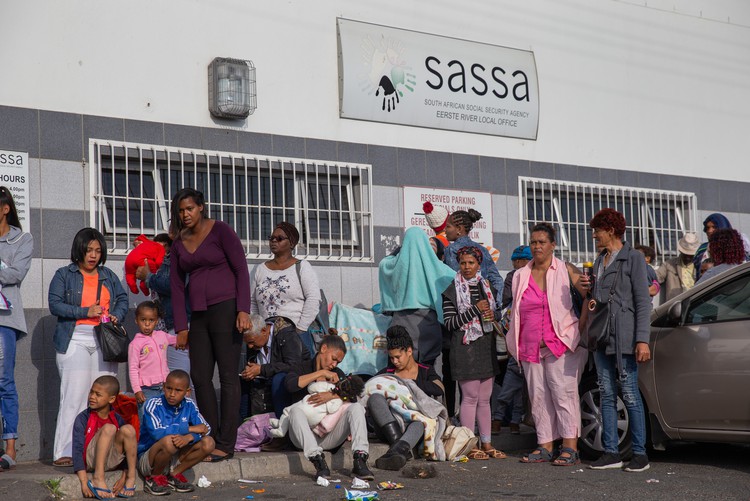 Calls have been made for a once-off payment to help beneficiaries of social grants through the Covid-19 epidemic. More than 18 million people get grants, and to double each grant for a month would cost about R15.6 billion. Even a R100 once-off payment would cost the National Treasury R1.8 billion. But there is one possible source of funds which should not be overlooked: the profits Cash Paymaster Services (CPS) will probably have to pay back to the South African Social Security Agency (SASSA).

The Constitutional Court ruled in 2014 and again in 2017 and 2018, that CPS, which was contracted to SASSA to run the social grants payment system, had no right to make a profit from a contract which the court had ruled “unlawful”. The court ordered the company to file audited statements to SASSA, and ordered SASSA to get an “independent audited verification” of the CPS statements and file this with the court.

On behalf of CPS, accounting firms KPMG and Mazars prepared a report for SASSA suggesting that CPS made profits of about R252 million between April 2012 and September 2018. But a 162-page report by other auditors, RAiN, on behalf of SASSA, found that CPS had bulked up its expenses and therefore understated its profits by a massive R843 million. RAiN estimates that CPS actually made profits of R1.095 billion — not R252 million as CPS claimed — over that period.

The National Treasury approved the RAiN report. But CPS has disputed the RAiN findings. “We were given the opportunity to review the draft report and disagreed with much of the content,” Herman Kotze, Chief Executive Officer of CPS, told GroundUp.

“We believe that our financial reports were prepared accurately and appropriately and that the process followed by the independent auditors we appointed was robust, comprehensive, followed the requirements of appropriate auditing standards and was in strict compliance with the ruling of and timelines set by the Constitutional Court,” Kotze said.

Net1, CPS’s parent company, warned shareholders in its annual report for the year ended June 2019, that though the Constitutional Court had not made an order on the profits to be paid back, “one or more third parties may in the future institute litigation challenging our right to retain a portion of the amounts we will have received from SASSA under our contract.”

So far no one has done so, though the Black Sash, which brought the original case against CPS, says it is reviewing the RAiN report before making a decision on how to proceed.

A billion rand would not go very far among the millions of beneficiaries. But it would help. And the injection of funds would give a little boost to our struggling economy.