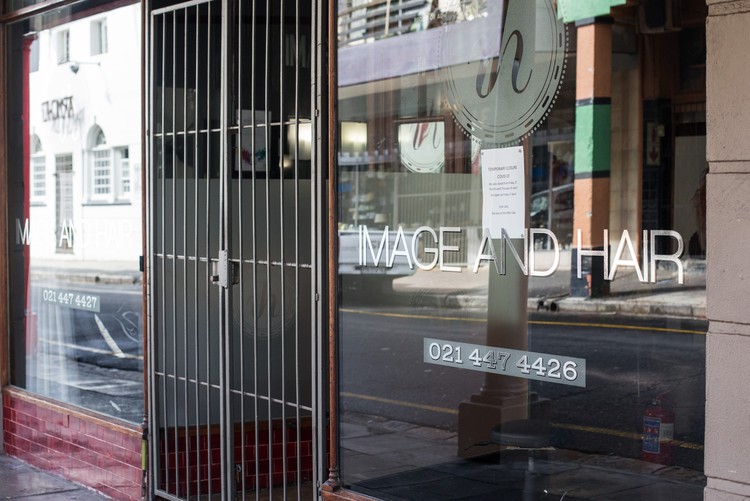 Hairdresser Shaughn Adams says since the start of the lockdown last month, he has been too afraid to open his laptop to check his business’s turnover.

Adams is owner of the Image and Hair salon in Observatory, Cape Town, which has been closed since the beginning of the lockdown announced by President Cyril Ramaphosa.

“In all my 22 years in this business, I have never been scared to check how my business is doing. We all understood the reasons behind the lockdown, but we never anticipated the financial impact. We did not grasp it until it was upon us,” said Adams.

He says 40 to 45% of his clientèle are international students.

“When the issue of the coronavirus became more serious in early March, mostly in China, I was already losing my international clients because they had to go back to their home countries. And as matters became worse, there was an instant roll down, it’s like everything stopped, clients started cancelling their appointments,” said Adams.

Adams has five staff members on his payroll. He is the chair of the Western Cape division of the employers’ organisation for hairdressing, cosmetology and beauty, and says the organisation offered support and guidance to his staff in applications to receive help from the Unemployment Insurance Fund (UIF).

“My biggest concern has always and still is my staff. We are not sure when the UIF will pay out and like the rest of us, they need money to put food on the table,” said Adams.

Adams said he did not disagree with the lockdown, but he was worried about the effect that it would have on small businesses and on unemployment. He said he was now looking into his savings to keep his business afloat while it is closed.

He says he is thankful to his landlords who have lowered his rent. “That was a big relief. But what about other salons, what about the salons that are inside malls that have to pay large amounts of rent? I have never been scared like this before. Will things go back to the way they were?”