About 19,000 low-risk offenders may qualify 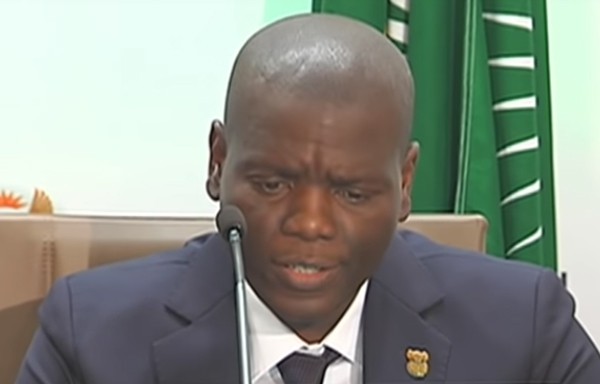 Ronald Lamola, Minister of Justice and Correctional Services, said about 19,000 low-risk offenders may qualify to be released from prisons across the country, which will decrease the prison population by about 12%, reducing overcrowding.

Lamola was addressing the media on Friday afternoon after President Cyril Ramaphosa announced the authorisation of parole for selected categories of sentenced inmates as a measure to reduce the spread of Covid-19 in prisons.

In a statement on Friday, Ramaphosa said the parole dispensation would apply to low-risk inmates who have already served their minimum sentence, or who would approach this period in the next five years.

Prisoners affected by this decision will not be pardoned or have their sentences decreased, instead, they will be placed on parole and will continue to serve their sentence under community corrections.

“It brings forward a person’s eligibility to apply for parole, so it doesn’t mean they automatically qualify. That’s why parole boards will further scrutinise on a case by case basis,” said Lamola.

He said the release of some inmates was a necessary measure to improve ventilation and decrease the burden on health facilities and testing.

According to the National Commissioner of the Department of Correctional Services, Arthur Fraser, these inmates include people who have committed petty crimes and “crimes of needs” like shoplifting, theft and trespassing.

He said the categories and people have been carefully scrutinised to ensure that violent criminals are not released.

Lamola said DCS was confronted with the “glaring impossibility” of maintaining social distancing in prisons due to overcrowding. He said the overcrowding in prisons was as a result of criminality, unemployment, substance abuse and poverty.

As of 4 May, Lamola said correctional facilities were about a third over capacity. Prisons have the capacity to accommodate about 119,000 inmates but there are currently 157,000, including 56,500 who are in remand detention (awaiting trial).

Eastern Cape prisons have the highest percentage of overcrowding and have also been the worst affected by Covid-19, with 102 confirmed cases.

Although the department planned to add over 3,000 beds to prisons in the next five years, Lamola said DCS could not beat the rate of people entering prisons. He said crime in the country needed to be significantly decreased.

Lamola also said the department was looking into producing face masks and soaps in prisons as part of the response to Covid-19.