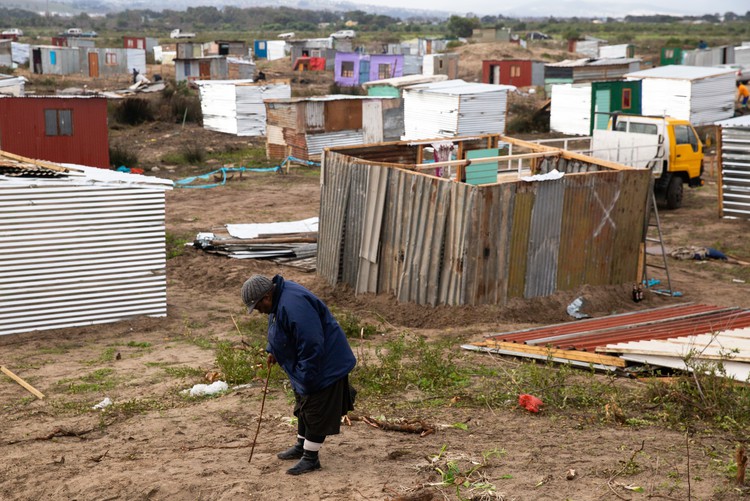 Global public health experts have put forward a set of proposals for how governments should respond to Covid-19 in informal settlements. The risk of mass Covid-19 transmission within informal settlements is high in South Africa, and across the world. The spread of Covid-19 has until recently favoured more developed countries. However, residents of informal settlements may be the people hit hardest by Covid-19, both by the virus itself as well the measures to reduce infections.

In response to this looming crisis, 18 experts in public health, epidemiology, and other field have published a policy plan to reduce the risk of transmission of Covid-19 in informal settlements, and to strengthen these communities’ ability to handle what will follow. The authors are from institutions in several countries including India, Bangladesh, Brazil, Egypt, Cameroon, Kenya, the UK and US. One of the authors has a South African affiliation: Professor Tolullah Oni of the Universities of Cape Town and Cambridge.

The report, “Slum Health: Arresting COVID-19 & Improving Well-Being in Urban Informal Settlements”, draws on the authors’ various experiences in handling public responses to the Ebola epidemic in West Africa, and the HIV pandemic. Their plan calls for urgent government intervention to prevent the worst possibilities of the disease, and to “promote social and economic resilience that extends beyond the immediate crises”.

Approximately one billion people live in informal settlements or slums. Slums are technically defined by UN Habitat as areas in which shelter lacks one or more of durability, space, access to improved water and sanitation, and security of tenure.

In South Africa, at a minimum, between 2.9 and 3.6 million people live in informal settlements, although the true figure is likely “significantly higher”, according to a May 2018 paper by the Socio-­Economic Rights Institute of South Africa.

According to the Slum Health report, the nature of informal settlements lends itself to increased risk of disease transmission - high densities, and short supply of water, toilets, sewers, drainage, waste collection, and secure and adequate housing. Residents of informal settlements, by virtue of their vulnerable economic status, do not have access to healthcare and supporting structures that could mitigate the effects of disease.

The report warns that “top-down strategies” by governments to arrest the spread of disease are vulnerable to failure, as residents of informal settlements often have “legitimate mistrust and fear of government and outsiders claiming to help”.

The plan calls for eight immediate interventions by governments of countries with informal settlements. These are: