All evictions suspended by government 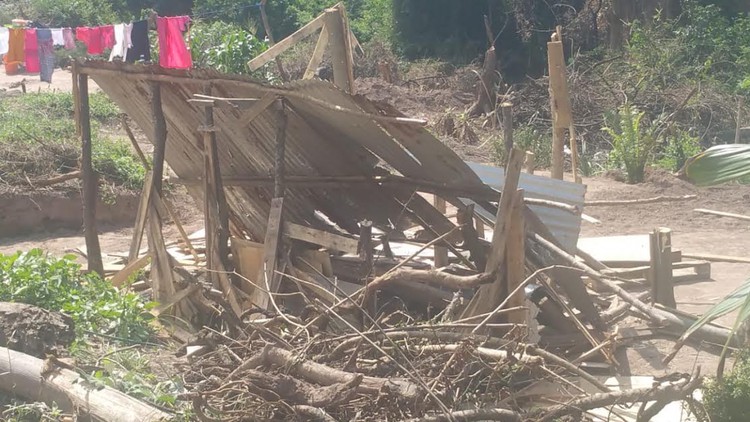 By Athalie Crawford and Nompendulo Ngubane

Evictions have been frozen across the country as part of the government plan to stem the Coronavirus epidemic. But according to social movement Abahlali baseMjondolo, in spite of this, houses were demolished on Sunday in Ekuphumeleleni settlement in Mariannhill.

Abahlali said the demolitions were “a direct violation of a promise made by national government, and a direct attack on the most vulnerable people in this time of crisis”.

The ban on evictions is recorded in the Government Gazette of 26 March, the day the national lockdown started. The gazette (20200326-gg43167) says: “all evictions and execution of attachment orders, both moveable and immovable, including the removal of movable assets and sales in execution is suspended with immediate effect for the duration of the lockdown”.

A few days before, 31 social justice organisations had sent a joint letter to the President and Covid-19 National Command Council (NCC), Health Minister Zweli Mkhize, the Office of the Chief Justice and the South African Board of Sheriffs, calling for an immediate national moratorium on all evictions. The NCC has been set up to coordinate the measures necessary to deal with the Covid-19 national health emergency. It is headed by the President and includes the ministries of Health, Home Affairs, Human Settlements, Rural Development, Land Reform and Police.

The joint letter pointed out that it made no sense to have a national lockdown to halt the spread of Covid-19 and at the same time to carry on with business as usual as far as evictions were concerned.

Globally people have been told to stay home and wash their hands as a way of containing the spread of the virus: people who have been evicted from their homes obviously cannot do this.

“One cannot practice physical distancing should you find yourself and your belongings on the side of the road or in an open space and exposed to the public with no means of protection,” said the organisations in their letter. International research had established that homeless people were more exposed to infectious diseases, specifically respiratory illnesses such as tuberculosis and immunodeficiency.

Countries like Spain and states in the USA like New York State, as well as numerous cities including San Francisco and Los Angeles, have banned evictions. In Los Angeles, 63% of the city’s four million residents are in rented accommodation and would be vulnerable to being evicted if unable to keep up payment of rentals.

The moratorium on evictions in the government gazette covers not only evictions that fall in the lockdown period but eviction orders that were obtained before the lockdown started. Equally if a lease expires within the three-week lock down period, the tenant cannot be evicted nor can the new tenant move in – all movement is halted. Simon Dippenaar, writing for Property24, says that the easiest thing would be for the landlord to extend the lease until 1 May, or for the tenant to request an extension till then, as the lockdown period straddles two months.

The letter from the 31 social justice organisations to the President and National Command Centre also called for “… a specific directive targeted at municipalities to cease the deployment of their anti-land invasion units, law enforcement units (or similar structures) and the contracting of private eviction services, such as the ‘Red Ants’, to evict, interdict, or otherwise remove occupiers in informal settlements or buildings.”

Recently in Khayelitsha the City of Cape Town demolished about 40 shacks in the Zweledinga informal settlement. The Mayor of Cape Town, Dan Plato, said that the City was “…fully against evicting residents, however we carry it out only when there is no willingness to work with us and make arrangements to pay.”

“I am deeply concerned about two specific population groups: those living in emergency shelters, homelessness, and informal settlements, and those facing job loss and economic hardship which could result in mortgage and rental arrears and evictions,” said the UN Special Rapporteur on the Right to Housing, Leilani Farha, in a statement on 18 March.

“At a minimum, to ensure protection of those living in homelessness or grossly inadequate housing, states must: cease all evictions; provide emergency housing with services for those who are affected by the virus and must isolate; ensure that the enforcement of containment measures (curfews) does not lead to the punishment of anyone based on their housing status; provide equal access to testing and health care; and provide adequate housing which may require the implementation of extraordinary measures as appropriate in a state of emergency, including using vacant and abandoned units and available short-term rentals,” she said.