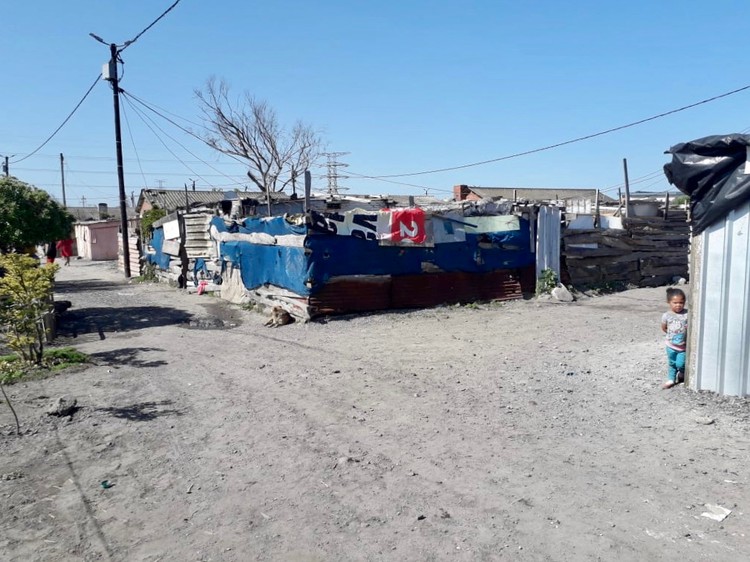 The courts have ruled that evicted families from Klein Akker, Kraaifontein, be moved to Kampies (above) in Philippi. Photo: Vincent Lali

On Thursday the Western Cape High Court upheld the eviction of hundreds of farm dwellers from Klein Akker, Kraaifontein.

Acting judge Sievers ruled that the City of Cape Town must “make available within 24 hours of this order, temporary emergency shelter in the form of land and emergency housing kits at the emergency housing site known as Kampies, Philippi”.

He said the City should provide transport for the evictees who are willing to accept its offer of temporary emergency shelter at Kampies.

The City must provide temporary emergency housing kits to those unwilling to move to Kampies at any site where they have received permission to stay.

Sievers said the court expected the City to provide temporary accommodation within six weeks to shack dwellers willing to move to Kampies.

Wendy Pekeur of the Ubuntu Rural Womxn and Youth Movement was critical of the judgment. “Kampies is another dumping site like Blikkiesdorp and Wolwerivier … How will these children get to school? It is almost exam time.”

“The City has land next to the eviction site, but they refused to relocate people there,” she said.

Community leader Tanya Bowers said, “The judgment doesn’t understand the reality confronting the people of Klein Akker Farm.” She said relocating to Kampies meant a “shift from a peaceful mixed race community to a more high risk and violent surrounding”.

“Children will be forced to change schools with no guarantee of enrolment given the current situation with the Western Cape Education Department,” she said.

She said the Mustadafin Foundation and Gift of the Givers had offered food, water and blankets.

Kampies community leader Merilyn Meyers said, “We dont want them to come here. The City promised to give land to 22 families and it has not done so.”

Mayco Member for Human Settlements Councillor Malusi Booi said: “The City’s offer of assistance has now been made an order of court … The City will provide transport to those affected who have indicated that they would like to take up the City’s offer of temporary emergency shelter.”