People do not choose to live in a public parking area out of malice or wilfulness but out of desperation and need, says judge 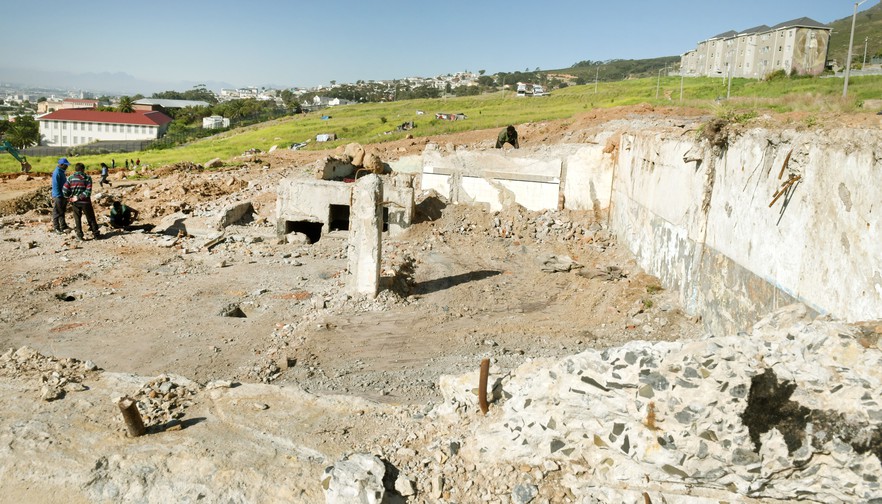 A ruling by the Cape High Court says that the City of Cape Town cannot use bylaws to ignore the Constitution’s Bill of Rights.

Ruwayda Davids and 42 others, represented by housing rights organisation Ndifuna Ukwazi, complained that they and other residents living in tents and informal structures were unlawfully evicted by City law enforcement.

They said that on Sunday 19 September about ten law enforcement vehicles arrived at the property, followed by a crane and a loading truck.

They were ordered to vacate their homes, remove their personal effects and dismantle their dwellings.

City officials proceeded to dismantle tents and structures and confiscate personal effects, including identity documents, drivers licences, clothes, blankets, toiletries and food, even those belonging to people not present.

Some of the evictees were given notices to appear before the municipal court for contravening bylaws, with options of fines.

At no point were they given a copy of a court order authorising the eviction.

Davids and her co-applicants said their eviction could only be authorised under the Prevention of Illegal Eviction and Unlawful Occupation of Land Act (PIE).

But the City said tents were impounded under bylaws relating to streets, public places, and the prevention of nuisances.

Judge Allie said the main question she had to answer was whether, under the City bylaws, enforcement officers were permitted to remove tents and makeshift structures.

“About a month prior to September, the City’s social development department officials approached some of the applicants and offered them accommodation at the City’s Safe Space.

“Davids said she had been on the City’s waiting list since 1991, she had previously used the Safe Space facilities, but it did not allow her to live with her household members,” the judge said.

“The Safe Space in Culemborg requires them to wake up at 6am, have breakfast and leave by 8am and return at 5pm. That is clearly not a home in which household members can remain together during the day and is clearly a shelter for homeless people,” the Judge said.

Davids told the court that the City was misusing the bylaws to circumvent the PIE Act and “criminalised the poor”.

The City said the applicants were contributing to the demise of the area by making illegal fires, littering, dumping, increasing criminal activity, abusing drugs and alcohol, creating a nuisance by fighting with each other, blocking drains and damaging fire hydrants.

It said the land in District Six had been targeted for unlawful use since 2020 and the illegal occupants presented a major obstacle for the building of houses for District Six beneficiaries.

Judge Allie said in the absence of judicial oversight and fair process, the eviction of a person from their home and the demolition of their home, whether it was an established building or a temporary shelter, violated the person’s constitutional rights to dignity, housing, safety and health and even the right to life.

“Properly interpreted, the provisions of PIE require that if there is any doubt about whether a structure is occupied, or whether it is completely or fully built, an organ of state or a private person must obtain a court order before it may evict a person from or demolish that structure. This applies to all structures that resemble a shack, hut, tent or any form of temporary or permanent dwelling or shelter. This interpretation best promotes the rights in the Bill of Rights,” said the judge.

This was boosted by the provisions of the Disaster Management regulations.

“The plight of the applicants is similar to that of millions of people all over South Africa and the City could not take the law into its own hands.

“Parlous financial circumstances are driving people in desperate poverty to set up home on land unlawfully.

“The bylaws, in context, clearly envisaged that a category of people who live on the streets are willfully disobeying the law.

“There is no doubt that the applicants do not choose to live in a public parking area out of malice or wilfulness … but out of desperation and need. They brave inclement weather, run the risk of being attacked by criminal elements … and the housing crisis endures.

“The City cannot compel them to live in places far from the city …. when they do not have the means to travel in search of employment and food,” the judge said.

“The streets bylaw must be applied with due regard to its purpose and context. The effect of it is that it evicts occupiers of informal structures without a court order,” said the judge.

Judge Allie ruled that the eviction was unlawful, directed the City to return all that was confiscated, and that the City provide all the applicants with their goods or compensate them with R1,700 each.

Daniellé Louw, attorney at Ndifuna Ukwazi, said: “Our clients are elated with the outcome of their case. This judgment confirms that the PIE Act applies to street-based occupiers, that their tents and habitable structures are their homes, and that the City must obtain a court order when it seeks to evict them. We trust that this judgment has dissuaded the City from continuing its rampage to illegally dispossess and displace other street-based occupiers.”