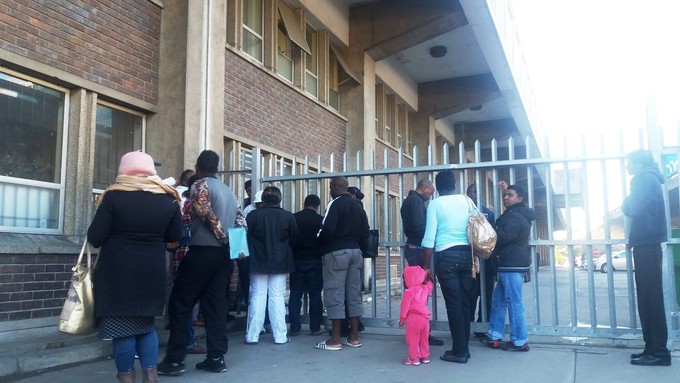 Bernard Toyambi, Director of immigrant rights organisation PASSOP, said that since February 2015, Home Affairs has been refusing to renew such documents. More than 1,000 people have complained to PASSOP and other organisations working with refugees. A list of their names was submitted as evidence.

“Many of these refugees cannot afford to travel back to the places where they originally applied — like Musina, Durban and Port Elizabeth. They face a possibility of losing jobs, business and getting arrested,” said Toyambi.

“We welcome the judgment … It’s a big relief to thousands of asylum seekers we serve. We also thank Legal Resource Centre for their persistence. We believe that the Department of Home Affairs will comply with the court order.”

The court ordered Home Affairs to extend or renew at the Cape Town Temporary Refugee Facility (previously known as the Cape Town Refugee Office) all asylum seeker permits originally obtained in terms of section 22 of the Refugees Act for a period of no less than three months.

This order remains valid until the resolution of each application for asylum, including any internal appeals or any legal disputes challenging the closure of the Cape Town Refugee Office.

Under the order, the offices of Home Affairs at Customs House on Cape Town’s foreshore must process the applicants “regardless of whether those offices are considered to be a Refugee Reception Office”.