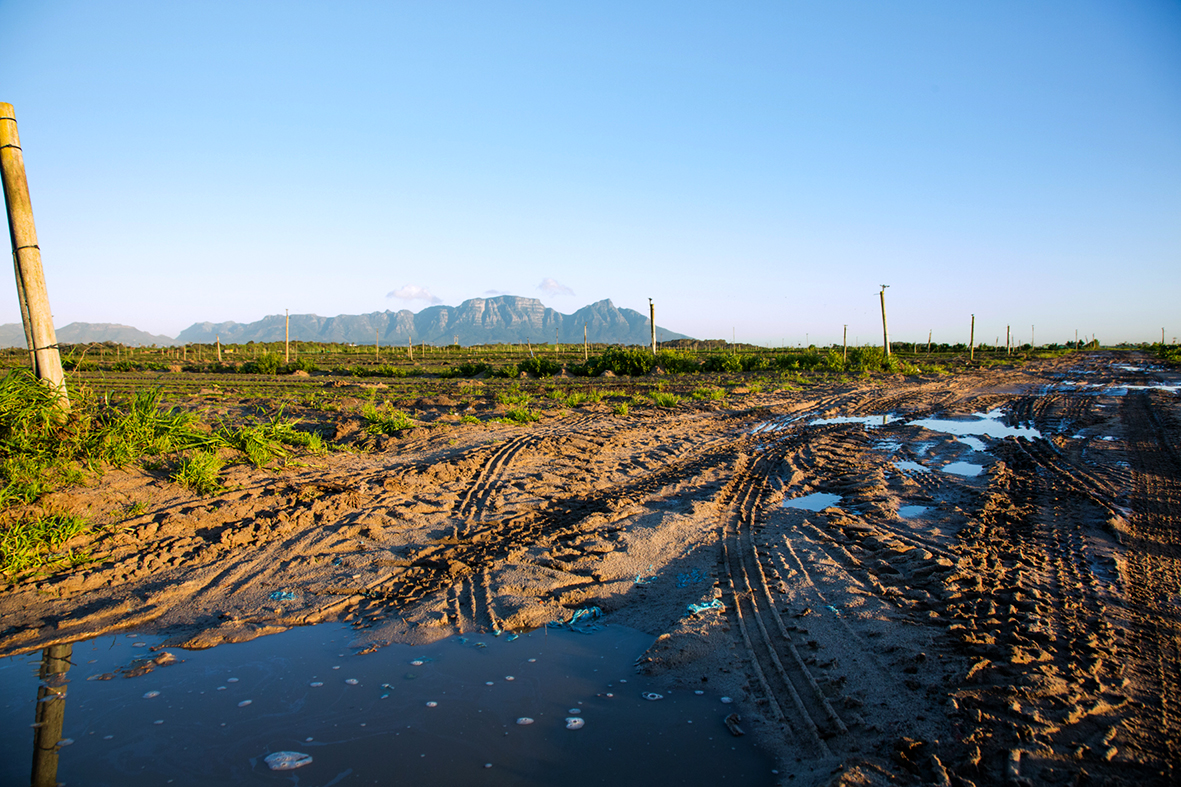 The Philippi Horticultural Area lies over the Cape Flats Aquifer. (The photo above is not precisely the area in the judgment. The area considered in the judgment is not being farmed.) Archive photo: Maryatta Wegerif

The Western Cape High Court on Tuesday halted the proposed Oakland City development on the Cape Flats Aquifer, telling the Western Cape government and the City of Cape Town to go back and reconsider their decisions.

The Court said the province and the City should consider new evidence on the aquifer.

The Philippi Horticultural Area Food and Farming Campaign, an organisation aimed at protecting the farmlands of the Philippi Horticultural Area (PHA), took the decisions to rezone the land and to grant an environmental authorisation on review. The farmers of the PHA, which is known as Cape Town’s food basket, have been under threat from developers seeking to extend urban development.

The Oakland City proposal included housing for 15,000 families on about 171 hectares of the land, with schools, commercial and industrial facilities on 28 hectares, and a conservation and wetland area on 77 hectares.

The PHA lies on top of a huge aquifer that not only provides a consistent supply of water to the farmers, but supplies water to the surrounding wetlands of Princess Vlei and the False Bay Nature Reserve. The Campaign argued that in granting the environmental authorisation to the project, the Western Cape Department of Local Government, Environmental Affairs and Development Planning did not sufficiently consider the impact of the development on this aquifer. They said the development site lay over one of the deepest parts of the aquifer. The PHA is essential to the survival of the aquifer given the recent droughts in the Cape Town area and the increasing threat of climate change. The department failed to do a specialised aquifer impact assessment, the Campaign said.

The Court agreed that none of the various studies considered by the department specifically focused on the impact of the development on the aquifer, the importance of its preservation and how to best achieve this in the context of water scarcity and climate change in the Western Cape. In addition, the studies considered were all quite outdated, the most recent being three years old by the time the decision was made. As a result, Judge Kate Savage wrote, key factors relevant to the decision to grant the environmental authorisation had not been taken into account. “What was required was a more recent assessment of the health of the aquifer and the impact that the proposed development will have on the aquifer given climate change and water scarcity in the area.” She decided to remit the matter back to the MEC “for reconsideration of new evidence and reports relating to the aquifer”.

The Court also set aside the decision of the City of Cape Town’s Planning Appeals Committee to approve the rezoning and subdivision of the Oakland land, ordering a new appeal process on the basis of the preservation of the natural environment and the effects of the development on the aquifer ” in the context of climate change and water scarcity in the City” .

The Campaign asked the Court to use its discretion to not just set aside this decision, but replace it with what it would consider the appropriate decisions. But Judge Savage said that the Court’s finding related to the way the decisions of the department and the Committee had been reached, rather than the contents of the decisions themselves. She told the department and the Committee to reconsider their decisions, taking into account all the relevant information as required by law.

This article has been modified to clarify our reporting on the judge’s decision.