Court action to force political parties to disclose their funding

My Vote Counts has approached the Western Cape High Court 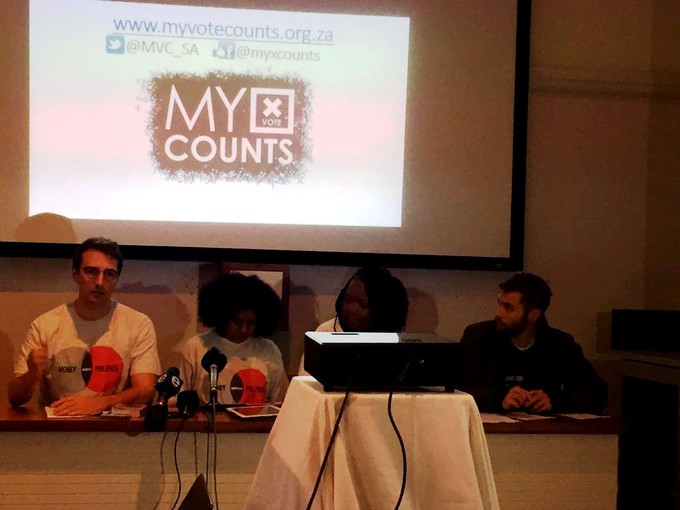 My Vote Counts (MVC) is taking its fight for transparency on political party funding to court.

Today, the organisation made an application in the Western Cape High Court to have the Promotion of Access to Information Act (PAIA) declared invalid and unconstitutional.

This follows a failed attempt to get political parties to provide “basic information” about their major private funders.

Only four political parties — the DA, IFP, FF+, and African Independent Congress — met the civil group’s 1 July deadline to respond to its request. They refused to supply financial information.

MVC wants political parties to be obliged to create and provide records of private funding information without having to be asked to do so.

“Where political parties are getting their money from is a much clearer indication of what they stand for, of what their policies really are, beyond the three words we see on the campaign posters,” said Ogle, adding that there was no need to justify why the information should be available.

“In (isi)Zulu we say ‘Sifun’ukwazi!’ and you say it cheekily. When you say to someone ‘ngifun’ukwazi’ you don’t have to explain why, you’re saying you want to know.

“So, beyond linking it to your vote, it’s the public’s right to know because of the nature of political parties in South Africa, because they’re quasi-public. We have a right to have that information,” she said.

MVC’s direct challenge to the PAIA comes after an application to the Constitutional Court was dismissed in October 2015.

The group asked the court to compel parliament to pass legislation to force political parties to disclose their private funders.

A majority judgment ruled that such legislation had already been passed in the form of the PAIA.

The ruling held that MVC should have challenged the constitutional validity of the PAIA in the High Court instead.

In its refusal to provide private funding information, the DA said, as a non-profit company, My Vote Counts has no right to vote and “thus no right to the information itself”.

“Without the ability of knowing who funds our political parties, we as voters are kept in the dark about the potential conflict of interest which occurs.

Ogle said MVC was aiming to have information on the private funds of political parties at least by 2018, a year before the next general election.