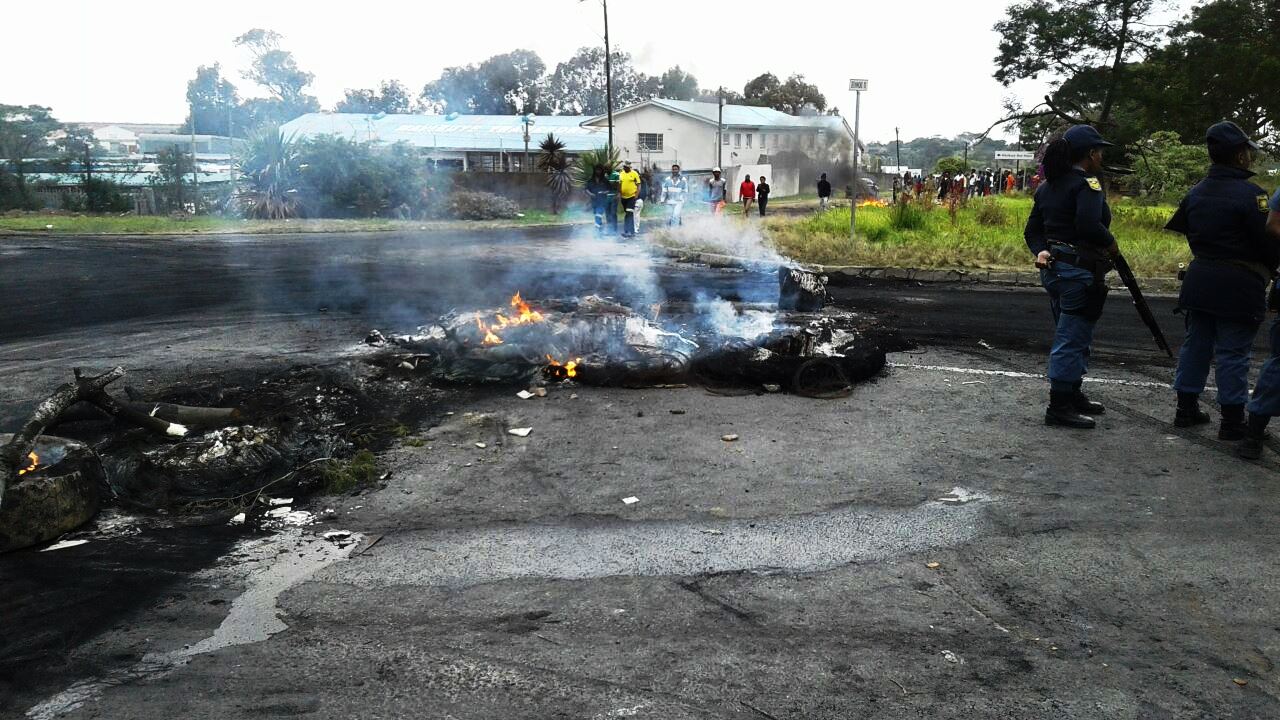 A protest in Mdantsane, East London, is being blamed on the failure of a ward councillor to give residents answers about houses she allegedly promised them two years ago .

Pupils at Sophathisana Senior Secondary School had to leave school early on Friday. Disgruntled residents from Chicken Farm, Reeston and Dayisi informal settlements blocked roads to the CBD with burning tyres, stones and rubbish. There were mostly teenagers closing the roads, while community leaders met with the police.

When police tried to open the road, people chanted, “We just started. Ncumisa must fall. We will continue.”

Last month, residents marched to Mekane’s house to give her a memorandum asking about the promised houses and demanding land for more houses. Another memorandum was taken to the BCMM offices.

On 4 May, Mekane called a meeting of community leaders. She told them to tell the community they must go to the BCMM offices with their ID numbers so they can be put on the housing database.

“We told her that is not going to happen,” said one of the community leaders, who did not give his name.

A man who identified himself as Rasta said residents have waited for ten years to get houses. If they register now, he said, it will mean they will have to wait for another ten years.

“Each year we are getting empty promises,” he said. “Shacks are growing every day, and that can only stop once they start building houses.”.

Reeston community leader, Malibongwe Lantini, told GroundUp that residents are angry because Mekane did not respond to their grievances even after she acknowledged receiving their memorandum.

“What we do not understand is why is she telling us now about the database,” said Lantini.

He said that after they had a meeting with Mekane on Wednesday, they tried to have another meeting with her on Thursday.

“She told us that if we want to speak with her we must call the police first. We ended up going to the BCMM, but we were not helped. Hence we decided to protest,” he said.

On Friday, Sibusiso Ncidi, spokesperson for BCMM Mayor Alfred Mtsi, said the municipality was aware of the protest and the MEC deployed a councillor to speak with residents.

“As we speak we are waiting for the deployed councillor to come back with residents grievances and address the mayor. Once we know their grievances we will respond,” said Ncidi.

Mekane had not responded to GroundUp’s requests for comment by time of publication.