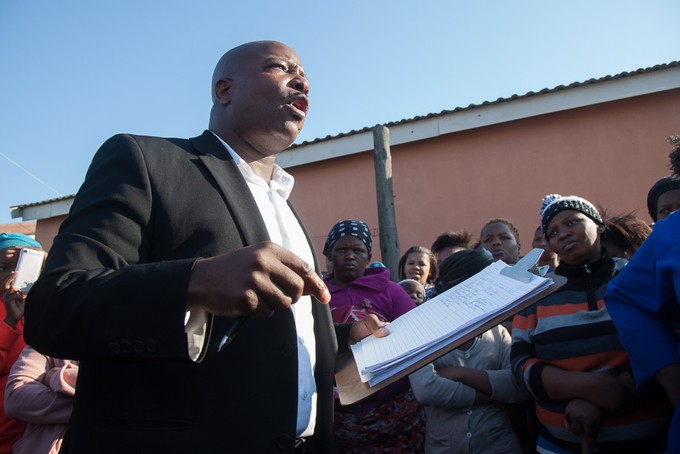 A controversial ward councillor in Mfuleni has been re-elected, but in an adjacent ward.

Honono will be leaving the ward where he was the target of criticism, with residents even attacking his home in April this year during a protest.

Issues also arose in Garden City informal settlement, which was originally part of ward 108, with Ses’khona leaders who were ousted from their homes in the area calling Honono a “lazy councillor” and blaming the councillor for the forced removal.

Honono has continuously denied the accusations against him.

Despite moving to a different ward, today Honono was again the target of angry ward 108 protesters who blamed him for electricity problems. It appears that the residents were unaware that Honono was no longer their councillor or that the ward demarcations had changed.

When GroundUp contacted Honono today he was unable to answer questions as he was in a councillor’s meeting.

Ward 108 resident Thembile George told GroundUp residents were happy that Honono was no longer the councillor for their ward as Honono “doesn’t care for the people”.

GroundUp attempted to contact the ANC Western Cape spokesperson on his cellphone, office number and email, but had not received a response by the time of publication.