Constitutional Court scathing about arrest and detention of child

“Even when they are in conflict with the law, we should not permit the hand of the law to fall hard on them like a sledgehammer lest we destroy them.” 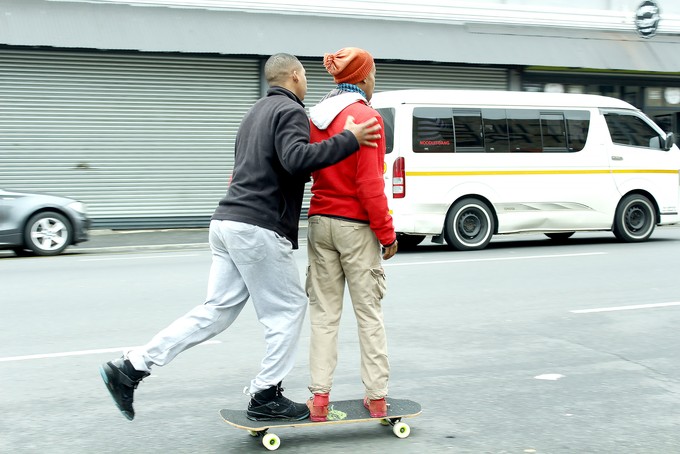 In 1996, the drafters of our Constitution believed that the best interests of a child were so important that they created a special set of rights just for children under section 28 of the Constitution. One of the rights contained in this section is that every child has the right “not to be detained except as a measure of last resort”.

Of course we do have juvenile offenders in South Africa and they are routinely arrested and detained in the course of administration of justice. However, things may be changing thanks to one young woman.

Michelle Joyce Raduvha was fifteen years old when she was arrested.

On 6 April 2008, two police officers attempted to arrest her mother, Ms Raduvha, for contravening a protection order. When Michelle tried to stop them she was arrested for “wilfully obstructing” the police officers in the execution for their duties, commonly referred to as obstruction of justice.

In terms of the Criminal Procedure Act, peace officers are permitted to arrest people for certain crimes without needing a warrant. Obstruction of justice is one of these crimes. The section does not require that police officers arrest the person but instead gives them the discretion to do so.

Following their arrest, both Michelle and Ms Radhuva were detained for approximately 19 hours before being released on warning (i.e. without needing to pay bail). Unlike many cases concerning minors, Michelle was with her guardian during the period of her detention and was released within a day.

The Public Prosecutor subsequently declined to prosecute both the cases.

Both Ms Radhuva and Michelle then sued the Minister of Police for damages resulting from the unlawful detention. During the evidence presented, it became apparent that the officers would have arrested Michelle, even if they had known she was a minor. That is to say, the officers did not consider her age or status as a minor to have an impact on their decision to arrest and detain her. The case was unsuccessful in the High Court.

The court has to balance two rights: the child’s right to not be detained and the duty of the police to prevent, combat and investigate crime.

An important distinction was drawn between arrest and detention. While there may be justifications for arresting a minor, there may not be sufficient grounds to warrant detention. That said, even an arrest is an incursion on a person’s liberty and dignity so in effecting an arrest, the police must consider whether the arrest can be justified.

It was clear, in this case, that Michelle’s interests were not taken into consideration when the police officer’s arrested her. Judge Lebotsang Bosielo, in a unanimous judgment, found the police officer’s actions to be disconcerting. The judgment highlights that the cops’ actions show a lack of understanding of their constitutional obligations, particularly with regard to minors. It is scathing about the officer’s conduct and emphasises the important role police officers play in protecting human rights in a democratic South Africa, particularly given the role police played in oppressing these rights during apartheid.

Judge Bosielo states: “Our people deserve a police service which is steeped in a culture of respect for human rights. This requires them in all their dealings with society whilst executing their constitutional duties to be guided by respect for human rights and strict observance of the rights to human dignity, equality and freedom.”

While the court acknowledged that there are certain circumstances in which a child may need to be arrested, this should be a last resort. This is eloquently summarised in the judgement:

All that the Constitution requires is that, unlike pre-1994, and in line with our solemn undertaking as a nation to create a new and caring society, children should be treated as children – with care, compassion, empathy and understanding of their vulnerability and inherent frailties. Even when they are in conflict with the law, we should not permit the hand of the law to fall hard on them like a sledgehammer lest we destroy them.

This is a clear and unequivocal expression of the court’s opinion. Arrests and detention are not measures our Constitution created to apply to juvenile offenders. While it is clear that children can still be arrested and detained, police officers should not be so quick to exercise these measures against minors.

The court found that Michelle’s arrest was not justifiable as a measure of last resort and her subsequent detention was ‘in flagrant’ violation of section 28 of the Constitution.

The case was sent back to the High Court for the damages payable to Michelle to be decided.

As much as Michelle’s case only progressed because she had the resources to pursue it, the case could have a huge impact for all minors facing arrest in the future.

The court’s decision has given clarity on the actual importance of children’s rights when weighed against the other rights, but, more importantly, reinforced the duty of the police to protect and preserve every citizen’s rights under the Constitution.

Our Constitution states that the interests of the child are paramount, our Constitutional Court has now, in one voice, put them first. Maybe, in time, it will become true for the rest of South Africa.