From now on judges must approve deductions against salaries by creditors 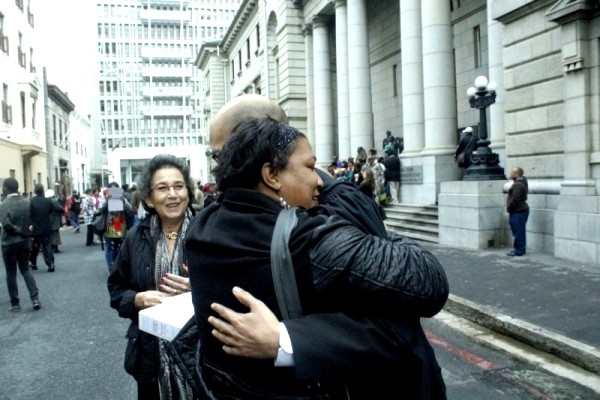 Imagine you sign a piece of paper after buying a cell phone or getting a Truworths card that leads to your salary virtually disappearing each month. You end up not having enough money to buy food or pay for your children’s school fees. From month to month you have no idea how much of your salary will be left for you to use.

For many South Africans caught in a spiral of debt, this is a real situation. However, this will be less likely to happen to future debtors thanks to a Constitutional Court judgment in University of Stellenbosch Legal Aid Clinic and others v Minister of Justice and Correctional Services and others.

According to papers filed in the case there are 20 million credit consumers and R168 billion in unsecured debts (where the debtor has given no collateral for the loan).

Many people who are given credit face difficulties repaying it. If a debt is secured, the lender will usually proceed to court, obtain a judgement and then execute by selling the security and using the proceeds of the sale to pay off the debt.

The problem that arose for lenders was how to give credit without any security. People with no assets still need access to credit, and previously only had this access in unregulated forms, for instance through loan sharks. So the lenders got these debtors to consent to what is called an emoluments attachment order. This is a court order compelling the debtor’s employer to deduct money from the salary of the debtor to pay the lender.

In this court case the applicants had been approached to take out small loans from SA Multiloan. When they defaulted on their loans, representatives from SA Multiloan presented them with paperwork they had to sign. SA Multiloan used these signed papers to obtain default judgements and emoluments attachment orders against the applicants. In some cases, the courts that granted these orders were far away from the applicants, making it difficult for them to defend the proceedings.

However, most of the applicants were not even aware of proceedings against them until their wages started disappearing. The deductions made in terms of the emoluments attachment order were so high that the applicants could not support themselves or their families.

However, thanks to section 65J of the Magistrates Court Act, this forgery never came to light until long after the emoluments attachment order was granted. Section 65J enables credit providers to circumvent a number of procedures in the National Credit Act and apply for an order on the basis of documents signed by a debtor, without having to notify the debtor or have the proceedings take place in a court near the debtor. These documents would never have been presented to a judge, but only to the clerk of the court, who would then proceed to grant the creditor an emoluments attachment order.

Section 65J does provide that an emoluments attachment order may only be granted from funds that debtors do not require to maintain themselves or their dependents. But it is clear that the lack of judicial oversight in the process left it open to abuse.

The law provided some recourse to debtors: an order could be rescinded if debtors showed that it left them with insufficient means to support themselves and their dependants. However, this option was often unavailable because the orders had been made in courts far away and without the debtor’s knowledge. The difficulty was compounded by the legal costs of such an application.

In short, having the debtor protected by judicial oversight after the order is granted is too late.

All of this said, emoluments attachment orders are actually not a bad tool for creditors and debtors alike. This is because they allow debtors to pay off their debt in instalments instead of selling off their assets. If properly used, the attachment orders are supposed to leave debtors with enough money to meet their needs while also allowing debts to be paid off.

Two majority judgments of the Constitutional Court found that the mechanism of emoluments attachment orders is worth preserving, but that it needs greater judicial oversight to protect against abuse.

But from now on, attachments will only be granted if it is ‘just and equitable’ to do so and the amount of the emolument is ‘appropriate’ Most importantly, the meaning of these phrases and how they apply to the debtor will be determined by a court before any order is granted. In practice, this will mean it will be much harder for creditors to get these orders, and this is good news for most South Africans.