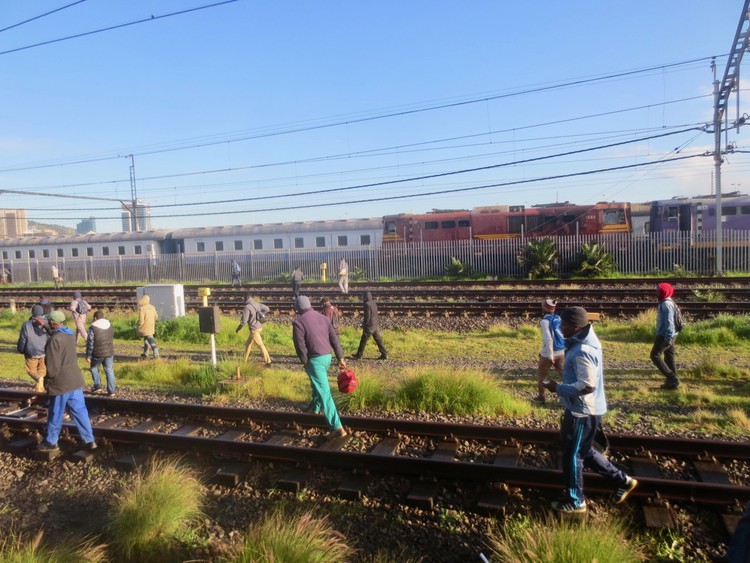 Civil society coalition #UniteBehind has called on Metrorail to extend the validity of monthly train tickets bought for September to the end of October in Cape Town.

Metrorail communications manager Riana Scott said such an extension or any other fare concessions could only be granted with ministerial approval.

In a statement #UniteBehind said: “According to Metrorail’s own statistics, on average more than half of all trains are late in Cape Town, rising to 90% of trains on certain lines at times. An average of 17% of all trains are cancelled, which can rise to 30% at times.”

“Poor and working-class commuters simply cannot afford to invest in a monthly ticket for a train service that operates according to arbitrary and uncertain schedules,” the organisation said.

Groundup spoke to some commuters using the central line to Khayelitsha.

“I start work at 8am at a restaurant in Sea Point, but I have to start preparing for work around 4am so that I get the 5am train. I used to board the 6:30am train but it is no longer available. I have to cut short my sleep,” said Andisiwe Dyantyi of Nyanga.

“I use trains because I can afford the monthly ticket of R175 to Cape Town. Using minibus taxis will cost me over R1,200 per month,” she said.

Thobile Greetwell Mamba, who travels from Khayelitsha to Paarl, said the train cost him R150 a month, otherwise he’d have to fork out R600 for taxis.

Many commuters have stopped buying tickets altogether and get on the trains at undesignated points. As the train approaches Cape Town station, where tickets are checked, people jump out of the train while it is in motion and walk to town.