They are demanding that the municipality first build them toilets 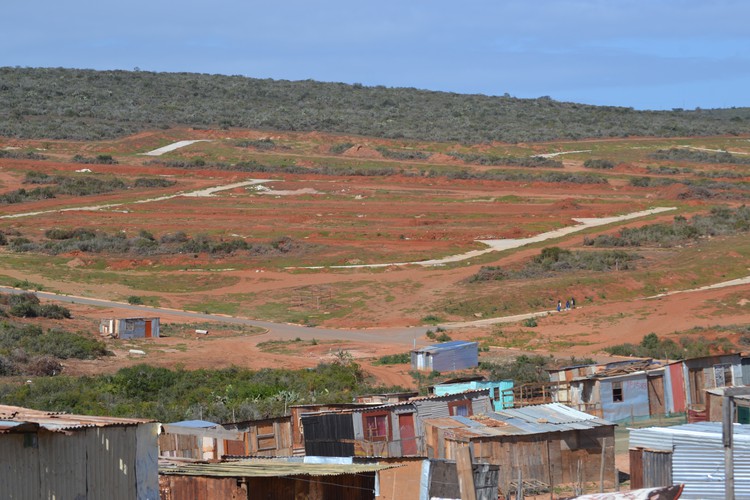 Residents of Bobani Village informal settlement in Uitenhage stopped work on a new housing project on vacant land next to their shacks on Monday. Photo: Thamsanqa Mbovane

On Monday, residents chased away bulldozers hired by the Nelson Mandela Bay Municipality.

The bulldozers were to clear land earmarked for the Phase 4 project where 540 informal structures with electricity, and access to water and toilets are to be built. Residents are opposed to the R30 million project.

In July, the community protested, demanding that 846 toilets be built as part of the municipality’s Covid-19 plan. The construction had been stopped. Bobani Village is the biggest informal settlement in Uitenhage with over 3,000 shacks.

Resident Phumlani Mthimkhulu said they were angry because the municipality had not consulted them about the project.

Area 11 committee chairperson Luyanda Manyamu said: “We are already experiencing overcrowding, therefore we cannot allow the municipality to bring people from elsewhere and put them near us.”

Municipal spokesperson Mamela Ndamase said: “The project prioritises the most vulnerable groups including the elderly, people living with disabilities and those with high risk illnesses. The ward councillor is engaging with residents from the area.”