With a week till deadline on Thundafund, not a cent has been raised 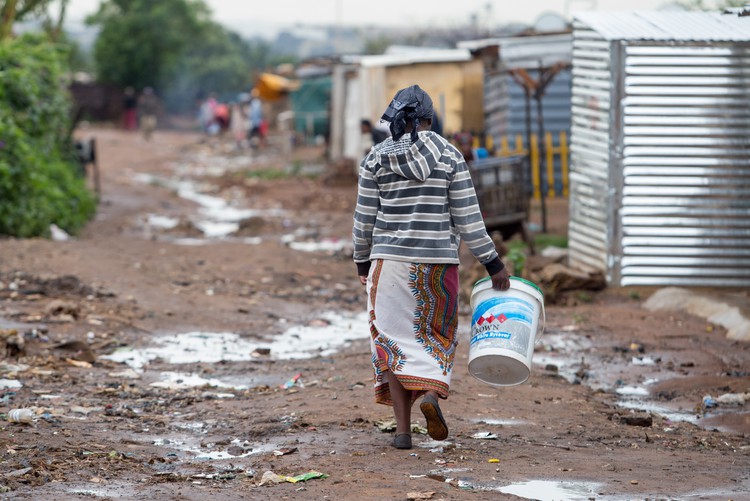 There is only one flush toilet in Mzondi. Photo: Ashraf Hendricks

“Everyone in the community donates as much money as they can. We buy the materials and we build these [pit] toilets ourselves,” says community leader Nyoni Mazibuko.

Mazibuko lives in Mzondi Informal Settlement, established two years ago in Ivory Park, East of Johannesburg. There are now about 300 shacks in Mzondi. The community has built 14 toilets.

The community started a Thundafund page to raise money for materials to build the toilets. But with only days to go to reach the 20 March deadline to raise the R41,250 needed for “tipping point”, zero has been pledged by the public so far.

Mazibuko said ideally they would like to have one toilet per shack. “But we don’t have the money to buy the materials. Many people who live here are unemployed, so they cannot contribute,” he said.

The makeshift toilet structures are made of zinc sheets, wood and scrap materials. One is a flush toilet. Only those who have contributed to it have access to it. Mazibuko said it cost about R3,000 to build.

Sharen Maaneke has lived in Mzondi for two years. Before that, she lived in Lindokuhle, a neighbourhood in Ivory Park, where she rented a place for R600 per month. She could not keep up the rent as she was unemployed. She moved to Mzondi where she built a shack for herself and her two children.

“I waited more than 30 minutes to use the toilet this morning. There are also worms in the toilets sometimes,” said Maaneke.

Margret Mabene said, “We try to keep these toilets as clean as possible but with about 100 people sharing the same toilet, this [smell] is what you get.”

“When we think about using the toilet, we feel dirty. We feel like we don’t have human dignity, but we have nowhere else to live, so we just have to make the best of it. This is why we are building our own toilets,” said Mabene.

Mazibuko said evictions were carried out by the Red Ants in May 2017. The community returned and rebuilt two weeks later. After that, they met with the Mayoral Committee Member for Human Settlements Lesiba Mpya in July 2017. Mazibuko said the community is still waiting to hear if Mzondi will be formally recognised.

Nombuso Nkosi, a media officer for the Ekurhuleni Municipality, said the municipality was aware of the “recently established informal settlement”, but it had obtained a court order in September last year allowing it to evict and demolish the shacks.

She said the community leaders approached the Water and Sanitation Department about the lack of toilets in the community, but the municipality could not build toilets because the “City of Ekurhuleni has the eviction order to give effect to demolishing and removing of those shacks”.