They are demanding to be integrated into the health department 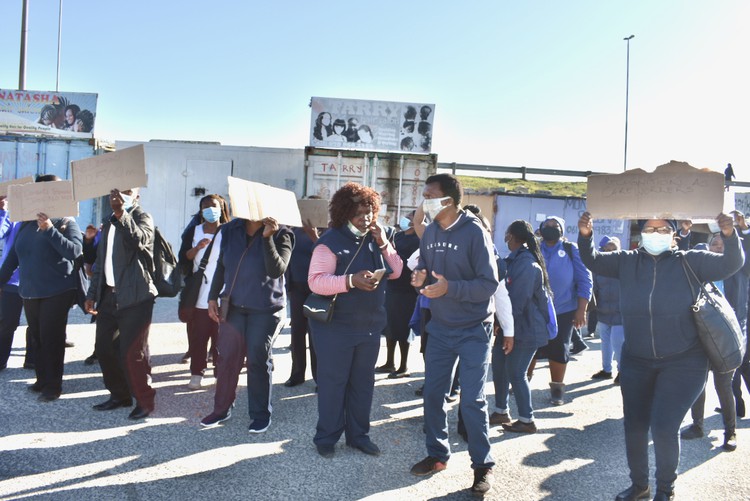 About 50 community health care workers protested outside Michael Mapongwana clinic in Khayelitsha, Cape Town, on Wednesday. They are demanding to be integrated into the Department of Health. In March and June they protested for the same reason.

Bongiwe Chipeio said they wanted community health care workers to fall under the provincial department of health, instead of being contracted through non-profit organisations which have agreements with the department.

“We have been ignored for far too long and we are tired. We want danger allowance because we are also in the frontline,” she said.

The workers had hoped to speak to Western Cape Provincial Minister of Health Nomafrench Mbombo who was scheduled to visit the clinic, but she did not arrive.

Kanyisa Bunyonyo said workers were shocked to receive an email telling them to visit ten households per day. He said they only had masks as personal protective gear (PPE) against Covid-19, yet “we are the very people bringing sick people to clinics”. He said they also put themselves at risk of criminals when walking around the townships.

Nwabsia Malambile said, “We were told to stay home because they knew we don’t have PPE, but now they want us back.”

“One of our own died due to Covid-19 so we need the department of health to provide PPE,” said Malambile.

The workers requested that clinic staff respect them and that when health workers visit clinics with patients they should not be kept in the queue for the whole day.

Nomawethu Sbukwana, spokesperson for the MEC, said the minister was at Site B Clinic for an Ubuntu Masks handover. Afterwards she agreed to a meeting with the community health care workers’ representatives.