Community clean up turns waste into arts and crafts

Clean My Space initiative in Khayelitsha has ballooned to 180 members 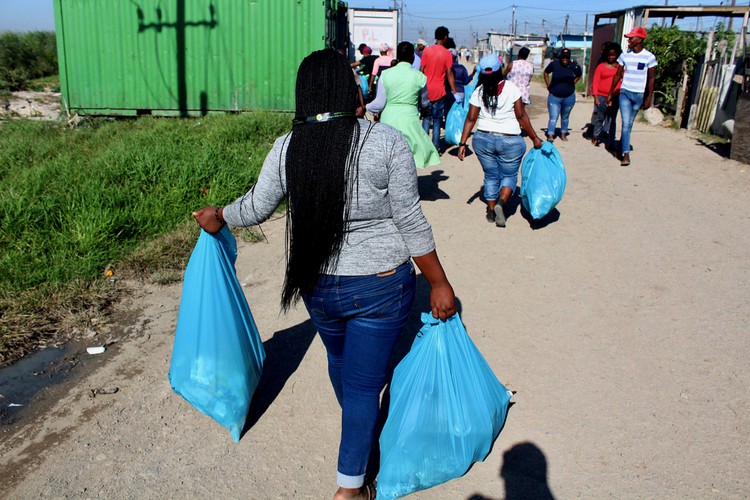 Clean My Space initiative volunteers in BM Section, Khayelitsha, collect and sort waste on a Friday

Clean My Space started on 17 May with just 24 members as a waste collection initiative and has since become a full blown campaign with 180 members. Residents from the informal settlements of Qandu-qandu, Green Point Phase One and BM Section in Khayelitsha, collect and sort waste, looking for items to turn into arts and crafts.

Malungisa Funda says, “We got together with residents and started putting out ideas of how we can address unemployment in our community. But we looked at it holistically, by trying to find out the challenges that our community faces. So we identified three thing – crime, unemployment and waste.” 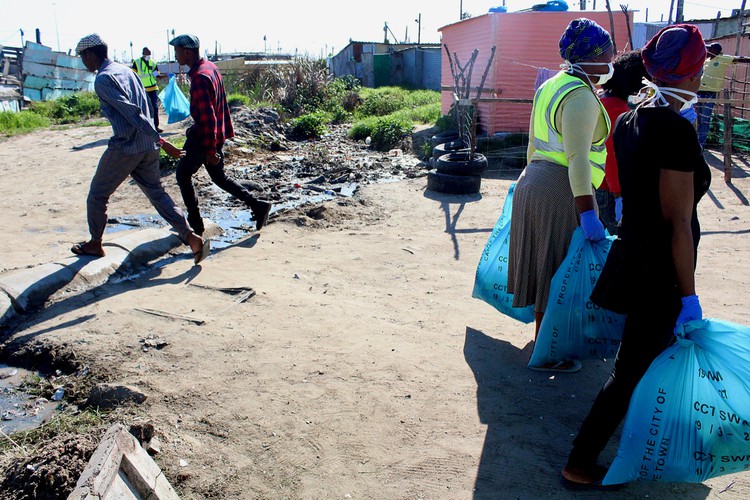 Funda says waste collection and illegal dumping are major problems, but they wanted to do something that would not only clean up the area but also get the community involved. They came up with recycling.

“We work from the Emmanuel Centre [in BM Section informal settlement]. We are a team, so we are not only made up of waste collectors but we also have volunteers who help us sort the waste and volunteers who turn the waste into something reusable. We do our waste collection every Friday from 11am to 1pm,” says Funda. 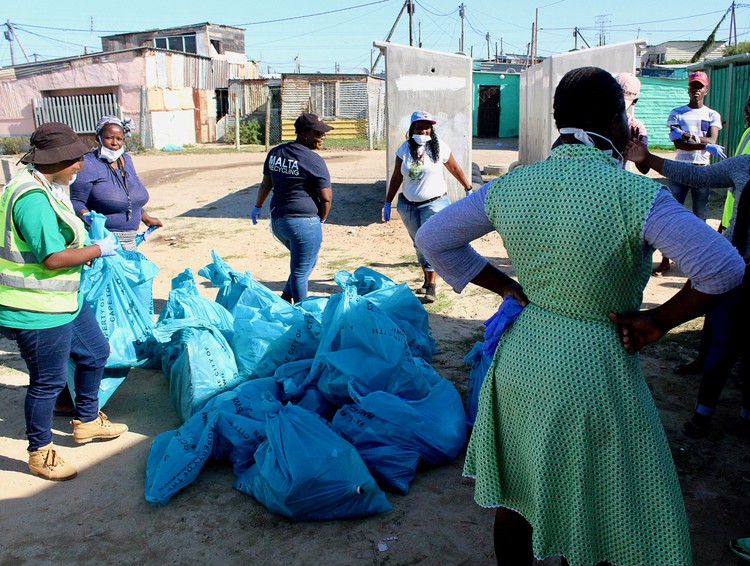 On a Friday, the Clean My Space volunteers divide themselves into small groups and identify areas where they will go and collect waste. They collect two-litre plastic bottles, paper and plastic. The group wears gloves, masks and reflector vests so that they are easily identifiable.

“In most of the areas we collect from we are known, because instead of just going to a place or a house and collecting the waste, we talk to people, educating them about our initiative and the importance of recycling.

“At the moment our challenge is the safety gear. Some of our members do not have reflectors [vests] and the gloves and masks were given to us by a local day hospital. We cannot keep asking the day hospital to sponsor us because they also need these things,” says Funda.

The waste collected in big blue refuse bags, is taken to the Emmanuel Centre where it is sorted.

Clean My Space volunteers create artwork and useful items such as jewellery boxes and school stationery holders, which Funda says will be on exhibition at an upcoming event on 16 June.

“Our plan is to make as much as possible so that we can exhibit and sell at places like the V&A Waterfront. We also want this initiative to go big so that we can get recognised by local government, businesses and municipality so they can support us,” says Funda. 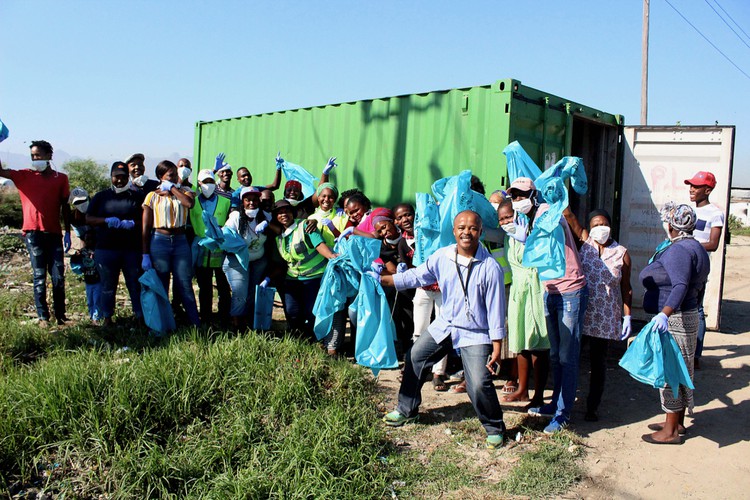 Malungisa Funda with some of the Clean My Space volunteers.