“No-one seems to be doing anything to fix it” 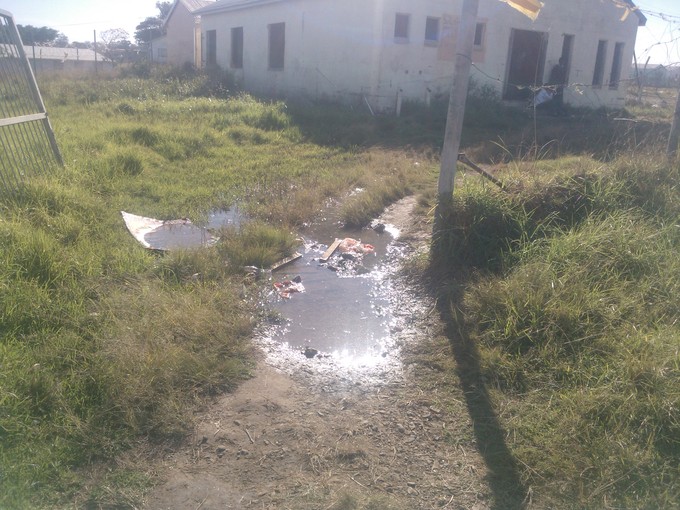 What was supposed to be a community centre for the small poverty-stricken settlement of Dice outside Wilsonia in East London has been left derelict.

Dice was established in 2002 when people from Duncan Village and Mdantsane moved into RDP houses built by the municipality. The population has since swelled with more than 1,000 families living in an informal settlement, with muddy roads, illegal electricity connections and no clinic or police station.

The centre, intended for community events and meetings, has been vandalised. There has been no security guard for four years, residents say.

She said a water pipe had burst months ago and the site was flooded and muddy. The centre is a SA Social Security Agency payout point and pensioners battled to cross the pools of water on payout days, said Nkonjane.

“The community cannot host any activities in the hall, such as beauty pageants and community meetings that benefit the growth of the community.”

Former councillor Ncumisa Mekane blamed the deterioration of the centre on vandals. “The pipes and the windows have been fixed a number of times but they keep getting vandalised,” she said.

Yonela Mzawa, a 17 year-old- student from Sophathisane High School, said youth groups could not use the hall. “No-one seems to be doing anything to fix it. It is actually promoting crime in this community because the gangsters of this area use it”