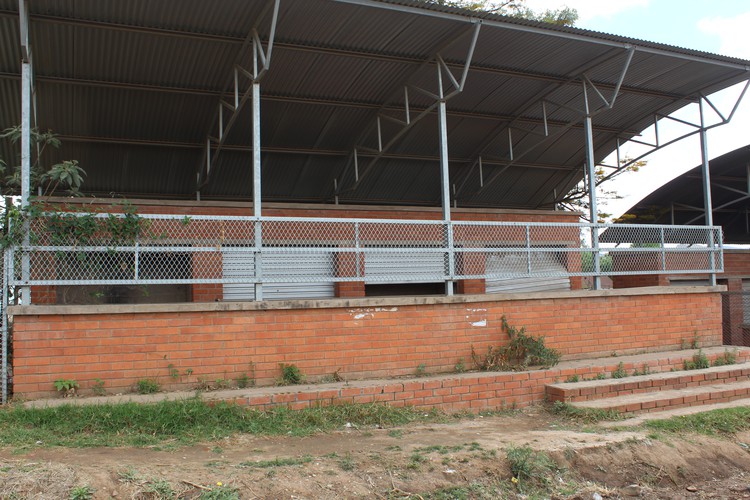 Traders’ stalls in Cofimvaba built at a cost of more than R2 million five years ago are standing empty. Photo: Nombulelo Damba-Hendrik

Five years after Cofimvaba’s R2 million vendors stalls were built, they are empty and are being vandalised.

Zuko Ntshangase, Intsika Yethu Local Municipality spokesperson, said the stalls were built between 2008 and 2009. The site was chosen to be near a planned new bus rank. At the time there was no bus rank and busses were using an open space in Church Street, closer to the stalls.

But when the bus rank was built the stalls were 700 metres away.

Traders interviewed by GroundUp said the municipality had stopped them using the stalls until they bought permits. The stalls are now empty and being used as toilets.

Trader Bulelwa Matyeni said she was surprised when law enforcement officials told traders to leave the stalls. “Now they are being vandalised,” she said.

Matyeni, who sells sweets, airtime and newspapers, said she could not afford to apply for a permit.

Bongani Mbangi from Cofimvaba Entlakwefolo village said building the stalls was a good idea but planning had been very poor. He said the stalls should have been closer to town where there are more people for the traders. The bus passengers were just passing through and did not buy, he said.

“Now they expect our people to pay for a permit. Where are they going to get the money to pay for the permit? It doesn’t matter if it’s monthly or a year; these people cannot afford to pay permits,” he said.

Ntshangase said the permit cost R82 and was renewed once a year.

He said the municipality had noticed that the stalls are being vandalised and had asked vendors to submit their applications and this would result in less vandalism. Some had already applied, he said.

“Hawkers use stalls absolutely at no cost. This applies to other stalls around Intsika Yethu. The purpose of erecting the stalls was not monetary gain but to ensure vendors operate their businesses in a clean and safe environment,” Ntshangase said.