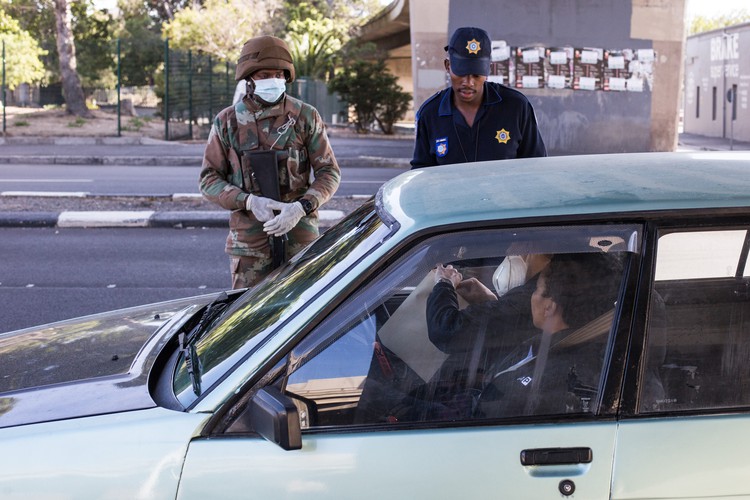 The Anti-repression Working Group are monitoring and collecting complaints made against security agencies operating during the lockdown. Archive photo: Ashraf Hendricks

A group of civil society organisations have created a platform to track and monitor human rights violations and abuses by the police, army and other security forces during the lockdown.

The Anti-repression Working Group is one of many working groups established by the Covid-19 People’s Coalition. The Coalition is a collective of over 300 civil society organisations, community groups, and social movements, including the South African Human Rights Commission (SAHRC), the Social Justice Coalition, and Lawyers for Human Rights.

The Working Group consists of hundreds of monitors across the country, who have been on the ground reporting back on how lockdown rules were implemented.

Kelly Gillespie, of the Anti-repression Working Group, said that at the start of the lockdown most people could not move around freely, unless they were an essential worker with a permit.

“We were very worried that if the police and military were on the streets with very little oversight, it was going to be a serious problem, particularly for people in townships,” she said.

Gillespie said they had asked the SAHRC “to extend their mandate towards activists and organisations that are working on the ground”. The SAHRC did not respond to questions sent by GroundUp.

Ghalib Galant, a member of the working group and Right2Know, said their monitors on the ground consist of middle and working class residents.

The Coalition also had smaller teams deployed to sites such as the former Strandfontein temporary site for homeless people and the Paint City site for refugees.

In addition to the monitoring, the group has created the Security Forces Violence Tracker, where members of the public can submit complaints about security force violations.

Thato Masiangoako is an analyst in the Working Group and a researcher at the Socio-Economic Rights Institute of South Africa. She said that the most common complaints received so far were for incidents of police brutality, unlawful arrests, and people being harassed or abused unprovoked.

“We want to be able to gather as much evidence about abuses during this time for both medium and long-term purposes,” said Masiangoako.

She said that urgent complaints on the site, such as assault, were passed on immediately for legal assistance and advice. This also helps people figure out how to proceed with opening a case against authorities if necessary.

Masiangoako said they are still working out how to share their data with the public. Since the beginning of the lockdown there has been an emphasis on militarising the lockdown as opposed to treating it as the public health crisis Covid-19 that it is, said Masiangoako.