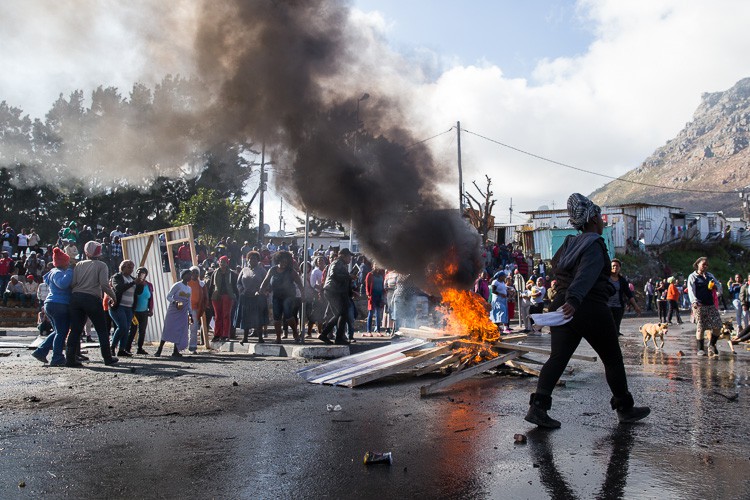 After several meetings with the Imizamo Yethu community that started on Monday night, Mayor Patricia de Lille said the City will recommit to plans and accelerate its re-blocking project across Madiba Square, the Shooting Range site and Dontsa Yakhe at the same time.

Community leader Nosicelo Mtekatana said that in the meeting, De Lille told them that the City will again serve the interdict it obtained in March to people who have rebuilt their homes in the three areas.

“We are hoping that this time we will see a difference, because we cannot continue to stay like that [in temporary relocation areas], and we also hope that people [who rebuilt] will start moving today, so that re-blocking can begin,” said Mtekana.

She said a timeframe had not been given, but the community planned to engage more with the City to make sure that there were results this time.

Pamela Sofika, a resident who has rebuilt, confirmed that City officials were walking around the area on Tuesday handing out the interdict. She says they were giving the interdicts to anyone standing on the road, and not going door to door.

“They [the City] were suppose to act on the interdict on the first of June, but they didn’t, because they know we are within our rights to be here. We know the Constitution. We did not invade this land,” said Sofika.

She said the community were consulting their lawyers on the Prevention of Illegal Eviction Act.